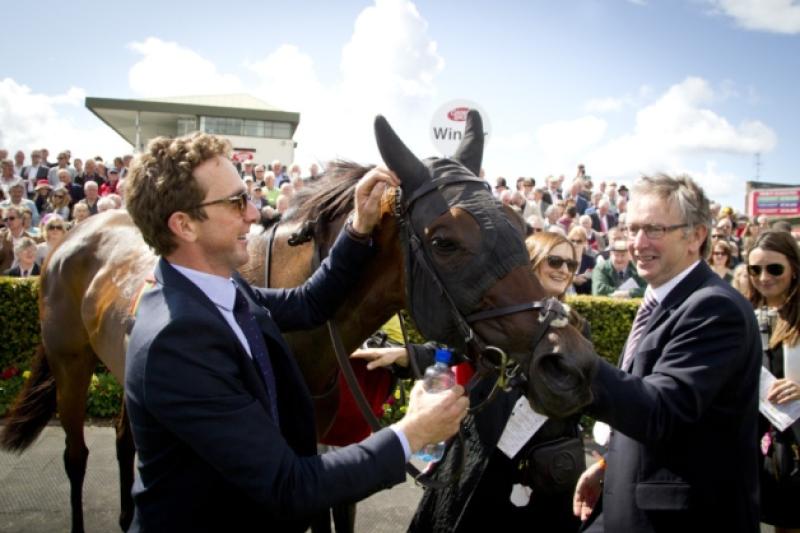 Don’t you just love to see the small man sticking it to the big lads sometimes? Of course you do!

Don’t you just love to see the small man sticking it to the big lads sometimes? Of course you do!

I just love those kinds of fairytales that come out on the right side sometimes, writes Barrie Henriques. Garrett Power is a young man who has two great interests in life. One is hurling, having played with his beloved Windgap for a few years, before turning his concentration and expertise towards the Sport of Kings.

Starting as a jockey with the Joe Crowley and Aidan O’Brien stables, Garrett turned his hand towards the training field. Again, he was with Joe Crowley and in truth he could not have wished for more as a preparatory school for his training ambitions.

In a small operation up at his stables in Tullahought, Garrett has seen a modicum of success this season. He has nine horses in training, and with five winners thus far, the Kilkennyman is doing ok.

“I’d like to get another few winners for my supporters under my belt, but I need to be patient,” he remarked.

However, last week in Galway, the young man from Tullahought struck gold.

Everything is relative. When you analyse all of the hopefuls from the big racing establishments who make the pilgrimage to Galway in the hope of getting winners, and might get one or two - some get nothing - and then you see a young pretender taking up a couple of horses, and returns with a 50% strike rate, you have to admire his courage and conviction.

Lilly the Lioness ran the race of her life to win the mare’s hurdle under Mark Enright on Thursday afternoon. She had Pat Fahy’s Crystal Earth with Ruby Walsh aboard a length and a quarter behind her, with the highly-rated Harry De Bromhead’s Give Her Bach, a further five and a half lengths further back.

Such was the euphoria afterwards, Garrett could scarcely get the words out when interview by Tracy Piggott in the winner’s enclosure after the race.

The win was a source of great satisfaction to Pat McCarthy (owner) from Lismore, and to many others around the neighbourhood. I had plenty of satisfaction too, considering that Garret was a member of a winning combination years ago when Brendan Fennelly and myself were managing the Windgap teams.

At 8/1 I was thrilled to have a ‘touch’. I have still to find out if Fennelly earned a few bob.

As I said at the outset, these are the kind of stories I love writing about. There is still room at the big table for the sporting underdog!