Runners add a Dash of
colour to Patrick’s Day! 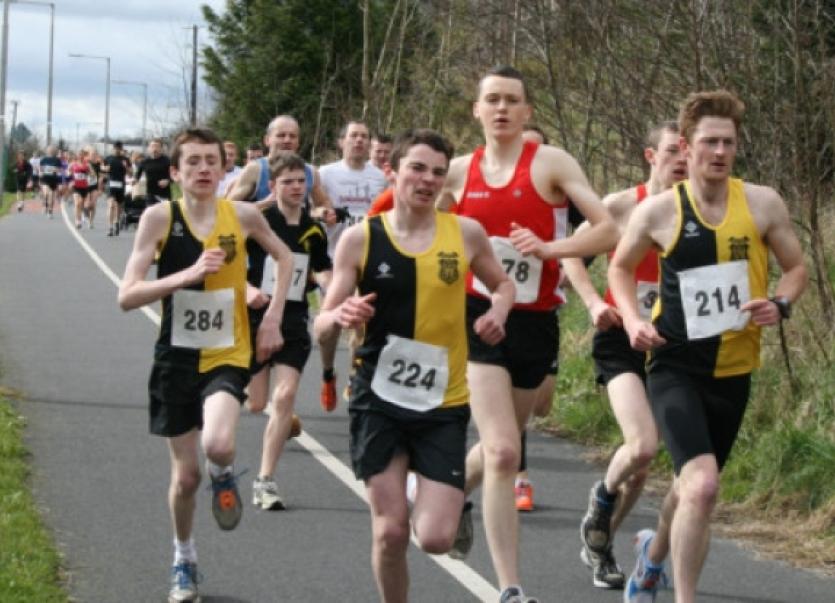 WHILE some people painted the town green on St Patrick’s Day a record number of runners hit the streets of Kilkenny for a good cause.

WHILE some people painted the town green on St Patrick’s Day a record number of runners hit the streets of Kilkenny for a good cause.

The Fit4Life St Patrick’s Day Dash has become a firm favourite with runners from across the county and beyond, with this year’s event reporting a surge in competitors. A total of 325 runners crossed the finish line on Sunday, up from the 253 who entered in 2012.

The event, which this year raised money for the St Canice’s NS Autism Unit, attracts all grades of runners. For some it is the achievement of completing the course; for others it is all about competing against themselves and trying to get a decent time for the distance while up front it is a serious race. The course itself was challenging, with runners starting from the Watershed and travelling down to the Castle Park and back to the Watershed to finish.

The course had a sting in the tail, with the last kilometre including the infamous Black Quarry Hill and a long run in from the Thomastown Road roundabout.

Kilkenny City Harriers (KCH) runner Ray Lonergan was certainly equal to the task, crossing the finish line in first place with a good time of 17 minutes 35 seconds for a testing course.

Martina O’Dwyer of Carrick-on-Suir AC was the first woman across the line in a time of 19.26. Niamh Richardson was second in 20.11 with Sharon Cleere third in 20.27. KCH athlete Anna Shehan was the first junior to finish.

Competing in San Diego, California - Hickey is in college in the States - she had four throws in competition, breaking her personal best in three.

Full details of the open day are available on www.stsenansac.com

The event will act as a school fund-raiser.