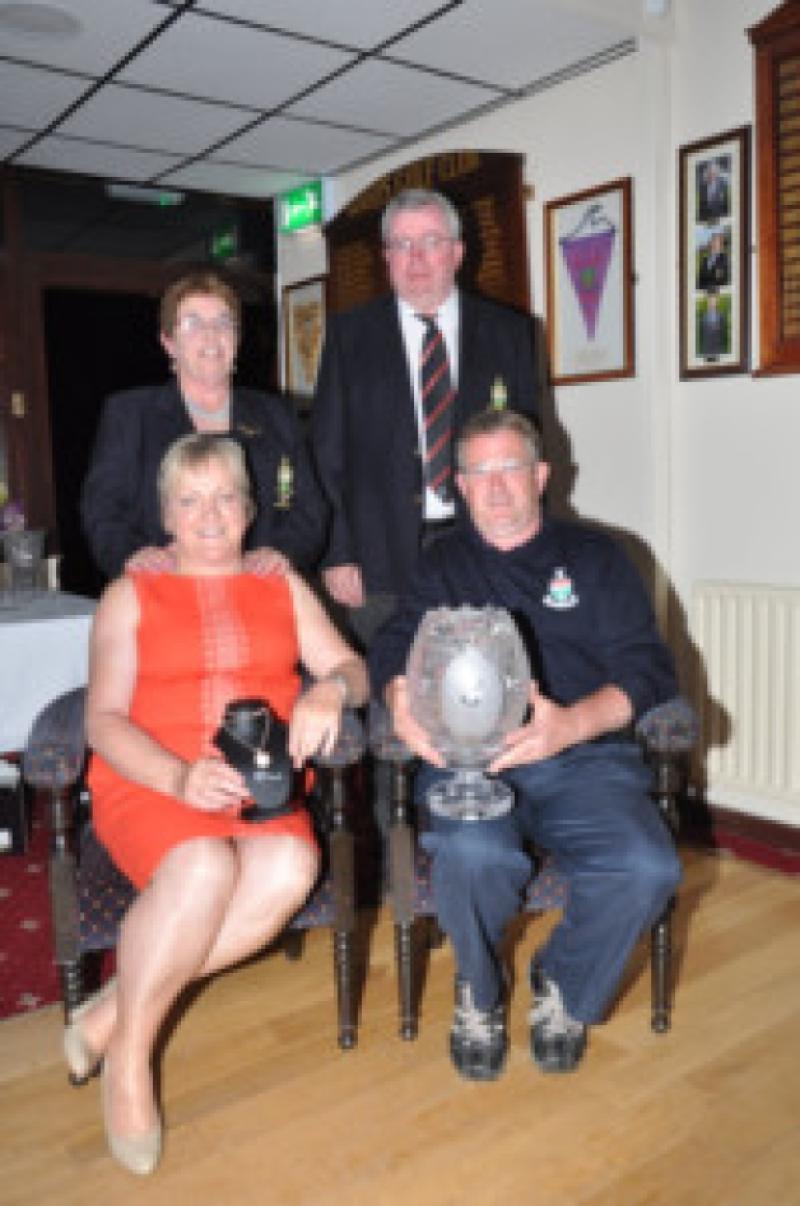 GOLF will take a back seat at Callan GC this Saturday when the club holds a firewood auction at the course.

GOLF will take a back seat at Callan GC this Saturday when the club holds a firewood auction at the course.

Owing to storm damage to the tree population during the Winter, the practice ground will host the fund-raising auction on Saturday for six loads of firewood. The auction starts at 12 noon, with the lots of wood available for viewing beforehand.

All members and friends of the club are invited to attend with Michael Grace, auctioneer, handling the sale. Payment for the lots is on the day with all successful bidders asked to take away their purchases on Saturday also.

INTER-CLUB - The Junior Cup team bowed out at the qualifying stage in Birr, but other teams will be in action soon. The Jimmy Bruen side travel to Castlecomer on Saturday, June 15 for their regional qualifier. The South Leinster team will be in action before then, as they compete against The Heath this Saturday. Team manager Paddy Donovan has assembled a fine side to play the tie, which will be held in Portlaoise.

The Pierce Purcell team will also be in action over the next couple of weeks. Full details to follow.

RGA - The seniors will compete for the Jack O’Shea Trophy on Monday.

THE Junior Scratch Cup attracted a large field to Mount Juliet GC on Sunday with a large entry of competitors vying for honours.

The competition (handicap range 5 to 10) resulted in a fine victory for local member Luke Donnelly. He returned a fine one over par 73 gross to claim the prize.

Donnelly had nines of 35 and 38 shots respectively for each nine holes. He had five birdies in his round of 73 (and three double bogies) coming at the first, fifth , eighth, 10th and 12th holes.

The winner claimed victory by a shot from the Callan duo of Martin O’ Halloran and John O’Dwyer who returned a 74 each for second and third spots. The best nett prize was won by Shane Rowan from Athy GC with a 68 nett.

SUMMER - The member’s Summer League was also played on Sunday last before the Junior Scratch Cup, resulting in a win for another young up and coming golfer. Timmy Howes returned a solid 37pts to claim his first win in the league. Timmy had nines of 19 and 18 points respectively on his way to victory and he finished one shot clear of Paul Madigan and Eugene Colgan.

A LARGE field of 303 golfers set out to win Seamus McGuinness’ Captain’s Prize at New Ross GC over the weekend.

The course was in magnificent condition, drawing praise for Seamus Power and his team for their continued hard work. Scoring reflected the challenge that the course has become, with all the spinneys in play and quick greens.

Leaders after the qualifying round were Declan Merrigan (66) and Jim Byrne (67). Both were part of the final group who fought for top honours on Sunday but, in a dramatic finish, Jim Meggs held off both of the early leaders to nab the spoils on a countback. Meggs took the title by returning two 70s for a 140 total.

Jim Byrne saw his chances slip away on the 18th. Declan Merrigan fought back from a poor start, but his 140 total also fell short on the countback. Andrew Ryan finished fourth with 142, with the gross prize going to scratch golfer Robbie Farrell.

The Captain’s mixed competition was won by Peter Goggin, Sean Murphy and Pat Rownsome. The trio had a great score of 46pts, thanks in no small part to Peter’s eagle on the fifth. Pat Whelan, Dick Merrigan and Pat Rownsome were second, finishing ahead of Sean Furlong, John Howlin and Maria Burford.

OPEN WEEK - Open Week starts this weekend with the Frisby Kitchens open 18-hole fourball on Saturday and the Colorman Printing 18-hole singles event on Sunday. The competitions continue throughout the week. Entry fee for visitors is E15.

A full list of competitions is available online. Bookings can also be made online.

MATCHPLAY - The fourball and foursomes matchplays are now underway, while entries are now being taken in the pro shop for the singles matchplay. This year’s competition will be divided into sections, based on handicaps, with a view to ensuring that the matches are competitive and with an eye on team selections for next year.

LADIES - The men’s captain’s prize to the ladies was postponed last week owing to the death of former captain and president Kathleen Pyne.

The competition has been rescheduled for today (Wednesday). It will be an 18-hole stroke medal competition.

The Boyne Trophy team will be in action tomorrow (Thursday) against Kilcoole GC at 4pm. Two pairs are at home with three away. All support would be appreciated.

SENIORS - There were smaller numbers than usual for the seniors’ weekly event but competition was still keen, with 12 teams competing.

The seniors will hold their regular outing tomorrow (Thursday). Draw time is at 10.40am.

The competition on June 13 will be an open three-person scramble. Teams have been posted on the club website.

GREAT golfing weather greeted all who competed for the junior and intermediate scratch cups at Castlecomer GC over the weekend.

Micheal Coogan blew a massive field away to win the Intermediate Scratch Cup with a score of 78 gross. Micheal beat Adam Dempsey, who scored 80 gross. John Phelan took the nett prize with 70 nett followed by Eamon Fitzgerald, who took second nett with 71.

SENIORS - The seniors (ladies and gents) will have an outing to Mountrath GC on Wednesday, June 12. All golfers are asked to assemble at 10am sharp.

The winner was Gary Owens who, playing off 18, recorded a fabulous score of 41pts. He was closely followed by Richard Dowling(7) on 40pts and John Sheil(18) with 39pts.

Gary will now be part of the Mountain View team to represent the club in the 3Ts provincial finals in September. The ladies will play their qualifier later this month.

The club will host a classic in aid of the Waterford Children’s Group Link on Saturday, June 29. A four-person team event, two scores will count on every hole (handicap limits: men 22, ladies 28). Entry fee is E100 per team.

THERE was a big attendance for President Justin Manning’s prize at Borris GC over the weekend, the fabulous weather leading to wonderful golf.

The competition was an 18-hole single strokeplay event with a nine-hole play-off on Sunday evening. M.J. Doherty qualified with a 64 nett and was a deserving winner over the 27 holes.

INTER-CLUB - The Provincial Towns team lost to Wexford on Saturday. The Central Towns team were also beaten, losing to Mount Wolseley on Friday.

DIARY - Friday to Sunday: Borris GC Development Classic. Entry fee is E100 per team. Members are reminded that all development raffle tickets must be returned before the classic.

THE Carrickshock GAA club will hold their golf classic at Callan GC on Friday, June 14 and Saturday, June 15.

Further information is available from any Carrickshock GAA club member.