Amazing Grace is an Elite champ 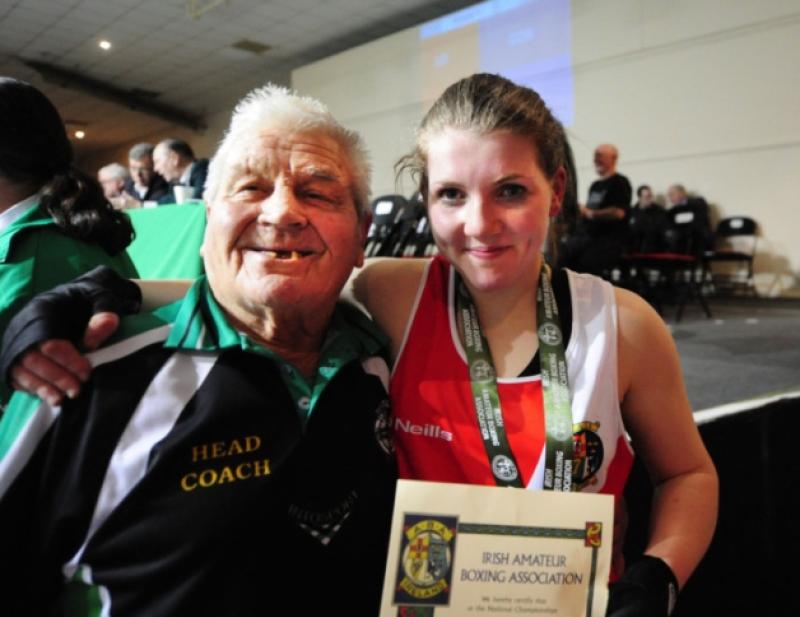 Talented Kilkenny boxer, Clare Grace, added to her growing reputation on the national scene when she recorded a comprehensive win in the Quick Park national Elite women’s championships.

Talented Kilkenny boxer, Clare Grace, added to her growing reputation on the national scene when she recorded a comprehensive win in the Quick Park national Elite women’s championships.

The Callan boxing club member was the clearest winner in the 11 finals in the National Stadium on Saturday night when she claimed her fourth national senior title, and second Elite championship. Grace (20) totally out-classed the durable Laoise Traynor (27), Bray BC, to take the 69kg class on a unanimous decision.

“She carried out the fight plan to perfection,” insisted Callan boxing club coach, Jimmy Walsh. “We knew Clare had the winnings of the title, and it was a matter of being careful and not doing anything silly.”

Grace won every round at her ease. Her hand speed and quickness of step proved too much for an opponents who, to be fair, never took a step back and pressed her opponent as best she could. But Grace danced and ducked and used the ring space really well as she landed hard and accurate punches. At one stage the referee appeared to be considering stopping the bout.

The Kilkenny girl danced from the first bell, and twice during the opening round she nailed Traynor with stinging left hooks to the head. That left cross was Grace’s most deadly weapon, and twice during the second round she knocked her opponent back when catching her full on to the head. Traynor enjoyed a good third round. Once when she caught her opponent on the ropes she was driven back by a flurry of right and left combinations. The Callan club member danced through the last round while all the time running up a big score.

Clare won the same division last year. Between March 27 and 30, Clare will travel with eight national championship winners to participate in two tournaments in Germany, which should enhance her growing experience on the international stage.

Working Clare’s corner as ever on Saturday was Jimmy Walsh, who is in his seventies. He put off having a hip replacement operation to be at ringside. He was in hospital on Monday preparing for surgery.

Paulstown’s Aisling Byrne (81 kg) got a walkover in her final.

In the men’s Elite finals, former Olympian Darren O’Neill, was somewhat unlucky when losing on a split decision to Michael O’Reilly, Portlaois. The vastly experienced Paulstown man battled all the way in this middleweight (75kg) bout, but he was pipped at the finish.

“I look back on it and felt I should have gotten it (the result),” a disappointed O’Neill said afterwards. “A bad first round, tight second but I won the last by a county mile.”