Here’s to a happy 50th for the Kilkenny ’Cup 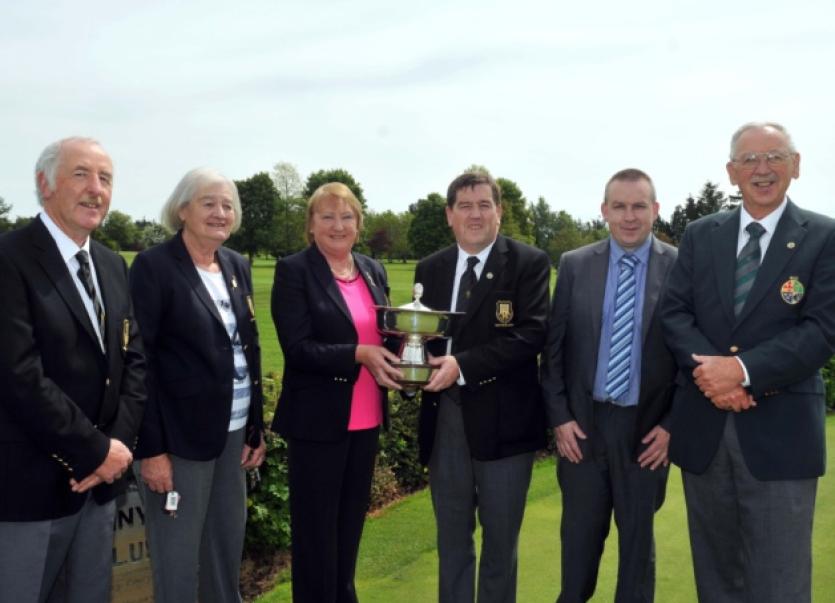 The top amateurs in the country, North and South, will tee off at Kilkenny golf club on Saturday, June 21 in the 50th playing of the Senior Scratch Cup.

Harrington won what is regarded as one of Ireland’s leading amateur events in 1992. Later he turned professional and he has since won three Majors.

The event was first staged in 1964 when it produced a home winner in popular city businessman, Tommy Duggan.

The field of players this year will be very select. Handicaps are maxed at two and the entry will be restricted to 63 players.

The prize fund has been swelled to nearly €2,000. The winner will receiver €700, which puts the Kilkenny Senior Scratch Cup right up there with the best in the country.

Kilkenny Captain Denis Brophy said quite an amount of planning and preparatory work by the Senior Scratch Cup committee has gone into the upgrading of the event in this special year.

The plan was to make the ’Cup extra special for all participants, he added at the press launch. The closing date for entries is Thursday, June 12.

He thanked David Buggy of David Buggy Motors, the main Kia dealers in Kilkenny, for their generous title sponsorship of the event. He also thanked Mark Dunne of the Newpark Hotel, Smithwick’s Brewery and Modern Printers for their valuable support.

Quite a number went on to enjoy success in the professional ranks.

Mr Brophy welcomed everyone to attend on the day and to give visitors a warm Kilkenny welcome.

“This is a wonderful opportunity to see some of Ireland’s best amateurs playing,” he said.

There will be a shotgun start at 8.30am. The second round commencing at 1.45pm.