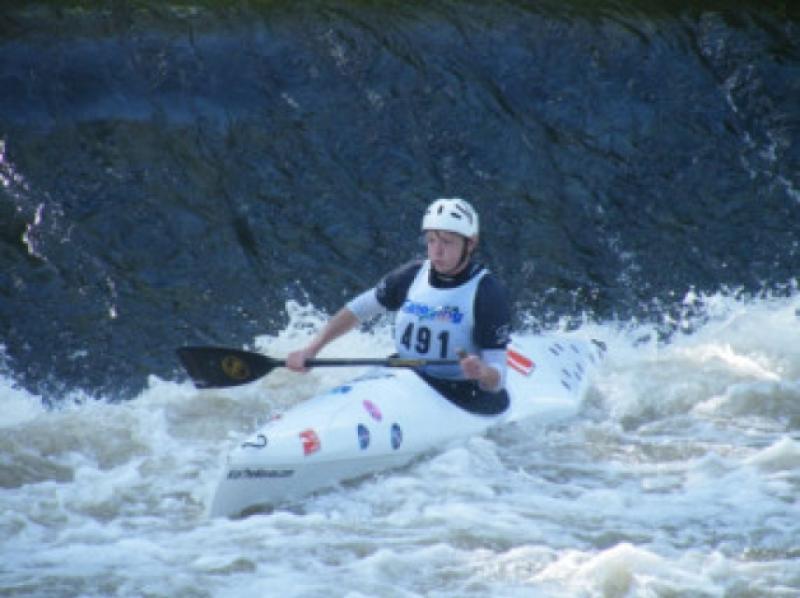 A Kilkennyman who travelled around Europe, tackling some of the world’s toughest waters, has come home with a silver medal for his efforts.

A Kilkennyman who travelled around Europe, tackling some of the world’s toughest waters, has come home with a silver medal for his efforts.

Michael Brennan, a member of the Thomastown Paddlers Canoe Club, competed in a series of races compiled by the International Canoe Federation. The ICF lists the best races from around the globe, forming a league in which some of the top racers compete.

This year’s races were in Holland, Spain, Portugal, Australia, Sweden, Denmark, Italy, Czech Republic and the Liffey Descent. Racers can choose to race some or all, with overall results based on their best three finishes.

Brennan had a fantastic run in the series, narrowly missing out on gold in the Canadian One (C1) class. Having competed in the World Wild Water Championships in May, Brennan looked for a new challenge and took up C1 racing in the Summer. Unlike kayaking, where one sits down and has a double sided paddle, C1 paddlers kneel in their craft and use a single sided paddle, meaning Brennan had to learn a completely new type of movement.

Brennan took to the C1 class like a duck to water, storming home to win the Liffey Descent and the 100pts the race offered. Needing to compete in three events to be in the running for the title, a week later he jetted off to the Czech Republic to compete in the 38km Cesky Krumlov River Marathon.

Facing a step-up in competition, a competent and assured race saw the Paddler finish fourth and earn another 50pts. With the Series finale in Italy last week, Brennan knew a podium finish at the Adige River Marathon would secure a medal. A powerful race against some top competitors saw him come home third on the day and second in the overall standings, a fantastic achievement for a paddler so new to this side of racing. Accomplished racer Tomislav Lepan from Croatia took the overall win.