Gowran beckons for the Thyestes Chase 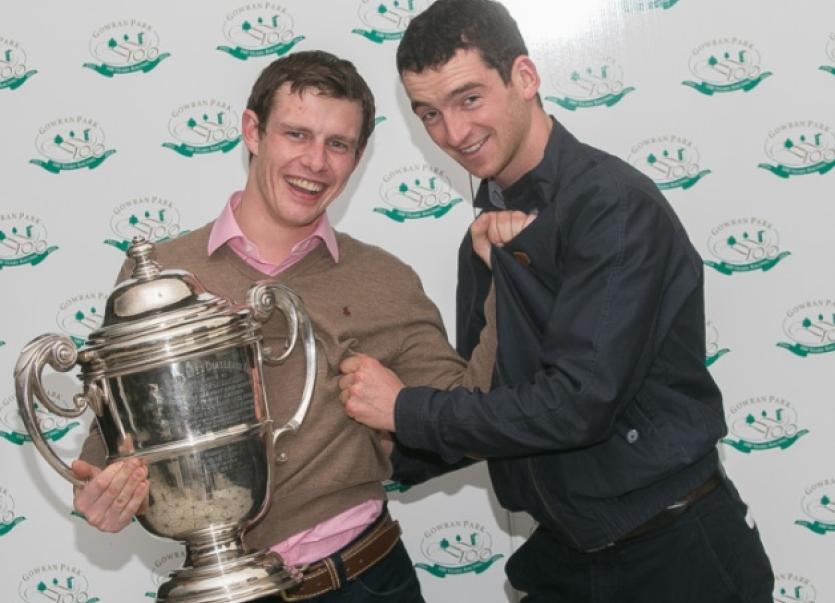 Gowran Park stages its biggest race day of the year today (Thursday) when the Thyestes Chase takes over the Kilkenny venue.

Gowran Park stages its biggest race day of the year today (Thursday) when the Thyestes Chase takes over the Kilkenny venue.

The Thyestes Chase is the biggest event run in the South East of the country and is akin to a national holiday in Kilkenny and surrounding areas.

First run in 1954, when it was won by Prince Of Devon, the race boasts a who’s who of the top chasers among its winners, including Arkle and Flyingbolt, two of the greatest chasers of all time.

Leading the charge this year will be Willie Mullins. With five wins in the race under his belt he will be hoping to notch up a record sixth victory with his stand-out entry Djakadam, who will go to post a warm favourite.

Well backed for the Hennessy Gold Cup at Newbury in November, Djakadam looked as though the trip was slightly beyond him that day. He will strop a lot fitter this time and looks the one to beat.

Mullins enjoyed a three-timer at Thurles on Thursday but saw one of his main hopes, Champagne Fever, crash out at the final fence in the Grade Two Kinloch Brae Chase when well in contention.

Having found the three mile trip of the King George beyond him on St Stephen’s Day, the classy son of Stowaway was expected to return to winning ways and punters sent him off an odds-on favourite in spite of the presence of the unbeaten Don Cossack.

Jockey Ruby Walsh threw down the challenge to the rest of the field right from flag-fall, sending Champagne Fever to the front. The tactic looked like paying off as the eight-year-old was full of running heading to the second last fence.

A good jump seemed to seal the issue but Don Cossack, under a strong drive from Bryan Cooper, got back into the race. The pair rose to the last together only for Champagne Fever to knuckle on landing and bite the dust.

Opinion was sharply divided as to what would have happened had the latter stood up, Cooper was adamant that he was getting the better of the battle, but Champagne Fever’s fall denied the crowd a grandstand finish.

Winning handler Gordon Elliott said his charge, who conceded 2lb to Champagne Fever, is a stronger individual this term. He will have multiple entries at the Cheltenham festival but his target will be the Ryanair Chase, sponsored by his owner Michael O’Leary.

Champagne Fever is certain to be on the Mullins team and will be strongly fancied in whatever race he contests.

Another horse that will travel with high hopes for Mullins is Vroum Vroum Mag, who had just a nice piece of work to capture the two mile and four Grade Two mares Novice Chase.

Unbeaten in two outings over fences, the six-year-old was an odds-on chance. Punters brave enough to trade had a scare at the second last when Vroum Vroum Mag pecked on landing, but soon recovered to win unchallenged by 26 lengths from Elsie.

This looked a high class display by the winner. It will be interesting to see where she figures in the trainer’s plans for the Cotswolds meeting, but she looks to be an exciting prospect.

Favourite backers had their fingers badly burned in the two mile and six WT O’Grady memorial novice hurdle when the Mullins runner Measureofmydreams got the better of stable companion Milsean after looking to be well beaten off the home turn.

Bryan Cooper, retained jockey to the Gigginstown House Stud of Michael O’Leary, elected to ride Milsean. This looked to be the correct decision but after looking all over a winner at the second last the Milan gelding found little when asked to pick up, leaving the way open for Measureofmydreams to get up after the final flight and win going away by a couple of lengths.

While admitting that he was surprised by the result, Mullins made no secret of the fact that he might have underestimated the potential of the winner. Two very nice novices, we will not see the best of them until they go chasing next season.

Former top rider Adrian Maguire was the villain of the piece when he caused a 66/1 upset in the opening maiden hurdle with Knockraha Pylon, who had not caused any ripples in her two outings so far.

It was just as well that she could not read the form book as she was always up with the pace and ran on strongly in the closing stages to take the money by two and a quarter lengths from the Dermot Weld runner Zafayan.

Maguire told me that he was not surprised by the result as the winner is tough and game. She likes the testing conditions and will be aimed at a winners race next time out.