Class field lines up for the Thyestes Chase 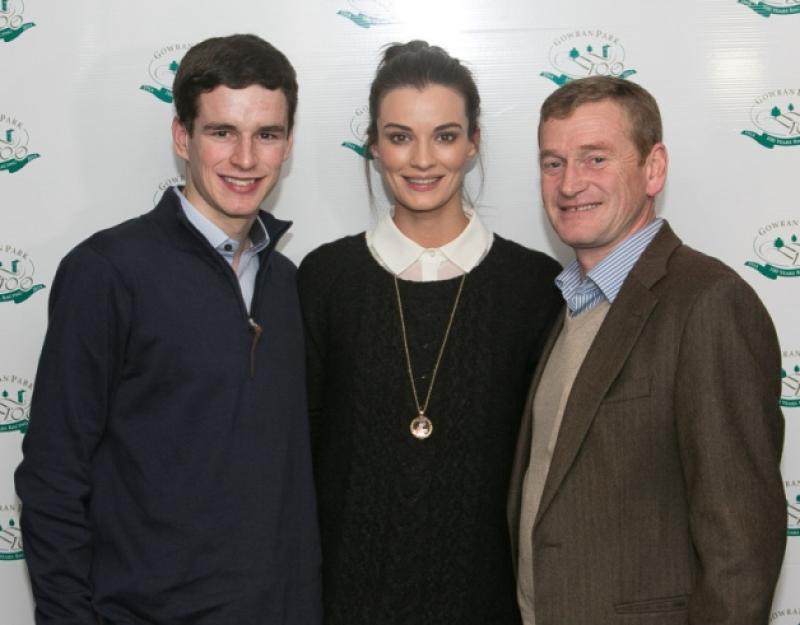 Gowran Park Racecourse have announced the entries for the Goffs Thyestes Chase which will be the first race meeting of Gowran Park’s centenary year.

Gowran Park Racecourse have announced the entries for the Goffs Thyestes Chase which will be the first race meeting of Gowran Park’s centenary year.

Also announced was the news that Goffs, Ireland’s leading bloodstock auction house, has committed to a further four years as title sponsor of the prestigious €100,000 Thyestes Chase.

Cootamundra, who credited connections with a big race success in the Troytown Chase at Navan last November, will bid for his second valuable pot when he lines up in the €100,000 Goffs Thyestes Chase at Gowran Park on Thursday of next week.

John Berry, who trains the 11-year-old said: “After he won at Navan, we said that we’d give Leopardstown a miss as he is better fresh. He would prefer drier ground, but he has won on heavy ground before so he’ll take his chance. He is in super form.”

Tom Foley will run the progressive Playing. He said: “He might be eleven, but he has very little racing done. He loves this deep ground and the more rain that comes for him the better. He won his last two chases very well and he is creeping up the weights, but he deserves to take his chance in a better race and I am looking forward to having my first runner in the Thyestes.”

Willie Mullins has plenty of options and is responsible for eight of the 41 entries. They include Grand National hopeful Prince De Beauchene and former winner On His Own.

Mullins said he hoped to run as many as he can. On His Own, he reminded, won this race for the stabel in 2012, but it won‘t be easy for him off his revised mark.

Paul Nolan will be double-handed with Sweeney Tunes and Panther Claw and he remarked: “Panther Claw needs a few to come out to get in, but he is in super form and he has a nice weight on his back and he will love the ground.”

He added: “Sweeney Tunes has plenty of weight, but he goes on this ground and he ran well enough in the Paddy Power at Christmas time. They are both solid staying chasers and the plan is that they will both run.”

Jim Dreaper will be represented by the novice Los Amigos and he stated: “He lacks experience but three miles on soft ground is fine for him. He is in good form. If he gets into the race, he will run.”

Goffs Chief Executive Henry Beeby said Goffs were committed to supporting National Hunt racing in Ireland and they were proud to extend the sponsorship of the Thyestes Chase at Gowran Park.

“The year 2013 was a superb one for Goffs with remarkable results on the racecourse and excellent trade at each of our National Hunt Sales,” he said. “A new record price of €215,000 was achieved at the Land Rover Sale as well as a 91% day one clearance rate and major increases in average and median.

“The Goffs Thyestes Chase is the perfect platform to launch the 2014 Land Rover Sale and we wish all our vendors and purchasers continued success over the coming year.”

Gowran Park General Manager, Eddie Scally said they were thrilled that Goffs has extended its commitment to the Thyestes Chase.

“It’s another cause for celebration as we kick-start our centenary year at Gowran Park,” he added. “Goffs is a prestigious and valued brand with a strong history and this partnership with Thyestes will only add to the renown of the race which is one of the highlights of the Irish National Hunt season and we are delighted with the quality of this year’s entries.”