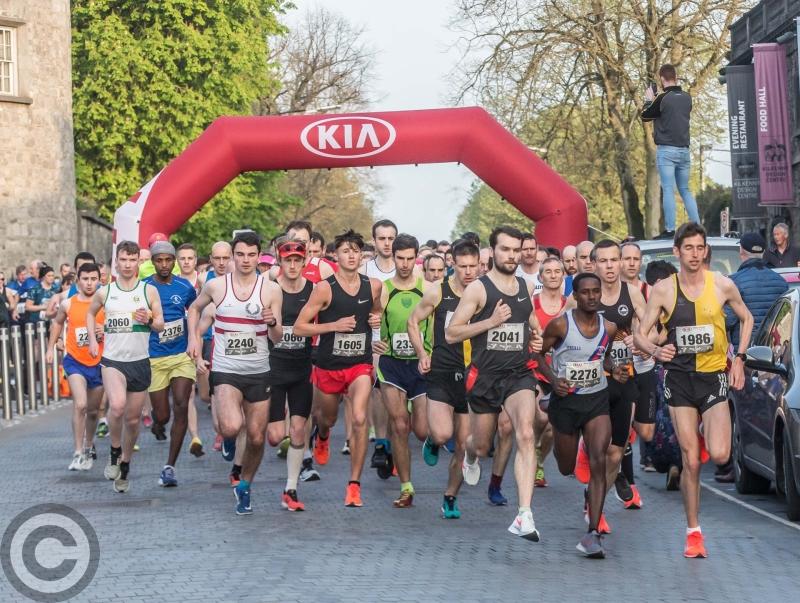 Thos Hayes leads the field from the start line of the 2019 Streets of Kilkenny 5K Picture: Pat Moore

Local running fans can mark the date on their calendars with glee from this Friday as the Streets of Kilkenny 5k opens for business.

The 2020 offering of the popular event will hit the city’s streets again on Holy Thursday, April 9. Organised by Kilkenny City Harriers the run, which has gone from strength to strength, will open up for online registrations from Friday.

For people who are quick off the mark there will be t-shirts for the first 500 people who register. Organisers will also have a bespoke medal for all finishers of this year’s race.

Designed to give Kilkenny people what they wanted - the chance to run through the city streets - the 5K gained attention further afield when it became part of the Kia Road Race Series for 2019.

It will be part of the national series once more in 2020, bringing runners from all over Ireland and beyond on a tour of the country as they battle to win big prizes.

Once more there will be cash prizes for the fastest finishers in both the men’s and women’s categories, as well as bonus prizes should the record times be shattered.

The time to beat for men, 14:15, was set by last year’s winner Hiko Tanosa from the Dundrum South Dublin Athletics Club. The women’s record is held by Sinead O’Connor from Leevale, who saw off a late charge from former winner Siobhan O’Doherty to win in 16:48.

The race will have the same route in 2020, with runners starting from Kilkenny Castle. The field will head down High Street and go out over St Francis Bridge, coming down John Street before taking on a second loop.

The course offers the chance to achieve a personal best, while also providing the opportunity to run freely through the city centre.

Further details on the race will be available on www.kch.ie from Friday.