Firsts forced to share the spoils in League draw 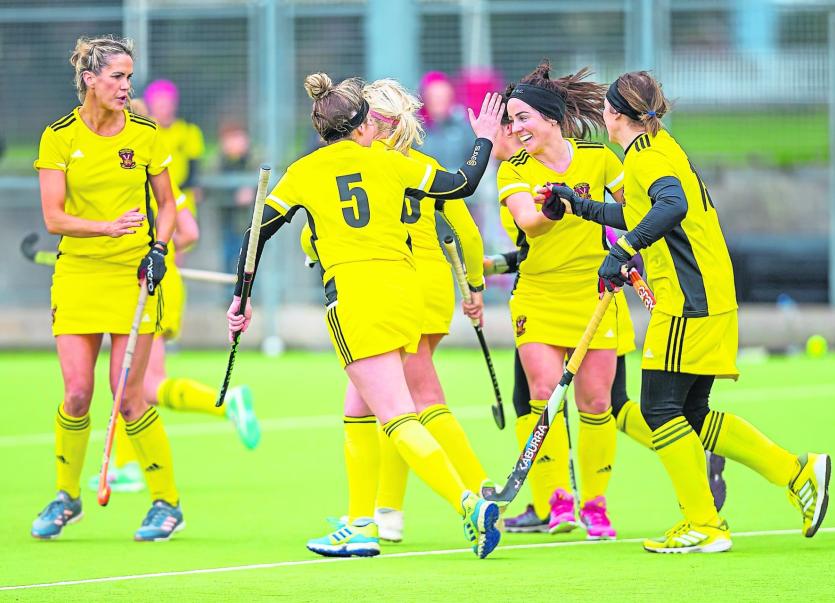 The Kilkenny ladies first team had to be content with a point when they played host to the Genesis Seconds in the Leinster League on Saturday.

The visitors were quick off the mark and took an early lead. Genesis won a short corner in the opening minutes of the game, forcing a good save from Kilkenny’s goalkeeper Doireann McCurdy, but they pounced to score on the rebound.

Kilkenny grew into the game throughout the second quarter. Settling into their flow they started to create chances. Niamh Spratt O’Shea sent a direct ball from the defence out to the left for midfielder Aisling McGrath, who connected well with Paula Farrell in the forward line. At times Genesis tested the home defence but Ciara Clarke and Sara Browne worked tirelessly to ensure Kilkenny won back possession.

Despite some great attacking play in the second quarter Kilkenny were held scoreless, as Genesis went in with a 1-0 lead.
Kilkenny had to wait until the third quarter to land their first goal of the day. Sinéad Connery got them moving when she won the ball in midfield and gave a direct pass to Catriona Carey, who drove the ball into the circle and won a short corner.

Anna Riba connected well with the ball and took a shot on goal, which was saved, however Niamh Spratt O’Shea was ready to convert the rebound and finished it in great style.

The goal gave Kilkenny confidence and provided the lift the team needed. Shortly afterwards Catriona Carey won possession and showed magnificent skill, beating the Genesis defence before finishing beautifully to the back of the goal.

As the fourth quarter progressed Kilkenny remained a goal up. Strong passing from Linda Caulfield, Abby Gilsenan and Laura Walshe gave Ally Carter and Ava Murphy a chance to show their pace and threaten the Genesis defence.

At that stage Kilkenny seemed to be in control, but Genesis played their final card with eight minutes to go. Breaking quickly from defence, the visitors won a short corner. While Kilkenny made a great save Genesis managed to send a dangerous ball from the clearance towards the end line.

With the ball still in play one of the Genesis forwards got on the end of the ball and took a powerful shot on goal, which ended in the Kilkenny net.

Kilkenny pushed hard in the dying minutes, but had to settle for a draw.