Action warming up in the Frostbite League 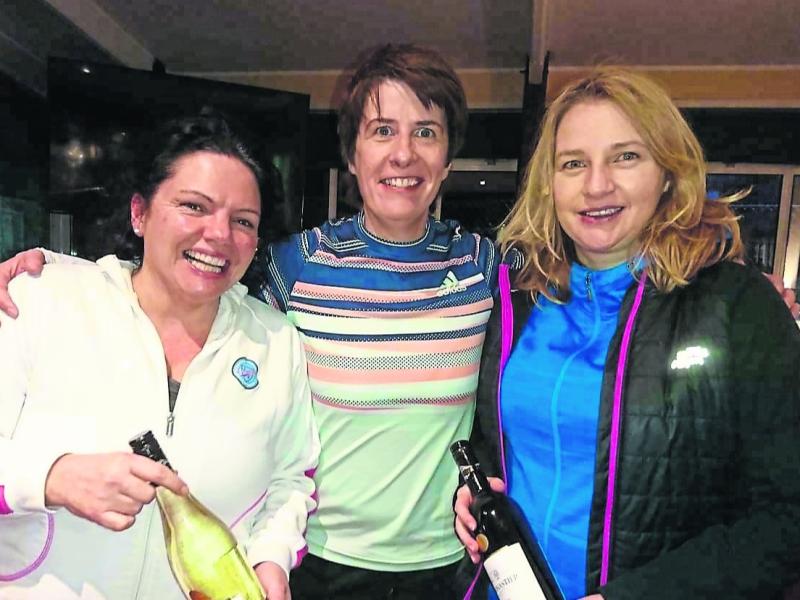 Shirley Trimble and Catriona O’Flaherty, the winners of Section 2 in the American tournament, pictured with Melissa Quirke

It may be early in the season, but there is plenty of activity at Kilkenny City and County lawn tennhis club.

The Frostbite League is the current doubles tournament being played at the club, and the competition is building up nicely.

Members are being encouraged to organise their matches in good time so that the deadline for completion can be achieved.

Finals night for this popular tournament is Saturday, March 21.

This year there have been a healthy 214 entries.

Saturday evening’s teen tournament had to be cancelled for safety reasons due to Storm Ciara. It is hoped to reschedule this in the coming weeks.

Members might keep an eye on the notice board for updates.

The next set of junior match play will commence on February 29, and it will continue over the ensuing weeks.

This always provides a competitive few weeks of action for younger members.

Also scheduled for February 29 is the next sponsored American tournament. Electrocity will sponsor the event.

Storm Ciara didn’t affect play on Friday evening when the action centred on an American tournament which provided lively action.