Hard-working Firsts can look forward to a Cup final 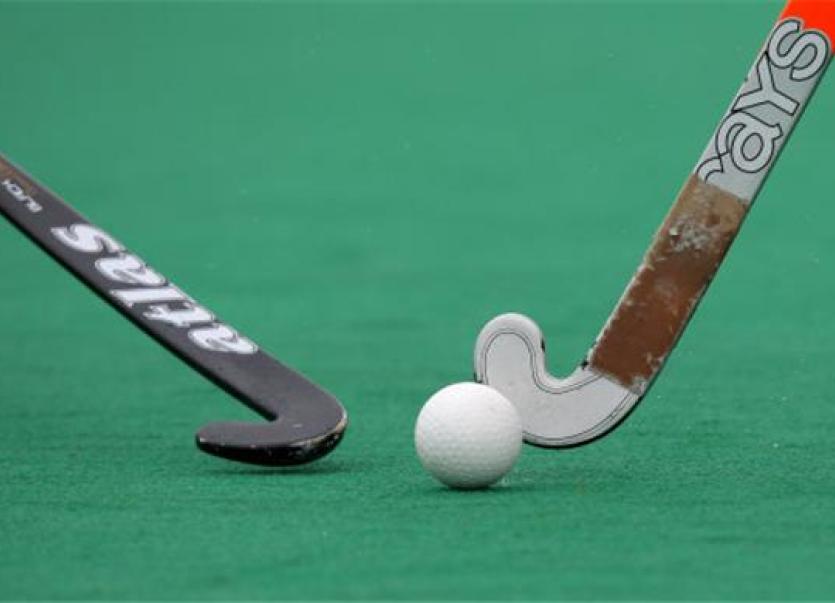 A place in the Cup final was up for grabs as the Kilkenny Ladies first team made the trip to Wesley College for a tough game against YMCA.

Both teams started strongly, with YMCA applying immediate pressure on the Kilkenny defence. With tough tackles from Ciara Clarke and Sara Browne in defence, Kilkenny managed to keep them at bay.

In the first quarter of the game the Kilkenny midfielders worked tirelessly between attack and defence. Great work from Anna Riba and Laura Walshe on the wings created numerous scoring chances for forwards Rachel Kelly, Hannah Kelly and Paula Farrell.

After a super display of skill, Sinead Connery crossed a great ball into the circle where Paula Farrell managed to put the ball in the back of the net and get Kilkenny on the scoreboard.

YMCA also started the second quarter by putting immediate pressure on the Kilkenny players. Goalkeeper Doireann McCurdy made some great saves to keep Kilkenny ahead going into half-time. Strong clearances from Lainey Gilsenan provided Gemma O’Dwyer and Aisling McGrath with chances to utilise their speed on the wings and create more scoring chances for Kilkenny.

Swift transfers from Abby Gilsenan enabled Ava Murphy to win a short corner from which Paula Farrell doubled her tally just before half-time.

As Kilkenny took to the pitch after half-time they had to withstand concerted pressure from the home team, who were eager to get on the scoreboard.

Despite numerous attempts on goal the Kilkenny defence held firm - any opportunity YMCA got was wiped out by dominant tackles from Rachel Kelly and Anna Riba.

In the final quarter Kilkenny asserted their authority on the game. They sealed the win when a great run into space from Aine Buggy created a glorious opportunity for Sinead Connery to score a third.

This win secures the Kilkenny Ladies a well-earned place in the Leinster Division 3&4 Cup final where they will face Corinthians.

There were mixed fortunes for the Kilkenny Ladies Third team as they won one game and lost another on a busy weekend.

On Saturday the team braved the elements of Storm Jorge as they won away to local rivals Carlow Seconds.

The game began brightly for the Kilkenny girls. Emma D’Arcy and Sophie Cunningham were dominant on the right wing, making well-timed runs down the wing and putting in inch perfect crosses, one which Allison Caldbeck converted inside two minutes.

The Kilkenny girls continued to pile on the pressure. With midfielders Barbara van Rooyen and Emma D’Arcy taking control, Sophie Cunningham latched onto a ball crossed into the D for Kilkenny’s second goal.

Conditions deteriorated at the end of the first quarter but both teams dug deep and continued to play good hockey. In the second quarter goalkeeper Jane Honner was called into action to make some great saves. Jane O’Keeffe, Ruth D’Arcy and

Aisling Carey came on to strengthen the Kilkenny attack keeping the Cats 2-0 ahead.

Carlow went on the attack in the third quarter and were rewarded with a goal after some good play down the right wing.

However, Kilkenny backs of Catherine Court, Julia Patterson, Ciara Fischer and Laura Lanigan ensured the Kilkenny net would not be breached again.

With their defence shored up, Kilkenny increased the pace in attack. A great ball from Ruth D’Arcy to Kathy Walsh sent Allison Caldbeck free. She ran unchallenged into the Carlow D where, one on one with the Carlow ’keeper, she calmly slotted to the net to make it 3-1.

Both teams felt the effects of the poor weather conditions but to their credit kept going to the final whistle.

The Kilkenny Thirds didn’t have long to bask in Saturday’s win as they made the trip to Terenure for their rearranged game with Our Lady’s on Sunday.

Our Lady’s launched wave after wave of attack, but the Kilkenny backs of Sue Murphy, Anna Patterson, Ciara Fischer, Aisling Byrne and Laura Lanigan were in a determined mood - with the aid of goalkeeper Allison Caldbeck they finished the first quarter with a clean sheet.

In the second quarter Kilkenny began to gain a foothold in the game and gave the backs some breathing space. The forwards of Sophie Cunningham, Kathy Walsh and Catherine Court made great runs into the D but were unlucky to come away empty-handed every time.

The sides were still scoreless at half-time and Kilkenny were still very much in the game.

In the third quarter, Our Lady’s struck for a goal against the run of play when a ball into the D rebounded off a Kilkenny stick and bounced over the goalkeeper’s head.

Kilkenny gathered themselves and kept moving forward looking for the equaliser but unfortunately were hit with two breakaway goals in quick succession.

Midfielders Ciara Fisher, Catriona Twomey and Emma Shepard ran themselves into the ground to try and pull something back for Kilkenny but it wasn’t to be and it proved to be Our Lady’s day.