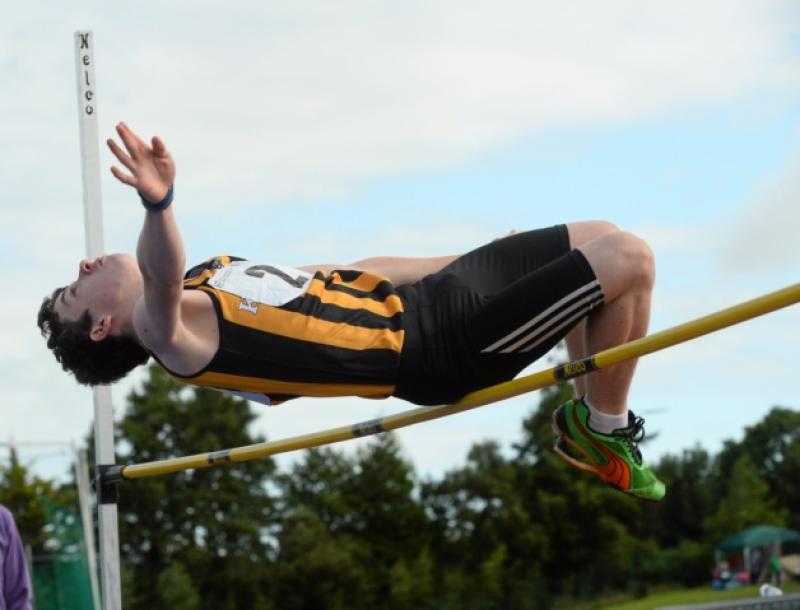 The Masters brought the curtain down on a successful track and field season by bringing home even more medals from Tullamore.

The Masters brought the curtain down on a successful track and field season by bringing home even more medals from Tullamore.

With the national Masters track and field championships taking centre-stage in the Offaly venue on Saturday, athletes from Brow Rangers, St Joseph’s and Kilkenny City Harriers (KCH) earned places on the podium.

KCH athlete Ken Deevey was a double gold medal winner on the day, scoring victories in the 200m and 400m in his age category. Ken’s 200m time of 25.34 seconds was a new national record for the M5 age group. He clocked a very respectable 57.2 seconds when winning the 400m.

St Joseph’s continued their very successful track season by bringing home another bag of medals, with Verena Fenlon leading the way in the V2 category.

A week after competing in the five events of the pentathlon, where she won one medal, Fenlon competed in five events and won five championship medals.

There was a gold medal performance in the shot-put along with silver medals in the javelin and hammer. The quintet was completed with bronze medals in the high jump and discus, capping a remarkable performance.

There was success also for Pat Power (M4), who competed in three events and came home with three medals. Pat was a double gold medal winner in the high jump and long jump. He added to his tally with a bronze medal performance in the 100m.

Race walking is very much in the news at the moment and St Joseph’s, a club with a strong tradition in race walking, had their own gold medallist with John Joe Lawlor a very popular winner of the walk in his age category. Also in action for St Joseph’s was Paudie Barron, who finished just outside the medals in fourth place in his 100m and 200m events.