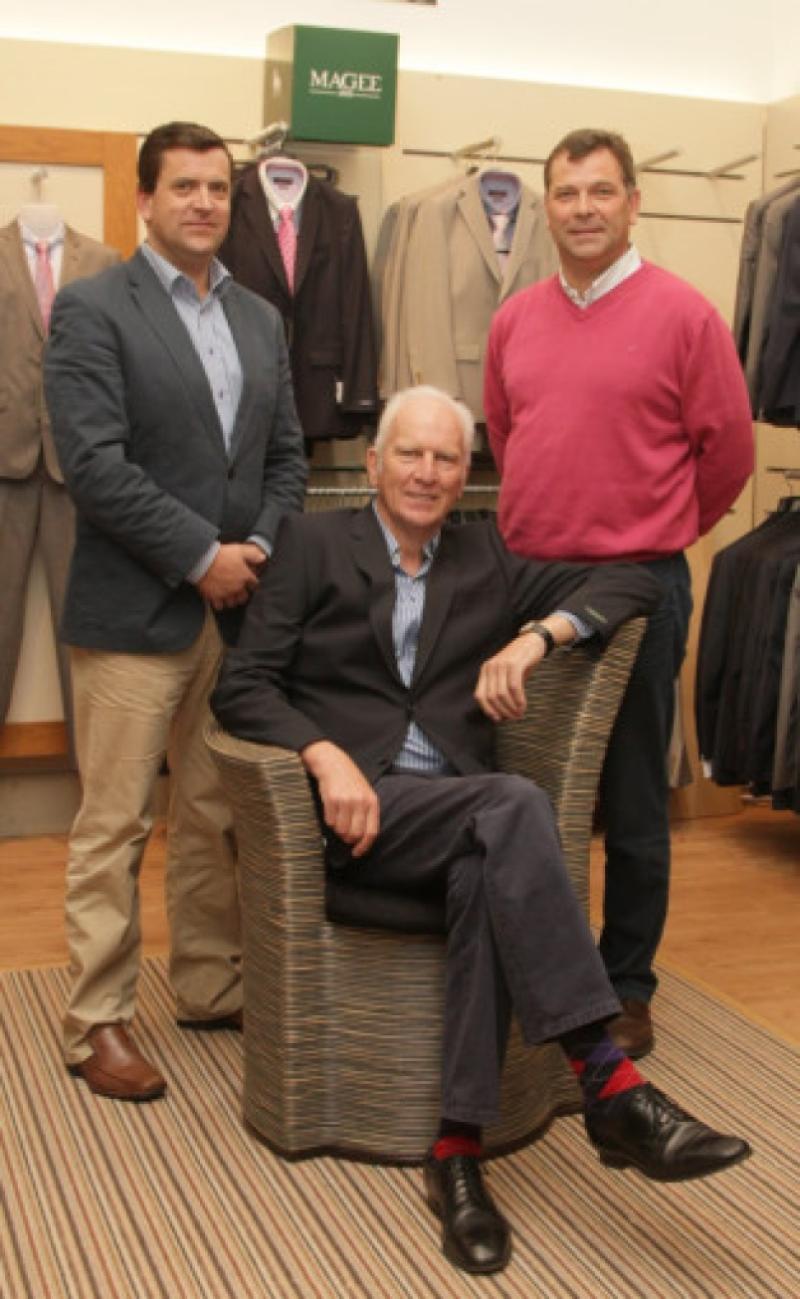 The memory ran back 50 years, but Tommy Duggan remembered as if it were only yesterday. Personal achievement. History.

The memory ran back 50 years, but Tommy Duggan remembered as if it were only yesterday. Personal achievement. History.

“Achievements like that are things you remember for life,” he insisted.

Mr Duggan’s assured step made a mockery of the years as he strode up High Street with the near pace of an athlete on our way to coffee. He walked tall and erect. He sensed the question.

And he provided the answer before it was uttered: “I’m 74.”

We had come together to explore achievement from the past. Back in 1964 he won the inaugural Kilkenny Senior Scratch Cup. He gave an encore in 1966, times when he played off scratch. He can still swing a club and produce a good game, but these days the handicap has drifted to a relaxed nine.

He doesn’t play as much as before. Fishing has a hold on his passion these times. The Nore or Lough Corrib would be favoured haunts.

He has done the rounds with a near 30 pound fish. He won, and was hooked by the challenge.

“I love the fishing,” he insisted. “You cannot do everything, even when you’re retired.”

On Saturday, June 21 Kilkenny golf club will stage the 50th Senior Scratch Cup, which will be confined to an elite field of 63 amateurs. Tommy Duggan placed the first block in the history of the ’Cup. Padraig Harrington and Liam Higgins were others who added to the proud history of one of the leading events of its kind in the country.

Tommy Duggan, the former Managing Direct of the Monster House on High Street - where Supermac’s is now - has been playing golf all his life. He played for Leinster for six or seven years.

Later he captained Leinster in the interprovincial series for two years, when his playing days were over. His first home town win was a golden moment in a glittering amateur career.

One of the reasons for that, he felt, was that most of the good amateurs turn professional now. In his day very, very few, in fact, virtually none of the good players turned professional. That meant the standard in the amateur ranks was tough.

“It was a very hard competition to win,” Tommy assured.

The weather on his day of glory was nice, if a bit dampish. His first cousin, Philip Clohosey - his father was a solicitor - was his caddy, and he was a great help on some shot selections.

Local bookmaker, Bill Quinlan had a stand and the odds posted on a board outside the Clubhouse. Tommy wasn’t to known, but his father, Richard had a “very substantial bet” on him. The victor shared the spoils. Tommy got a slice of the action, “a few quid”, as he put it.

The ’Cup winner earned a nice trophy and a voucher. That was it! Oh, the honour as well.

“To win was the thing,” Tommy said as the competitive instinct raised its head. “It was a huge event. All the good player played in it. You were up against the best.”

He beat Rupert De Lacey Staunton from Castlerea to win. The vanquished had won several championships. He was a very, very good player by all accounts.

“I holed a putt on the last to win it,” Mr Duggan revealed when getting down to detail. “It was on the 18th as it stands today. About six feet. It seemed much longer at the time.”

Did he remember standing up to that vital putt?

“I can remember it clearly.”

“When you are 23-years-of age, pressure isn’t that huge because you think this is going to happen regularly,” he offered. “It doesn’t. By the time I was 26 or 27 I got married and then may father and uncle died within a very short space of time. That was virtually the end of my serious golf.”

He was fast tracked into taking over as MD in the wholesale/retail department store that was the Monster House at the time.

By that time he had a second Scratch Cup win chalked up. But back to ’64!

“But you must keep trying to be the best you can be.”

He led from an early stage, and at halfway. The only time he felt pressure was on the 12th hole of the second round when what he described “as a very strange thing” happened.

“I had a very good drive down the left,” Tommy remembered. “As far as everyone could see it was a near perfect shot. However, when they went down the fairway the ball was done. No one knew where.”

He had to go back to the tee. He played a second ball. He was penalised two shots “even though the lost ball had nothing to do with me.” It was mysterious. In any event he birdied the hole. The loss overall was one shot.

The strongest part of his game was off the tee. He was long and straight with the driver. He felt he could have been better at putting.

“And I won it with a pressure putt,” he laughed. “My putting was always shaky.”

There were 14 clubs in his bag that day, all with steel shafts. The head of the driver and the three wood and that were timber.

“They made a different sound completely to the sound of the clubs today,” Tommy insisted. “It was a softer sound. The ball didn’t fly as far. The ball we played with was nowhere as good as the ball of today. If you hit it off centre it really went off centre. The new ball has made a huge difference.”

He has been a member of Kilkenny golf club all his life. He was Captain in 1971. Playing on home turf, he felt, was a help.

“You remember moments like that from your life,” he continued. “Championships were really what I wanted to win. I got to the final of the West of Ireland and the semi-finals of the South of Ireland, but I came up short.”

Were you just short on the day, or what?

“Maybe. Maybe I just wasn’t good enough. You have to be honest with yourself. You can say all sorts of things and only if. Golf is a ruthless game. It is what you put down on the card at the end. That is your soul. You can’t change it.”

Every time the Scratch Cup comes round the memory drifts back for a few fleeting moments. He will look with admiration on the field of 2014, knowing that for one man a memory for life awaits.