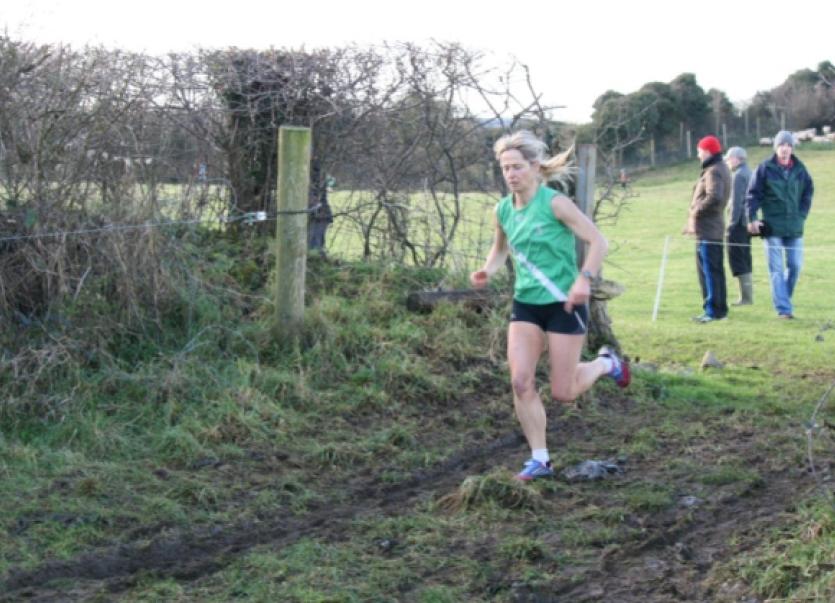 Conahy was a fitting venue as a large turnout of athletes battled for the spoils in the county senior cross-country championships.

Conahy was a fitting venue as a large turnout of athletes battled for the spoils in the county senior cross-country championships.

The races, which were held on the lands of the Maher family, saw some keen competition for honours in one of the most prestigious events on the county athletics calendar.

More than 30 athletes lined up to face the starter for the women’s 5km race in bright crisp Winter conditions. From the gun there was a charge to the front with Rachel Butler (St Senan’s) and Maria Griffin (St Joseph’s) leading the way.

As the race progressed Griffin, the experienced St Joseph’s athlete, stretched her lead with the young St Senan’s athlete Butler holding off Niamh Richardson (Kilkenny City Harriers - KCH) to win the silver medal on her first outing in senior competition.

This year saw the introduction of a new format B championship. Castlecomer, who were led home by Miriam Maher in ninth place, were the winners in the B category with the KCH B team second.

There were to big questions ahead of the men’s race, which run over a distance of 10km. Could KCH athlete Brian Maher set a new record of nine titles in a row, and would the Harriers team be strong enough to retain their team title despite the challenge from Gowran?

From the off Maher charged ahead to stretch the field but had team-mate Eoin Everard for company. Behind them in the second group were Gowran athletes Niall Sheehan, Chris O’Neill and Tommy Evans, along with Thos Hayes (KCH) and Conor Rochford (St Senan’s).

In the leading group Maher was working hard to set a strong pace to try and shake off Everard. However, by the mid-point of the race Everard was looking the more comfortable of the two runners. Despite being a former national novice cross-country champion, Everard is better known for his track exploits at middle distance, yet it began to look like there would be a new champion.

Going out on the last lap Everard carved out a gap between himself and Maher. Kilkenny’s first sub four-minute miler in the Summer, Everard went on to claim his first county senior cross-country title. Brian Maher, taking the silver medal, was gracious in defeat, commenting post-race that he was beaten by a better athlete on the day. Another KCH athlete, Thos Hayes, emerged from the second group early on and established a good lead to cross the line and win the individual bronze medal, making it a one-two-three for the Harriers. Veteran athlete Paul Cody was the fourth scoring member of the title-winning KCH team.

In the B section KCH continued their dominance with their nominated B team athletes taking both gold and silver medals. St Joseph’s were bronze medal winners, with Gowran forced to settle for fourth place.

Thanks went to host club KCH, under the tutelage of Sean Lynch, and to the Maher family for making their lands available.