Great results all round at Galway 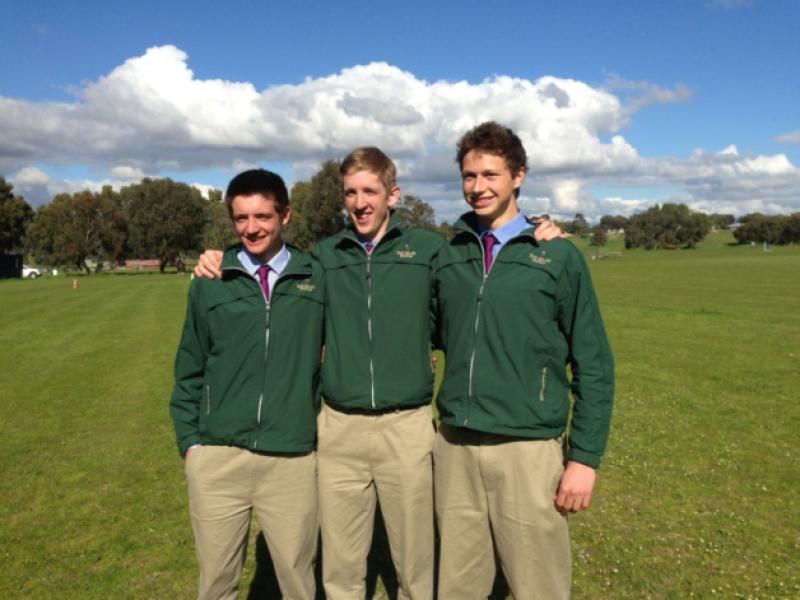 There were celebrations all round as Galway racecourse manager John Moloney reflected on the most successful festival in a decade last week.

There were celebrations all round as Galway racecourse manager John Moloney reflected on the most successful festival in a decade last week.

Attendance figures, as well as betting turnover, were back to the Celtic Tiger days. While the feature races offered a poor return from a Kilkenny point of view Tom and Willie Mullins were successful with promising horses.

Tom Mullins saddled Princely Conn to land the bumper on the opening evening in the hands of his son David, the duo turning over the Dermot Weld-trained favourite Call Vinnie.

Backed at fancy prices, Princely Conn was always travelling well, but David had his hands full as cousin Patrick Mullins attempted to steal a march aboard the Shark Hanlon runner Old Storm. The latter held a huge advantage at one juncture but David had plenty of horse under him when it was needed and he picked off the leader early in the straight and won going away by two and three-quarter lengths.

This was a very taking display by the winner. He is sure to be well-schooled over hurdles so it is safe to assume that he will make his mark when changing codes.

It was great to see Fosters Cross make successful return to what has been a happy hunting ground for him with a victory in the valuable two mile and a furlong handicap chase on Saturday.

Having run a blinder in the big amateur handicap on the opening evening, the 12-year-old pulled out as fresh as a daisy. With rider Davy Russell keeping him wide all the way he recorded a remarkable victory.

It was also a good meeting for Tom’s brother Willie, but the horse that caused most tongues to wag was the trainer’s Alelchi Inois who was far too good for the opposition in Thursday’s two mile and a furlong novice chase.

A decent horse over hurdles, the six-year-old had scored impressive victories at Tramore and Killarney on his first two outings over fences and was a strong order in the betting market. This trip was in all probability far too short for him, so it came as no surprise to see rider Paul Townend make plenty of use of him.

Harry de Bromhead’s representative Starkie tried to go with him but was a spent force heading down into the dip, from where Alelchi Inois stretched clear to win unchallenged by 13 lengths from Howwoulduno. Although Mullins was noncommittal, plenty of punters marked the winner down as a future Galway Plate contender.

Although leading owner J.P. McManus had no less than seven of the 22 runners in Wednesday’s Galway Plate he failed to get into the money. Noel Meade’s long wait for success in the race ended when Road To Riches took the spoils under Shane Shortall.

The strongly-fancied Alderwood from the Tom Mullins yard, and the mount of Tony McCoy, made his exit in the dip on the first circuit when he was brought down by Willie Mullins’s runner Terminal. In contrast Road To Riches bowled along from early in the race. Although he looked like he was going to be swallowed up heading to the second last fence he simply found another gear, winning by a comfortable 11 lengths from the Jessica Harrington representative Burn And Turn, with the well-fancied Willie Mullins-trained Balnaslow running a fine race to take third a further three lengths adrift.

Although he has been leading trainer at the festival on six occasions and won all the other big races at the venue the Plate was the one contest missing from the Meade CV. Speaking after the race he said that when Road To Riches finished second at the Punchestown festival back in May it was decided aim him at this race, as he was nearly sure to get the good ground he needs and always runs well when fresh.

Although Road To Riches will be difficult to place after this, Meade is confident that he can make his mark at graded level.

One has to spare a thought for jockey Ger Fox, who was to have ridden Road To Riches but suffered a broken collarbone in a fall at Wexford a few days earlier. Connections suggested that he would be compensated for missing out on what would have been a big payday.

The opening maiden hurdle was an intriguing contest with all the big guns including Willie Mullins, Aidan O’Brien and Dermot Weld locking horns. All had a share of the prize money, but not in the order expected as the Mullins runner Most Peculiar hit the wire three-parts of a length to the good over Draco from the O’Brien stable with the Weld hotpot Tandem a well-beaten third.

This was as fine a riding performance by Paul Townend. He showed the much vaunted Tony McCoy aboard the runner-up that the standard of jockeyship on this side of the water is top class.