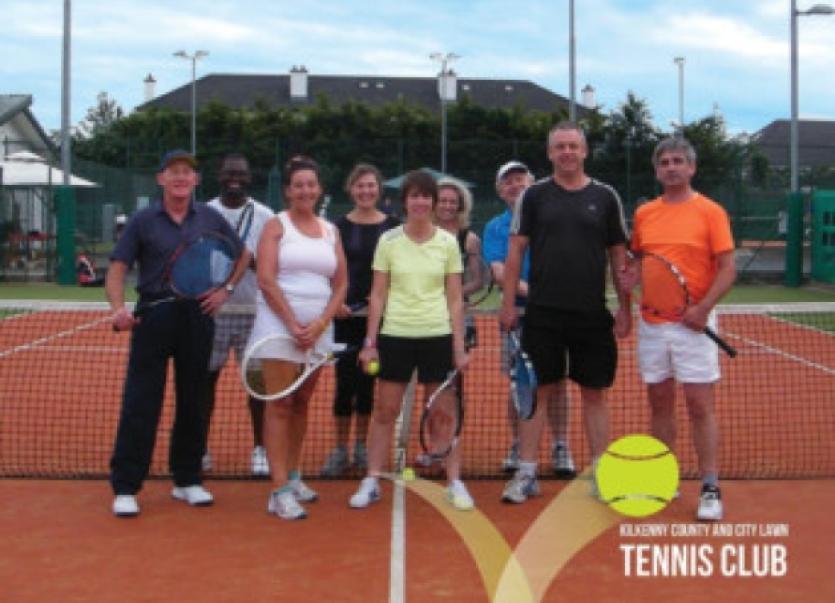 The weather may have been different, but there was still a great turnout for the American Tournament at Kilkenny Tennis Club on Friday.

The weather may have been different, but there was still a great turnout for the American Tournament at Kilkenny Tennis Club on Friday.

With high numbers again flocking to Archersfield for the competition, organisers had to divide the teams into three different leagues. The increased numbers only added to the entertainment.

In the top division some great teamwork saw Dermot Dalton and Sinead Roche take the spoils with 16pts. Maria Walsh was runner-up. Partnered by Darragh Foley-Nolan and Tom Madigan for different games, between them the combination amassed 15pts.

In Division Two the winners were Enda Roberts and Anna Byrne. Winning all their matches, they led the way with 22pts.

Runners-up were Jill Roberts and Padraig Moore, who finished with 18pts after an exhibition of great tennis.

In Division Three John O’Neill and Ann Jones were in top form, winning with a very high score of 23pts. Runners-up spoils went to Teresa Farrell and Fergal Cantwell, who finished on 15pts.

It proved to be a busy night on the courts, with the clubhouse full afterwards.

The club advises members that spaces are filling fast for the new one-on-one doubles tournament. Entries can be texted to 087-2667014.

Club members are reminded that the Mid-Summer Madness competition is now in full swing. Players can check the notice-board for details of assigned partners and are encouraged to start their games as soon as possible.

All matches must be played by August 31.