Grace being eyed as big star of future 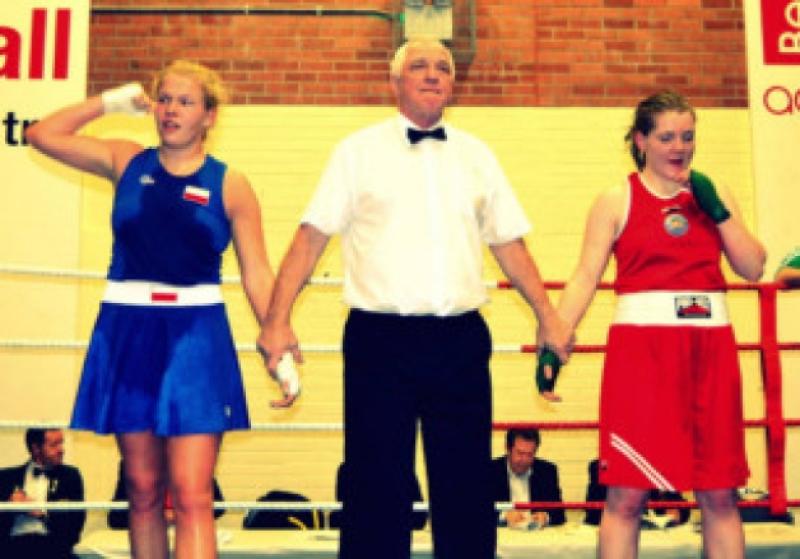 The Callan boxing club member stepped up a weight division to beat experienced Polish fighter, Elizabeth Wojcik, in an international tournament in Belfast and her performance left officers of the Irish Boxing Association singing her praises.

“Clare was unbelievable,” gushed her coach, Jimmy Walsh. “I have always been proud of her, but this time she brought the house down with a brilliant, absolutely brilliant performer. It is hard to credit how quickly and how much she has improved.”

The second year university student stepped up from her normal welter to middleweight division to take the fight because Poland hadn’t an opponent in her division. Against a bigger, stronger and heavier opponent Grace showed real class, winning all four rounds.

Wojcik is the Katie Taylor of Poland, having won two European gold medals, a World silver and last month she pushed Olympic champion, Cassius Shils, US, all the way before losing on points.

“When she came back to the corner after the first round I told her she was going to win,” Jimmy Walsh revealed. “Wojcik is a class act, but you could see it in Clare that she had the winnings of the fight. She stole the show in what was the last fight of the night.”

The fly, lightweight and middleweight divisions are catered for at Olympic and Europeans level in women’s boxing, so Clare’s future at the highest level will depend on her stepping up a weight.

After Friday’s sensational showing, Irish officials were talking about trying to prepare Grace for the next Olympics.

The bout was Clare’s ninth at international level.