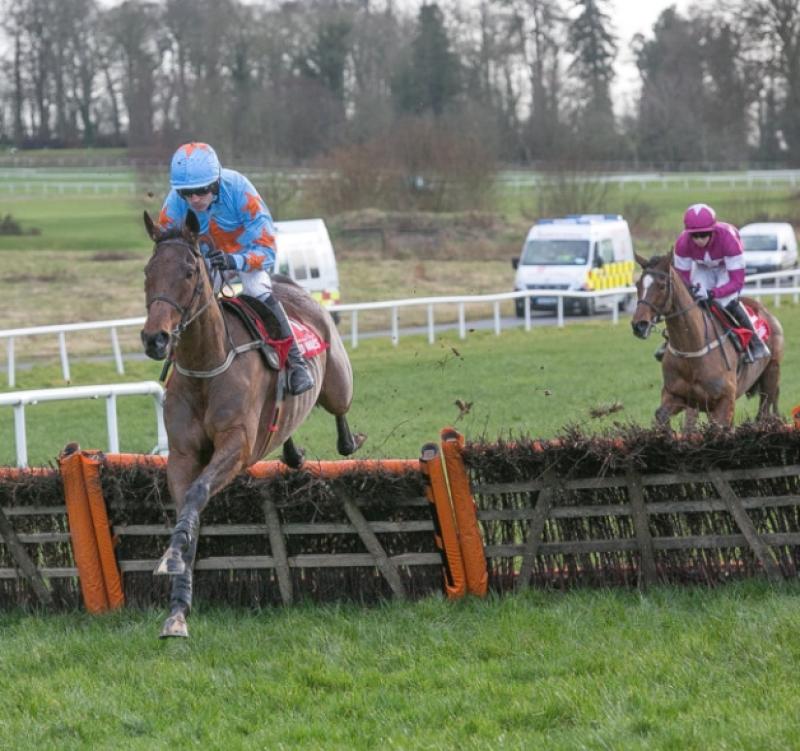 The Willie Mullins-trained Un De Sceaux entered the Champion Hurdle picture with an impressive victory at Gowran Park on Saturday.

The Willie Mullins-trained Un De Sceaux entered the Champion Hurdle picture with an impressive victory at Gowran Park on Saturday.

Landing the spoils in the Grade Two Red Mills Trial Hurdle has left Mullins with some serious decisions to make - since the trainer also has the current Champion and favourite Hurricane Fly in his yard, what will he do for the Cotswolds?

An unbackable favourite, the six-year-old Un De Sceaux set off in front at a steady gallop in the hands of Ruby Walsh. His hurdling was far from fluent early on, but once Walsh upped the tempo it improved significantly and he came home 16 lengths to the good over his stable companion Midnight Game.

The runner-up is a decent yardstick, but he was not in the same league as the winner. Opinion is sharply divided as to which race Un De Sceaux should contest at Cheltenham; many shrewd judges feel that if he is allowed to bowl along he could well cause an upset. Since the trainer has plenty of ammunition for most of the staying races at the festival the coming weeks will be mighty interesting to say the very least.

Mullins was back in the winners’ enclosure just half an hour later when Florishwells D’ete landed the four-year-old maiden hurdle in impressive fashion.

A flat winner in her native France, the J.P. McManus-owned filly’s reputation saw her go to post an odds-on favourite. Never too far out of her ground, the daughter of Irish Wells led before the halfway point but was headed by Space Ship before the straight.

For a few brief strides an upset looked on the cards but once jockey Ruby Walsh pressed the go button his mount responded, earning a two and three-quarter length victory.

There was a surprise in store for punters in the two mile and four Grade Two Red Mills Chase when the Arthur Moore representative Argocat turned over the Mullins-trained favourite Turban after a good scrap.

Given a cracking ride by Brian O’Connell, the son of Montjeu had to be niggled along from the halfway point to keep his place but the perseverance paid off when he lead at the second last fence and kept pulling out enough to land the spoils by three-parts of a length.

After the race Moore revealed that his charge took a heavy fall at Down Royal, resulting in three broken ribs which seriously effected his confidence.

His recent outing at Thurles was not exactly inspiring but it was a hot contest and he has improved in the meantime. A trip to Aintree in now very likely, with the three mile Betfred Bowl as the target.

Harristown jockey Michael Butler was seen to good advantage when getting Leavethelighton home a narrow winner of the opening two -mile and two beginners chase.

Not neglected in the betting market the Oscar gelding was given time to find his feet before hitting the front three from home. At this point the favourite Followmeuptocarlow from the Tom Foley yard looked to be going best of all but was unable to quicken once Butler got serious with Leavethelighton after the final fence.

Trained near Mooncoin by Eoin Doyle the winner was a consistent, if luckless, horse over hurdles and maybe chasing is his game.

Denis Hogan, who successfully combines riding with training, landed a small touch when Zekarya turned the 103-130 handicap chase over a two and a half mile trip into a procession.

Backed from fancy prices into 9/1, Zekarya left his most recent form well behind as he came from off the pace to lead at the penultimate fence and go right away to finish in splendid isolation 11 lengths clear of Kennoway.

Considered to be on the upgrade by connections, the French import handles the testing conditions well. This victory will go some way towards paying the cost of replacing the roof on his stable, which was blown off during the recent storm.

Two doyens of the amateur world combined to land the mares bumper with Gaillimh A Chroi. Winning handler was John Queally, a top amateur before injury ended his career, while Nina Carberry, as good as any woman in the business, provided the steady hand.

A bay daughter of Flemensfirth, Gaillimh A Chroi showed up well when finishing fourth behind Kilnockin Lady on he debut at Punchestown. She has obviously gone the right way since as she was always in the firing line, going right away from the two furlong marker to run out a most impressive 12 length winner from the outsider Spirit Of Affection.

Bumpers like this for older mares are notoriously difficult to assess but take nothing away from the winner, who showed an impressive change of gear and is in the right hands to reach her full potential.