Richie on top of the world Down Under 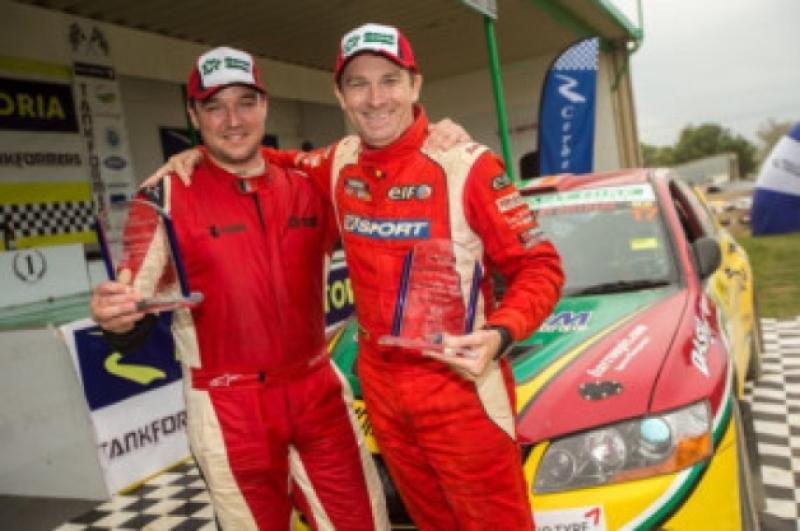 In what is only his second season of rallying, and bearing in mind he finished as runner-up last year in the same championship, Dalton’s achievement is being hailed as massive in the sport.

Richie started the campaign on a high. He enjoyed some good results early on but due to a lack of funds he was sidelined for a few months.

This interruption did not stop his drive to victory.

Richie set his sights on doing WRC Rally Australia in early September hoping that he might have a good run. His efforts exceed his expectations.

This decision turned out to be a good. He finished first overall in his class and as a result he found himself leading the championship overall by two points with just one round remaining.

That was a hugely competitive Rally Victoria that attracted a class field.

Yet again Richie found himself in the challenging position that if he wanted to win the championship he had to race the last round.

This was a big deal because there was a huge cost factor involved and a lot of preparatory work was needed on the car.

Richie threw himself into the challenge. First he tried to put a financial package together which would enable him to compete.

He worked extremely hard at this and after several weeks things started to come together with the help of some generous sponsors from the Irish community in Australia. Richie was back on track.

Dalton arrived in Victoria days before the rally and he was determined to complete the job.

With experienced Australian co-driver John Allen, he plotted the assault down to the last detail. They were quietly confident.

They got off to a flying start. They won the first section and finished well ahead of their nearest competitor.

They drove on strongly and put a string of fastest times together to consolidate their lead at the end of the first day.

During rallying on day two it was more of the same. Richie and John turned in a mature drive to win the event and clinch the championship title, thus fulfilling a dream.

Richie received some great support during the event from the Irish supporters, who included three Kilkenny people who flew out specially for the event.

They were his dad, Dickie Dalton and Tommy Murphy and Ann Murphy from Threecastles, County Kilkenny.