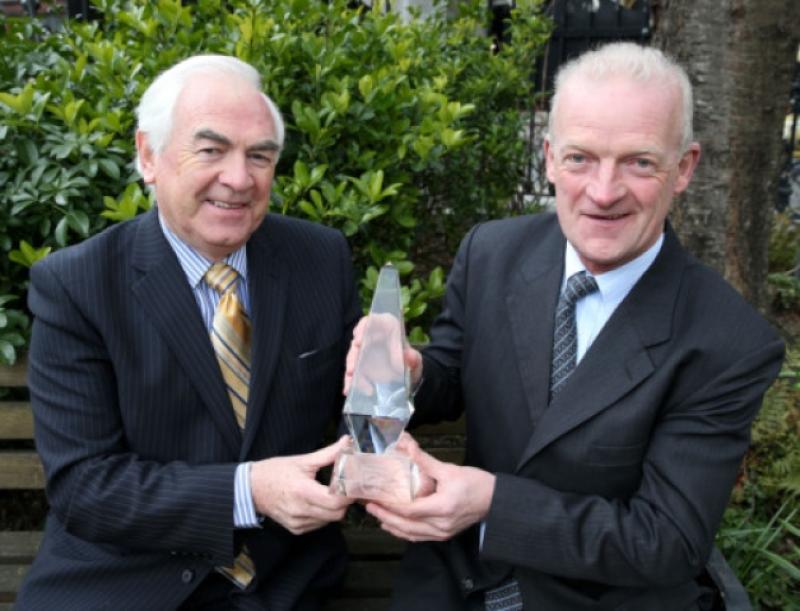 Jim Bolger has made an electric stat to the new flat campagain and he kept up the momentum by saddling Focus On Venice to land the opening juvenile maiden at Leopardstown on Sunday, writes Ned Tierney.

Jim Bolger has made an electric stat to the new flat campagain and he kept up the momentum by saddling Focus On Venice to land the opening juvenile maiden at Leopardstown on Sunday, writes Ned Tierney.

Bred by the trainer, the son of Intense Focus was well touted before racing and came in for good support in spite of the confidence behind the Aidan O’Brien runner Michaelmas. Given a confident ride by Kevin Manning, Focus on Venice was always travelling well on the tail of the leader Tom Dooley.

However, he had to be well stoked up in the straight but responded well to lead inside the final furlong and hold the late rally of Michaelmas by a head with Glory Boy a length and threeparts further back inn third place. The latter looked to be a shade unlucky as rider Pat Smullen went for a gap up the inside at the furlong marker but which closed and left him short of racing room.

He will be very hard to oppose next time out a remark that would also apply to the runner-up as he was putting in his best work at the finish.

In his post race remarks Bolger revealed that his charge handled the heavy conditions well but will be better on good ground. This is a race that has thrown up some decent animals over the years and it will come as no surprise if the winner goes on to better things.

He is out of the Galileo mare Marina Of Venice which was a winner for the stable on her debut and to make matters interesting Bolger also trained the sire to land a Dewhurst Stakes as well as being place second in the Coventry Stakes at Royal Ascot. The seasonal reappearance of the well regarded Aidan O’Brien trained Battle Of Marengo in the Group3 PW McGrath Memorial Stakes was eagerly awaited and he did not disappoint.

He took the honours in workmanlike fashion. Giving weight all-round Battle Of Marengo was settled towards the rear of the five runner field as Sugar Boy, which was very free, made the running. Rider Joseph O’Brien aboard Battle Of Marengo edged closer to the pace turning to face the judge before the combination hit the front inside the two furlong marker and kept on well to defeat Sugar Boy by a length and threeparts. The outsider of the party Imperial Concorde stayed on well to claim third place a length and a half further in arrears.

Bookmaker reaction to the result was swift with the winner contracting in odds for the Epsom Derby. O’Brien was at pains to explain that this was just a starting point for the horse. He is a good moving son of Galileo so better conditions would be very much in his favour.

He is likely to follow the well trodden path of the likes of his sire and also High Chaparral in taking in the Derrinstown Stud Derby Trial at the venue in early May before heading to Epsom. Many observers were disappointed that O’Brien decided to

withdraw Foundry from the race because of the unsuitable ground.

This fellow had created a huge impression when bolting up in a seven furlong maiden here back in November and it will be interesting to see how he has developed during the winter months.

This was the middle leg of a three timer for the Ballydoyle yard which had earlier taken the Listed Heritage Stakes over a mile with Declaration Of War. A dual juvenile winner in France, the War Front colt, showed his versatility by winning here and on the all-weather at Dundalk before going into winter quarters.

Connections had expresses reservations about the ground but these proved to be unfounded as the four year old travelled smoothly before taking over in the straight and running out an impressive two and a half length winner from Bold Thady Quill. An imposing looking individual, Declaration Of War will improve no end for the outing according to O’Brien and the Lockinge Stakes is now the plan.

Justification completed the hat trick for the trainer when justifying favouritism in the 71-95 handicap over a mile and six furlongs. A 550,000 Guineas yearling purchase, the Montjeu gelding has failed to live up to his purchase price but did manage a maiden victory at Dundalk as a 3-year-old. He responded well to the urgings of Joseph O’Brien from the home turn to lead a furlong out and stay on well to take the money by threeparts of a length.

Johnnie Murtagh was seen to great advantage as he brought Fort Knox with a tremendous rattle in the final furlong to hit the wire a length and threequarters to the good in the 2000 Guineas Trial for trainer Tommy Carmody. Time lone will be the

judge on how good or otherwise a contest this was but Murtagh expects the winner to be a contender for the Irish 2000 Guineas.

He revealed that he was further adrift than planned at the halfway point and had to contend with flying mud but his mount found another gear once seeing daylight.

In his long career Dermot Weld had won almost everything worth winning but he predicted that the first half of the current campagain will be quieter than usual due to many horse being sold to race abroad. He was on hand to greet Rawaaq after she

ran out an easy to back winner of the 1000 Guineas trial.

Coming from of the pace the daughter of Invincible Spirit threw down her challenge at the furlong marker and was full value for her extended length victory over What A Style. On the small side, Rawaaq is full of courage according to the master of Roswell House and will be much better once she gets a better racing surface.