Classy Clare is booked for the European finals 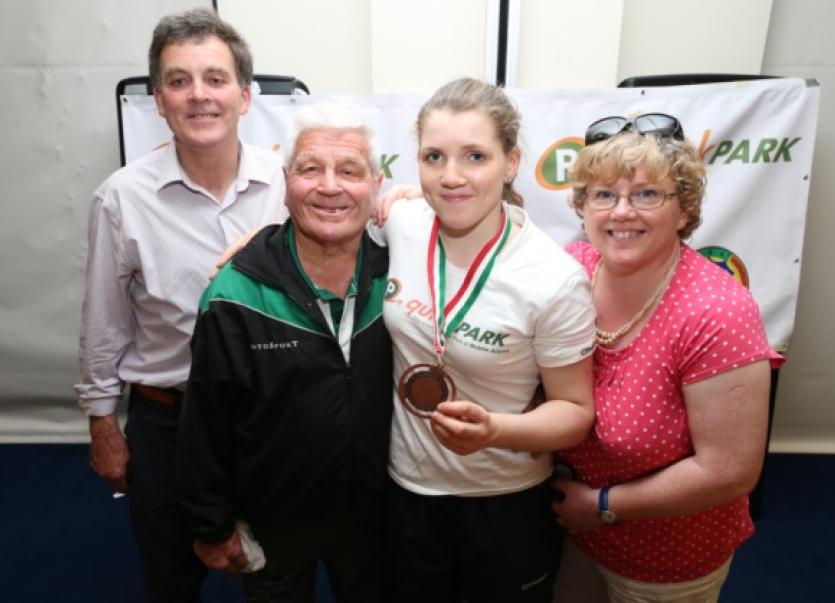 Kilkenny boxing sensation, Clare Grace is bound for the Europeans.

Kilkenny boxing sensation, Clare Grace is bound for the Europeans.

The 20-year-old Callan boxing club member was this week named on the Irish team to compete at the forthcoming European Elite women’s senior championships in Romania.

“I am thrilled, delighted,” Clare told the ’People after being named on the five member team that will be led by Olympic Games champion, Katie Taylor, who will be cashing a sixth successive gold medal in Europe.

“This is a dream come true,” added Clare, the first Kilkenny woman to box at this level. “It is a huge competition at senior level because the standard of women’s boxing at this side of the world is very high.”

The championships will be staged in the Polyvalent Hall, Bucharest in late May and early June. It will be a busy time for young Grace, who faces four exams at DCU in the run up to the championships, finishing on May 27.

The Irish team flies out to its base in Romania three days later.

“It will be a busy time, but I will make it all happen,” Clare said of the pressing schedule ahead. She is a second year student studying Food Science and Health.

Clare Grace, who is the 69kg Elite Irish champion, won a silver medal at a high class Round Robin tournament in Germany in March. Some of the boxers she faced there from Russia, Germany and France will be in her division at the Europeans.

“She is ready,” insisted her 81-year-old Callan mentor, Jimmy Walsh. “She is a terrifically dedicated athlete. She is one of the fittest women involved in sport in Ireland.”

He reminded that in December his young protégé beat the world No. 2 ranked Polish opponent in a tournament in Belfast.

“That night she convinced the Irish selectors of her talent,” Jimmy added.

Clare Grace won the last four senior Irish titles in the 69kgs division. Her most recent win on March 8 against the experienced Laoise Traynor (Bray) was a master class in style and technique.

Clare has also won a silver medallist at the EU championships.

Meanwhile, the Callan club won its 21st All-Ireland title in its 12 year history when Luke Byrne Doyle captured the Boy I 48kg crown at the national juvenile championships in the National Stadium at the weekend.

Luke won three fights. He beat Eneha Onwaha (All Saints) in the quarter-finals before stopping Sever Eranea (Ballydoyle) in the first round of their semi-final. He scored a convincing 3-0 win over Darragh Kennedy, Galway in the final. Luke took up boxing eight months ago.