Classic cheer for Bolger at The Curragh 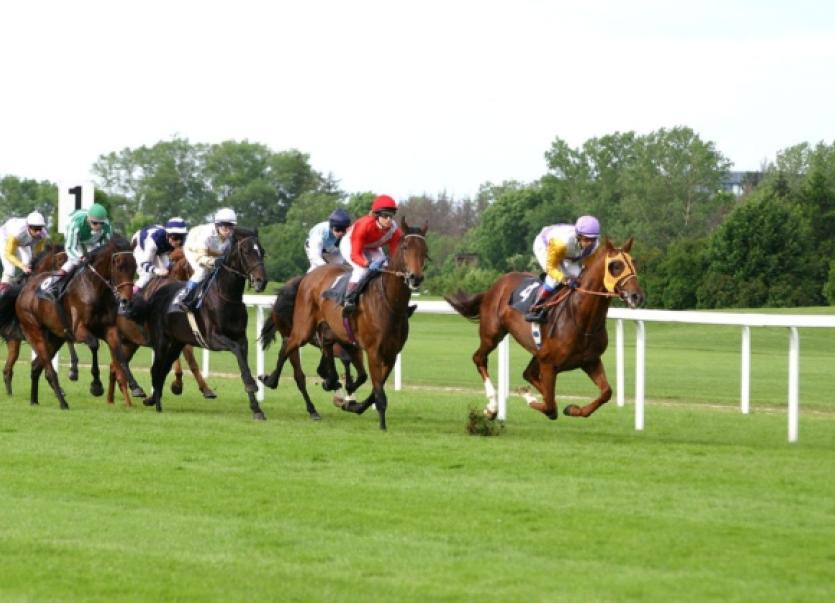 Training Classic winners is nothing new to Jim Bolger. He did it again at the Curragh when Pleascach landed the Irish 1000 Guineas at The after a good scrap with the Aidan O’Brien-trained favourite Found.

Training Classic winners is nothing new to Jim Bolger. He did it again at the Curragh when Pleascach landed the Irish 1000 Guineas at The after a good scrap with the Aidan O’Brien-trained favourite Found.

It was also a triumph for the trainer’s breeding operation as he also bred the winner.

Having shed her maiden tag over seven furlongs at Leopardstown as a juvenile, the daughter of Teofilo showed that she had wintered well when trouncing her rivals in a Group Three contest at Naas.

The drop back in trip to a mile was a concern for many, however she proved up to the task in the hands of Kevin Manning.

Bolger also saddled Steip Amach and Mainican in the race purely as pacesetters to ensure there was no loitering. It worked out well, as the pair were still at the head of affairs heading to the two furlong marker where Pleascach took over.

At this point the hot favourite Found was encountering slight traffic problems, but once switched she picked up well and threw down a serious challenge. The Bolger filly responded gamely to land the spoils by half a length with the supplemented Devonshire running a great race to fill third position a length and a half in arrears.

This looked to be a vintage renewal of our opening fillies Classic of the season. With the form of the three-year-old colts very much up in the air it came as no surprise to hear the trainer announce that he will now aim his charge at the Irish Derby as the mile and a half is her trip and then the Irish Oaks.

It’s an ambitious programme, but Bolger is convinced that Pleascach is the best filly that he has trained. Time alone will provide the answer.

Tribal Beat was a warm order to get the day off to the perfect start for the Bolger/Manning team in the opening two-year-old maiden but after being slowly away he never featured and finished well adrift of the principals.

Victory went to the Aidan O’Brien representative Air Force Blue who availed of the running rail to make every post a winning one and in spite of tiring in the closing stages held the late surge of Rockaway Valley by a neck.

This is usually a race that throws several future winners. It will be interesting to see how the placed horses fare next time out.

With most of highly-regarded O’Brien horses not coming up to scratch in the Derby trials the master of Ballydoyle had one last throw of the dice to find a candidate for the Epsom Classic when he saddled Giovanni Canaletto in the mile and two Group Three Gallinule Stakes.

However, he was found wanting as he failed to match the David Wachman-trained filly Curvy and had to be content with second place.

A half sister to the 2,000 Guineas winner Power of a few years back, the daughter of Galileo was always close to the pace before reeling in the long time leader Prince Gagarin inside the last furlong and then holding the challenge of Giovanni Canaletto by a neck.

Described by Wachman as a big weak filly last term, the winner has strengthened up well over the winter. He will now head to Royal Ascot with the Ribblesdale Stakes as her target.

The highly-rated Dermot Weld-trained Free Eagle failed to recover from a slight infection in time to contest the Group One Tattersalls Gold Cup, but it was still a contest worth its billing and provided a thrilling spectacle with just half a length separating the first three home.

Gaining pride of place was the evergreen Al Kazeem, who showed his bravery by coming through what looked a tiny gap a furlong or so out and running all the way to the line to record a neck victory over Fascinating Rock, who finished a nose in front of Postponed.

Winner of the race back in 2013, Al Kazeem subsequently retired to stud but had fertility problems and it must be a testament to his temperament that he could come back as a seven-year-old to beat what was in all probability a better quality field.

Although Kevin Prendergast is not exactly in the first flush of youth he is still churning out the winners. He caused a 14/1 upset when taking the 78-100 mile and a half courtesy of Majenta.

Twice a winner over the course and distance a couple of seasons ago, the daughter of Marju failed to get anywhere that level last year so it was no surprise to see her among the outsiders.

Coming from a long way off the pace, Majenta had to overcome trouble in running before finishing like an express train to get her head in front almost in the shadow of the post to record a length success over Golden Spear.

Prendergast revealed post race that the mare has had her training problems, but if remaining sound will win again before very long.