Paddlers back on the water 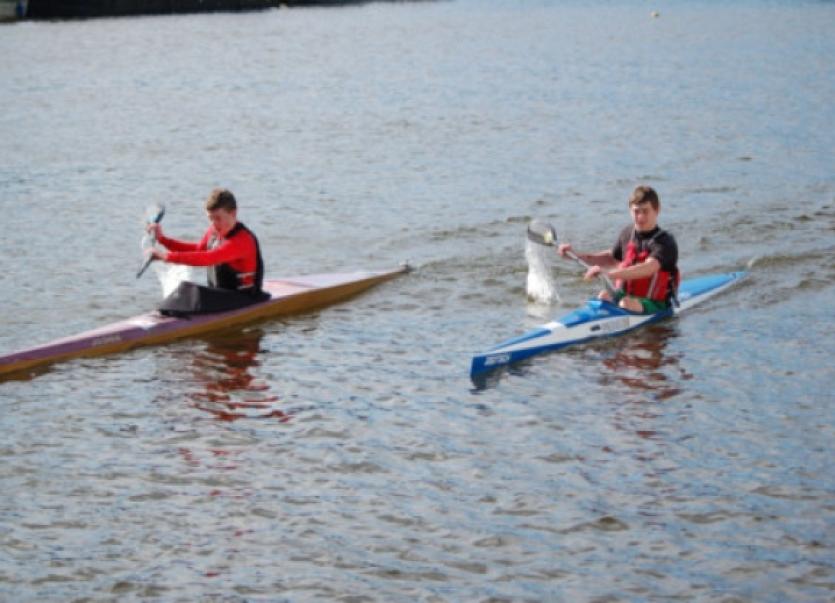 THE canoeing racing season resumed after a Winter break with races on the River Barrow and the Kings River.

THE canoeing racing season resumed after a Winter break with races on the River Barrow and the Kings River.

Conditions were ideal for the first marathon race of the year in Graignamanagh on Saturday, with still water and sunshine drawing a big crowd to the River Barrow.

This race was run on a flat water circuit with no obstacles, meaning speed and tactics alone would determine the winners. On the long 10km course, Thomastown Paddlers canoeist Alex Broderick kicked off his season in style with a big win in the over-15 K1 (racing boat) division.

Alex started strongly and stayed ahead for the full race, winning by over two minutes. Eamon Forristal also paddled well in this division, finishing fourth, while Thomastown’s Alan Cullen, R.J. Jamandre and James Staunton all had great races to finish sixth, seventh and eighth respectively.

Meanwhile on the shorter 6km course, Brendan Fitzpatrick had a brilliant start to the season with a win over strong competition in the under-15 K1. Also on this course, Jonah Anderson took a win in the over-15 General Purpose class, rounding off a great day for the Paddlers.

Racing for 2013 began when a small group of dedicated paddlers from around the country travelled to Ennisnag recently to compete in two wild water races run by Thomastown Paddlers on the Kings River.

The first race, held in the morning, consisted of two short sprints over a large rapid. This type of race requires both speed and river reading skills to take the fastest line.

The winner of the senior class was Thomastown’s Michael Brennan, who recently was presented with a Kilkenny People-Hotel Kilkenny Sports Star of the Month award for his results at the World Championships. Brennan had a very good race in Ennisnag, reading the river perfectly to win by a considerable margin. His brother Donnacha also had a very good race, finishing fourth.

Dave McCormack from Thomastown was the winner of the senior wavehopper class, while in the junior equivalent Alan Cullen was first with James Staunton second.

The afternoon race was a longer affair, with entrants racing over a 5km course from Ennisnag on the Kings River, down to the Nore and finishing at Norelands bridge. Similar to the sprint race, competitors are released one by one, with the final times determining the result.

Once again Michael Brennan showed his class, winning the senior competition after a very fast race, with brother Donnacha fourth again. Thomastown competitors maintained their consistency here, with David McCormack winning the senior wavehopper again, and Alan Cullen and James Staunton finish first and second in the junior edition. Alan Mahon was the winner in the senior open singles in the afternoon race.

Thanks went to the Kings River Community, Sheridan’s Bar and Mount Juliet for access to the river on the day.

Next up on the calender is the Boyne Descent in Trim on Saturday. The Paddlers will also be holding beginners lessons for all interested in taking up canoeing this Spring. Full details are available from thomastownpaddlers.com.