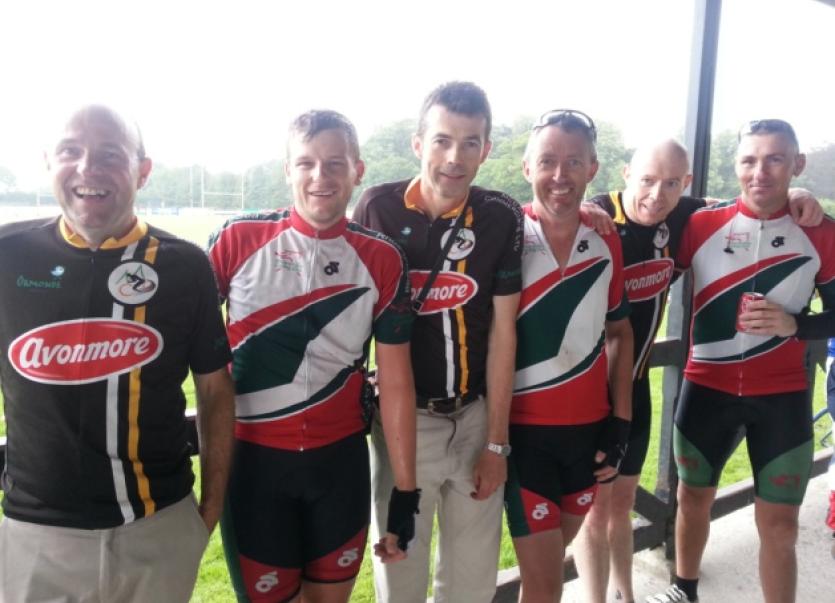 The Tour de Kilkenny has steadily moved through the gears to become the biggest cycling event of its kind in the county.

The Tour de Kilkenny has steadily moved through the gears to become the biggest cycling event of its kind in the county.

Cyclists were out in force at the weekend for the fifth staging of the Tour, with host club the Marble City Cyclers welcoming an international field.

The event brought more than 750 cyclists to Kilkenny for the event, which is estimated to have raised over E15,000 for a number of local and national charities. Based in Foulkstown, the home of Kilkenny rugby club was a hive of activity, with people flocking to the sign-in area from 7am.

Mayor Martin Brett launched the event at 9am, with 485 cyclists opting to tackle the 110km and 160km circuits. They were followed by over 280 cyclists at 11am who opted for the 40km and 70km routes.

The fifth staging of the Tour was truly international with competitors coming from England, Scotland and across Europe - there was even a cyclist from Japan!

A group from Wales’s largest cycling club, the Rhos on Sea CC, participated in the Tour for the second time. The group cycled to Holyhead and, after leaving the ferry, cycled from Dun Laoghaire to Kilkenny. After completing the event they pedalled back to the ferry on Sunday.

The arrival of the Welsh brigade was a sign that the Tour is getting bigger each year and, as an event, has helped put Kilkenny on the cycling map.

“Feedback from participants tells us that it is one of the best organised events in the country,” said MCC chairman Gerry McGovern.

“People come back every year because of the scenery, the friendliness of the locals and because the money goes to charity. This year is no exception - we’re hoping to have raised E15,000 for our charities - Barrettstown, Relay for Life, Irish Pilgrimage Trust and Camphill Communities.”