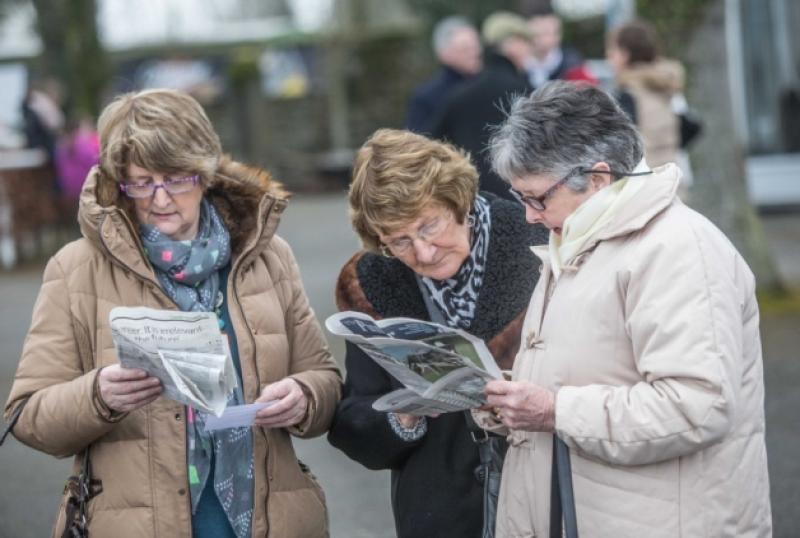 Willie Mullins - an odds-on chance to be crowned leading trainer at Cheltenham - showed that he has his string in good health by completing a three-timer on Red Mills day at Gowran Park on Saturday.

Willie Mullins - an odds-on chance to be crowned leading trainer at Cheltenham - showed that he has his string in good health by completing a three-timer on Red Mills day at Gowran Park on Saturday.

Champagne Fever, at one time considered to be a genuine Gold Cup candidate, showed that he will certainly be on the team for Prestbury Park with an impressive victory in the Grade Two Red Mills Chase.

This year’s contest hardly looked as strong as some in recent years, but that hardly mattered as the Mullins representative put on a vintage show and was full value for his four and a half length victory over Texas Jack.

Usually a front runner, the son of the recently deceased Stowaway was restrained early on by rider Paul Townend, but pulled his way to the front going down the back straight. From there it was one way traffic as Champagne Fever galloped all the way to the line for a comfortable success.

The victory might well leave Mullins with a dilemma. Many felt that the horse should be given a crack at the Two Mile Champion Chase, given the uncertainty about some of the principals, but the Ryanair Chase looks still looks to be his most likely target.

Mullins and Townend were back in the winners enclosure a couple of hours later when Whiteout made a winning Irish debut in the four-year-old maiden hurdle.

A cheap enough purchase after winning a French claimer, Whiteout was easy to back as punters waded in behind the Dermot Weld runner Zayafan and sent him off an odds-on favourite. Zayafan seemed to be the stand-out horse but Whiteout failed to read the script as she came from off the pace. In spite of being hampered by the fall of Madfuninthewest at the second last flight, Whiteout showed an electric turn of pace to pick off Zayafan and take the money by three lengths.

While it’s fair to say that this was hardly the greatest maiden hurdle ever run the winner could do no more than was asked of her. On this evidence she should have no trouble in defying a penalty in a winners contest.

Mullins completed his treble when Kate Appleby Shoes took the bumper in a common canter. Although she has been expensive to follow punters considered the Flemensfirth mare the safest option, giving her the nod of approval in the betting market.

Settled just off the pace by jockey Patrick Mullins, the six-year-old led after half a mile. The further they went the further she drew away, so by the time the finishing line was reached she had 34 lengths to spare from Goaheadmakemhyday.

This was truly a remarkable display by Kate Appleby Shoes. What the future holds for the winner remains to be seen; her sire gets animals with plenty of stamina but little is known about her American bred dam line, so time alone will provide the answer.

The defection of the current Champion Hurdle favourite Faugheen from the Grade Two Red Mills Trial Hurdle took some of the gloss off the race, but it was still a competitive event as the Edward O’Grady representative Kitten Rock tried to keep up his winning run. There was plenty of confidence behind Abbyssial, but the Mullins representative came to grief at the penultimate hurdle, allowing Kitten Rock to come home alone 12 lengths clear of Thunder Zone.

In his post race remarks O’Grady revealed that he will wait and see what the owner J.P. McManus and racing manager Frank Berry want to do. The Champion Hurdle is an option, but McManus already has a strong hand in that race. The Grade Two Hurdle at Fairyhouse on Easter Monday looks to be a more viable alternative.

Davy Russell was seen to good advantage when landing the two mile Careys Cottage 107-131 handicap chase aboard Toon River. Although the ten-year-old never seems to run a bad race he has bumped into a few respectable performers in his time. His three victories have all come at the venue and his recent good run in the Thyestes Chase gave him a big chance here, especially with the drop in trip.

Another to make every post a winning one, Toon River responded well to the urgings of Russell when the chips were down to gain a well-deserved success. Connections are now considering reverting to hurdles, as he has a favourable handicap mark which could be exploited.