Novarov is a nice prospect 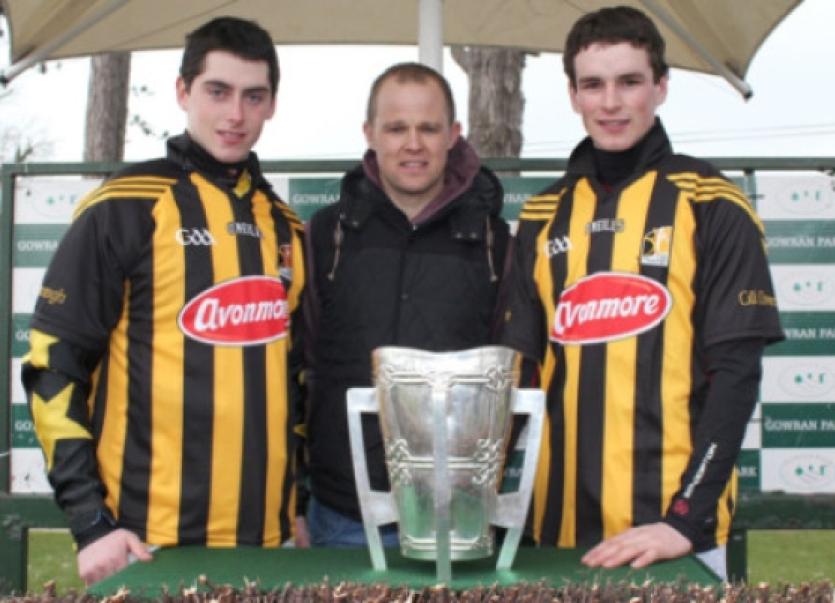 CALLAN trainer John O’Shea has a more than useful chasing prospect on his hands in the shape of Novarov, which made an impressive chasing debut when taking the two mile and four beginners chase at Gowran Park on Saturday, writes Ned Tierney.

CALLAN trainer John O’Shea has a more than useful chasing prospect on his hands in the shape of Novarov, which made an impressive chasing debut when taking the two mile and four beginners chase at Gowran Park on Saturday, writes Ned Tierney.

A three-time winner over hurdles, the seven-year-old was not neglected in the betting market.

He was given a patient ride by Sean McDermott, who settled him in mid division before gradually getting into the race heading to the third last fence.

Responding well after the second last, Novarov gradually wore down Castle Wings to hit the front almost in the shadow of the post for a half length success.

This was as game a display as one could wish to see by the son of Sholokhov. He never touched a twig and looks a nice staying chasing prospect.

The stewards held an inquiry into the running and riding of the fifth finisher Minella For Value. They deemed that the horse was not ridden on his merits and suspended him for 60 days, handing out a E4,000 fine to trainer John Nallen and giving jockey Shay Barry a 21-day riding ban.

Patrick Doody, who represented Nallen, revealed that he was satisfied with the ride but that Minella For Value had made a respiratory noise at Fairyhouse on his most recent appearance and may have a wind problem.

Barry, in his evidence, stated that the horse made a respiratory noise which got progressively worse and he just rode him out hands and heels. He will speak to the trainer before deciding whether or not he appeals the decision. Nallen was also referred to the Turf Club for not reporting that his charge had made a noise at Fairyhouse.

That great old campaigner Mossy Joe has found a new lease of life in hunter chases and used it to destroy the opposition when taking the Tetratema Cup hunters chase over three mile and a furlong.

A warm favourite, the Moscow Society gelding settled on the tail of Family Official, but pulled to the front in the back straight on the final circuit to win by 19 lengths from Family Official.

Winning handler Declan McNamara told me that Mossy Joe is getting back to his old self but trying to keep him sound for the past 18 months has been tough. Going right-handed seems to suit him better. The Racing Post Champion Hunter Chase at the Punchestown festival is a logical next step.

There was a highly impressive victory for Marlbrook in the two mile maiden hurdle for four and five year olds. An impressive winner at the Nenagh point-to-point in January, the Beneficial gelding was the only one that punters wanted to know about.

Sent to the front by rider Mark Walsh shortly after the halfway point, Marlbrook steadily drew clear to win by 17 lengths from All Day Long.

While one swallow never makes a Summer there is no denying that this is an exciting young horse. It will be interesting to see how his trainer, Graignamanagh-born Enda Bolger, places him from here.

It’s seldom that Willie Mullins leaves his local meeting without a winner, but that was the case when Indevan failed to land the bumper. Starting favourite, Indevan was dropped out early on by jockey Patrick Mullins but had made sufficient headway to be in contention when turning to face the judge.

At this point Rockdown, under Jane Mangan, had also made a forward move. In a welter of excitement, with both horses coming close together a couple of times, the latter had his head in front where it counted. Not for the first time the winning rider has displayed her considerable talents and is now in the same mould as Nina Carberry and Katie Walsh.

By the time this column goes to press the Cheltenham festival will be in full swing and hopefully the Willie Mullins runner Hurricane Fly will have regained his Champion Hurdle crown. As usual the huge Irish contingent will make their presence felt, with many hoping have plenty of opportunity to use their vocal chords.

On paper punters have a strong Irish team to represent them, but it takes a brave horse to relish that climb to the winning post at the Cotswolds venue.