Paddlers bask in
the glow of success 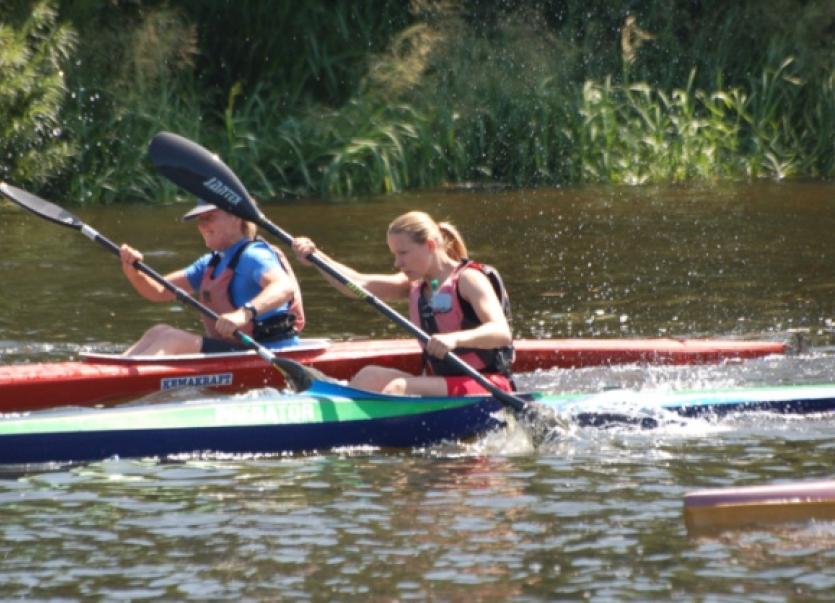 It was a weekend for basking in the sun with plenty of success as the Thomastown Paddlers celebrated a number of great results at the annual national marathon championships in Leixlip, recently.

It was a weekend for basking in the sun with plenty of success as the Thomastown Paddlers celebrated a number of great results at the annual national marathon championships in Leixlip, recently.

Soaring temperatures, calm winds and perfect sunshine combined to create perfect racing conditions in Kildare on a weekend of great results for the club.

The single racing boats (K1) were in competition on the opening day, with numerous classes for every age and ability. The local highlights saw Kieran Varley get the better of a competitive field to win gold in Division Three, while Cait Broderick successful defended her title in the under-18 ladies section.

It was a good day for the Broderick family as, coupled with Cait’s gold, her brother Alex delivered a strong performance to take the bronze in the corresponding men’s division.

The results added to the good news for Cait and Alex, who secured places on the Irish team for the World Marathon Championships in Copenhagen in September. This is Cait’s second time to represent Ireland, while Alex will make his debut on the national squad.

The club had other notable performances from Brendan Fitzpatrick, who raced in the under-15 class and finished fifth in a very competitive field. Brendan has been improving rapidly all year, with a win in this class seeming inevitable before the end of the year.

James Staunton had a tough race in Division Four, coming home in sixth place. There were more good results in Division Three where, along with Varley’s gold, the Paddlers had Dave McCormack (sixth), Eamon Forristal (eighth) and Alan Cullen (ninth) in action.

The novice race on Saturday was hotly contested, with one of the largest ever fields competing in this class. This race is aimed at younger paddlers and is raced over a 2km course.

There were very strong performances from Aaron and Isobel Varley and Senan Forristal in this class, with great results from all.

The marathons continued across to a second day, where the focus moved to the double racing boat (K2) classes. The turnout was slightly smaller, but still there was plenty of tough competition in every class.

Michael Brennan, fresh from spending June racing on the Irish wild water team, teamed up with Mick Fitzsimons from Celbridge in the senior men’s class.

Facing stiff competition they were neck and neck with the other leading crew for much of the race but an unfortunate mishap at the last portage (running with the boat section) slowed them down with only 4km to go. They were narrowly beaten into second place, but the result will stand to the pair later in the year.

The Paddlers also had three crews involved in the K2 Division Three class. Martin Walsh and Alex Broderick led the race from the line, but a shoulder injury forced them to retire after one lap. This left Eamon and Tony Forristal to take the win in this class, with Dave McCormack and Alan Cullen performing strongly to take bronze.

The Paddlers will continue their marathon season on local waters when they host a race in Thomastown on August 10. The club will also help Alex and Cait Broderick with their training for September’s World Championships in Copenhagen.