All out effort to end losing run in Towns Cup

THE first leg of the Provincial Towns Cup final against Moate will be played Sunday (12 noon). The Towns Cup is a singles competition for nine handicap golfers. Players cannot have played off a handicap of less than nine in the previous year.

THE first leg of the Provincial Towns Cup final against Moate will be played Sunday (12 noon). The Towns Cup is a singles competition for nine handicap golfers. Players cannot have played off a handicap of less than nine in the previous year.

Kilkenny defeated Callan, Gowran, Killerig, Blessington Lakes and Borris on the way to the final.

Recently deceased club member Sean Kelly was on the panel and it would be great if the club could bring home the trophy in his memory. Kilkenny last won the title in 1979. They have lost three finals since in 1998 (v Headfor, 1999 (v Ardee) and 2003 (v Co. Meath).

The first leg of nine matches will be on Sunday in Kilkenny. The second leg will be in Moate on Sunday, August 21. Managers Luke Kelly and Jimmy Leahy will post the team on the men’s notice board later in the week.

LADIES INTER CLUB - The second leg of the Finn Trophy against Enniscorthy will be played on Thursday (2.45pm) in Kilkenny. The home side will attempt to overturn a 4/1 deficit from the first leg.

The ladies were unfortunate in the first leg. They lost two matches on the 20th. Although they face a tough task they are capable of overturning the deficit.

MONTHLY MEDAL - Student member Colm Sheenan, son of members Stephen and Eileen, playing off 12 handicap won the July monthly medal with a 64 net. Colm was out in 41 strokes and back in 37. He edged out Ben McGarry (13), who also shot a 64.

Nano Brennan (6) returned home on Tuesday to score 39 points and win the Maisie Lambe trophy which was sponsored by Langton’s Hotel. Nano is living and working in Dublin. She is a member of Elm Park where she was Lady Captain in 2004.

Nano has maintained her membership of Kilkenny golf club throughout the years although she has not had much chance to use it. It was good to see her return to her roots and claim a victory. Second, beaten on the back nine, was Mary Leahy Browne (4) with 39 points.

The gross was won by Ciara Sharkey (5), Enniscorthy with 34 gross points. The late Maisie’s husband Joe was in attendance to present the prizes on Tuesday night.

The ladies Lancome Scotch foursomes was won by Eithne Murphy (15) and Ita Madigan (19), Castlecomer with 40 points. Second, also on 40 points, was Mary Dowling (scr) and Nianh Spratt (13). The gross was won by Mary Leahy (3) and Bridie McGarry (7) with 29 gross points.

The Open charity weekend is on Saturday and Sunday. It will be a four person team event. All proceeds will go to local charities. Entry fee is €15 per person.

The senior men’s competition was Captain Michael Mahony’s prize. The winner with 40 points was Denis Carey (11). Denis shot halves of 38 and 40 for 78 gross which gave him 40 stableford points.

Three players returned 39 points. The best was Finbar Coughlan (21), who was second. Noel O’Sulliovan (15) was third and Christy Rainey (22) fourth. Christy actually had 23 points turning when things were looking really good for him.

The senior ladies competition was won by Hilda Richardson, Edith Ogilvie and Kathleen Price with 39 points.

PRIZE PRESENTATION - The men’s monthly prize giving will be on Friday (10pm). All outstanding prizes will be presented, including July monthly medal from Sunday, July 31 (sponsored by Pipelife), Open Scotch foursomes from Monday, ladies and gents Open singles, July 6 and August 3, the Open seniors Open on July 21. All prize winners are asked to attend or appoint a deputy.

Social golf on Friday. Sign in at 6pm for shotgun start at 6.15 pm.

Each receives €27 credited to their accounts in the Pro shop.

Each will have €17.50 credited to their accounts in the Pro shop.

Fixtures - Tuesday, August 9, Open ladies four ball 8.30 to 11.30am and 1.50 to 5.30pm; the 8 hole competition for beginners will continue on Tuesday evenings during the summer.

Competition this week will be 13 holes on Thursday.

Senior men’s Captain Noel O’Sullivan is putting up a prize for the best singles score. The usual team event will also be played. The golf will be followed by finger food.

There will a junior/juvenile open day on Monday and also a junior/juvenile Pro Am on Monday, August 15. The Junior Committee intend entering two teams in the Pro Am from the winners of juvenile competitions over the next few weeks. 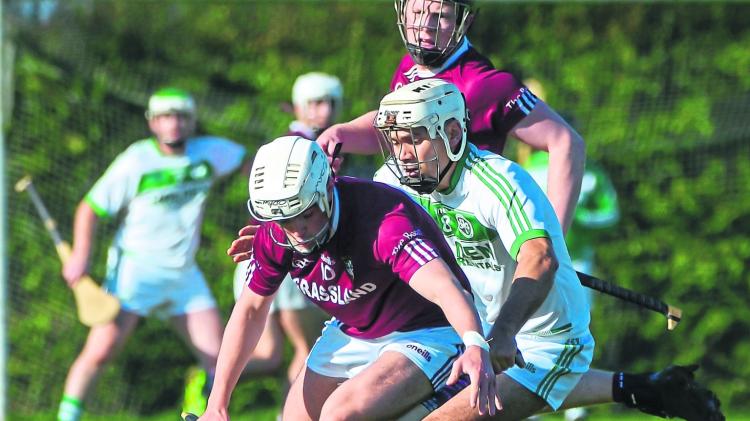