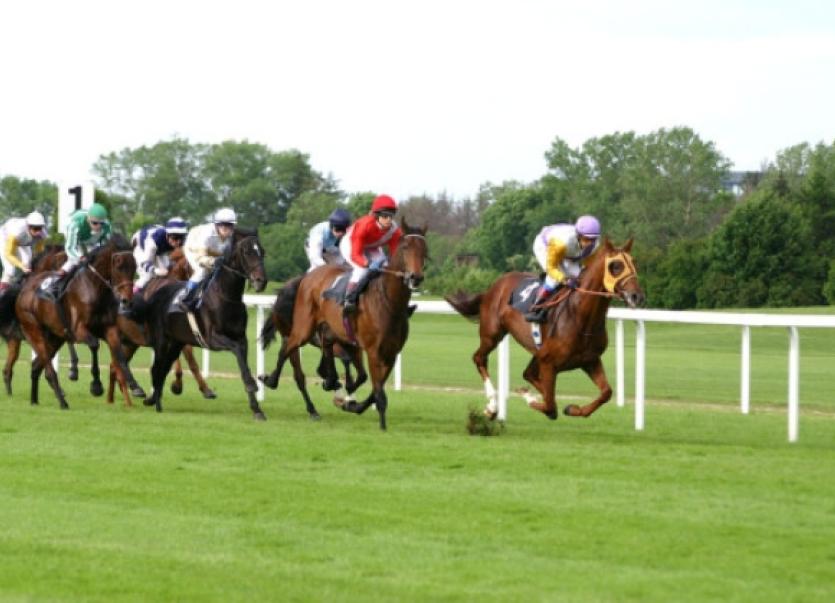 With the Thyestes Chase and Cheltenham looming on the horizon, punters looking for winning signs were given a real boost by several local horses at the weekend.

With the Thyestes Chase and Cheltenham looming on the horizon, punters looking for winning signs were given a real boost by several local horses at the weekend.

Willie Mullins led the way when he recorded a brace at Punchestown on Saturday,the winners including the exciting novice hurdler Douvan.

When the five-year-old slaughtered a useful looking field at Gowran Park on his Irish debut he was quickly installed favourite for the Supreme Novices’ Hurdle at Cheltenham.

However, the manner in which he disposed of the opposition in the Grade Two Moscow Flyer Novice Hurdle was more impressive.

He will travel to the Cotswolds as one of the Irish bankers, in spite of the confidence behind the Nicky Henderson trained L’Ami Serge.

An almost unbackable 1/3 chance, Douvan was settled just off the pace by rider Ruby Walsh. He never appeared to be out of second gear and without Walsh having to move a muscle came home three and a quarter lengths to the good from the Mouse Morris runner Alpha Des Obeaux, with Marinro a further three lengths back in third place.

This was a display that sent many searching for superlatives, but none would appear to do justice to the winner. If he remains in one piece between now and mid March the bookies at Cheltenham will need to be careful if they put him up at any kind of decent odds.

The runner-up Alpha Des Obeaux gained many admirers with his performance over a trip well short of his best. He was an impressive maiden hurdle at the venue back in November and finished second to Black Hercules over three mile at Cork before Christmas.

Morris is only punching in time with the five-year-old this season as he goes chasing in the Autumn. His astute handler is convinced that he has another War Of Attrition on his hands.

Mullins and Walsh got the meeting off the perfect start when Jarry D’Honneur made every post a winning one to take the opening two mile and four beginners chase.

A three-time winner over hurdles in his native France, the six-year-old had a nice fourth place outing over fences at Navan and word was that he improved in the interim.

In what turned out to be a good betting contest Jarry D’Honneur went to post joint favourite with Apache Jack but there was also solid support for the Henry de Bromhead representative Bishops Road.

All three were in contention turning to face the judge, but Walsh and his mount pulled clear after the final fence to land the spoils by eight and a half lengths from Bishops Road, who gained second money from Apache Jack in the dying strides.

This was a nice display by the winner, but with so much novice chasing talent in the Mullins stable it will be interesting to see where he comes in the pecking order when festival plans are made.

Slieverue trainer Eoin Griffin had his first success for owner J.P. McManus when saddling Rathpatrick to capture the five-year-old and over maiden hurdle at Fairyhouse on Sunday.

A Roscommon bumper winner early last Summer, the son of Oscar has shown glimpses of form over hurdles in the meantime but was the outsider of the McManus charges as Tony McCoy elected to partner the Tom Mullins runner Oscar Knight.

Rider Mark Walsh always had Rathpatrick lying handy and moved him into contention turning to face the judge. At this point there were several in with chances, including the Mouse Morris-trained favourite Baily Cloud, but this fellow departed the scene at the second last.

As the race opened up Rathpatrick responded well to the urgings of Walsh to lead after jumping the final flight and ran on strongly to beat Oscar Knight by four and a half lengths.

After finally got his head in front over hurdles the winner can only improve. He will be aimed at a novice handicap hurdle at Punchestown.

Tom Foley was next to visit the winners’ enclosure when Might Be Magic shaded the verdict in the two mile 83-109 handicap hurdle.

Strongly supported in the betting market Might Be Magic came with a tremendous rattle in the straight. In spite of not being foot perfect at the second last flight, Magic flew home to beat Go Anna Go by a head.

It was left to Willie Mullins to send local punters home happy when he finished with a double courtesy of Florishwells D’ete in the beginners chase and Au De Tour in the bumper.

The former under Tony McCoy was an easy winner in spite of several jumping errors. The trainer’s son Patrick recorded a comfortable victory aboard Au De Tour, an odds-on chance who could be on the team for Cheltenham.