Athletes head indoors for the weekend

WEATHER couldn’t dampen the enthusiasm of Kilkenny’s athletes at the weekend, as most of the action was held indoors!

WEATHER couldn’t dampen the enthusiasm of Kilkenny’s athletes at the weekend, as most of the action was held indoors!

Nenagh was the venue for the national juvenile combined events on Saturday and the Leinster indoor championships on Sunday. Kilkenny athletes were also prominent in the two big open road races over the weekend, the Raheny 5 and the Dungarvan 10.

A large contingent of athletes travelled to Nenagh on Sunday to compete at the first day of the Leinster indoor championships. The programme of events included the juvenile relays and the junior, senior and masters track and field events.

St Joseph’s also did well with the boys’ under-12 team winning gold and the under-14 boys’ taking silver. St Senan’s were unlucky to finish outside the medals, finishing with two fourth places at girls’ under-12 and under-14 levels.

There was more success for Kilkenny athletes in the individual track events.

St Joseph’s juniors did very well. They were led on their way by Eoin Power, who set a new championship record of 8.68m when winning the Junior 60m hurdles. Their junior relay team also won gold while Richie Schoeman had a 200m and 400m double.

Louise Holmes (KCH) was also a double gold winner on the track, winning the women’s 60m and 200m titles. Her club-mates Thos Hayes won the 3,000m race while Michael Bowler was first across the line in the 60m hurdles.

For St Joseph’s Verena Fenlon (Masters) won gold in the high jump and shot-put. She also took silver in the long jump and bronze in the 60m. Pat Power (masters) was a gold medal winner in the long jump. Emma Fenlon was second in the junior shot, making it a Kilkenny first and second.

Away from the track two Kilkenny athletes had good results in national road races over the weekend.

Brian Maher finished fourth in the Raheny 5. The KCH athlete crossed the line in a time of 24.07.

Some athletes from St Senan’s AC were in action with their school Abbey Community College in the East Munster Schools Cross Country championships. Jonathan Crowley was second in the boys’ minor race and Hugh Morgan finished second in the boys’ intermediate race.

Bronagh Kearns and Aine Kinsella finished first and second respectively in the senior girls’ race while Isabel Morgan was sixth in the minor girls race.

Further afield Anna Sheehan (KCH) and Hugh Morgan (St Senan’s) competed on the Leinster teams at the recent Antrim IAAF Cross Country Challenge. Anna finished tenth in the girls’ under-17 race and Hugh was 15th in the boys’ under-17 race.

The presentation of the 2011 County Awards will be held at a special function at Gowran Park at 8.30pm on Friday. Tickets, priced E15, are available through the clubs. 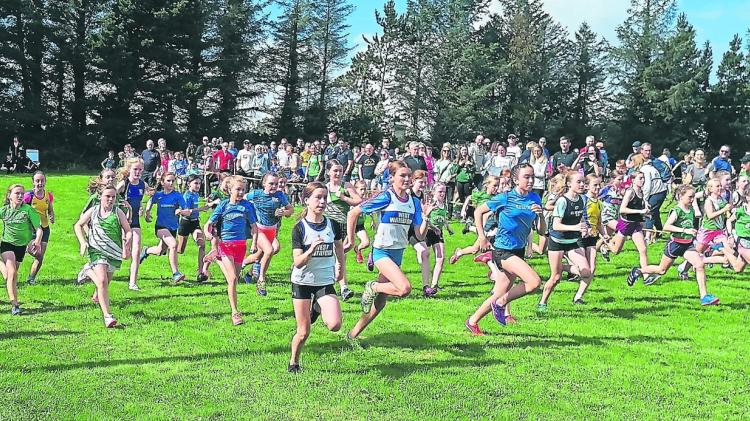