Butler shines aboard Dream On at Clonmel

Harristown jockey Mikey Butler gave a glimpse of his considerable talents at Clonmel on Friday evening when he made every post a winning one aboard Dreaming On in the opening two mile and four maiden hurdle.

Owned and bred by Ray Cody, the Eoin Doyle trained Vinnie Roe mare was easy to back at 8 and 10/1 as the big money was for the Eric McNamara runner, Sir Harry Cash. In the end this was the one to follow her home.

Butler set a steady gallop on Dreaming On but her hurdling was not all that fluent. However, after getting a breather on the downhill run to the straight she had built up an unassailable lead by the time the second last was reached and from there she kept up the gallop to finish in splendid isolation eleven lengths ahead of Sir Harry Cash.

No flash in the pan

Having finished second over the course and distance behind Tugboat on her previous outing at 50/1, Dreaming On has shown that that form was no flash in the pan. She was a shade untidy at the final couple of hurdles but it made little difference and she looks a mare that there is plenty more to come from.

Who’s Cross from the Willie Mullins yard got into the first division of the bumper as one of the reserves and duly started favourite, but he caught a tarter in the shape of Reafadda after running very green in the straight. Partnered by Pa King, the latter set off in front but looked venerable as Who’s Cross arrived on the scene turning for home.

To his credit Reafadda was showing no signs of stopping but Who’s Cross was hanging badly to his left and in spite of the efforts of rider, Patrick Mullins to correct him he was a length adrift at the line. The first pair finished no less than 13 lengths ahead of the third finisher Cloudy Morning, which would suggest that they are decent.

With the experience under his belt Who’s Cross will be very hard to beat when he next appears. The winner is well regarded by his trainer, John Ryan, and it will be interesting to see how this pair progress in the weeks and months ahead.

Regal One, which had a couple of decent efforts over hurdles for Callan handler John O’Shea, reverted to the level in the second division of the bumper and ran a corker to finish half a length in arrears to the Katie Walsh ridden Gold Bullet. Settled in mid-division, Regal One had plenty to do off the home turn as Gold Bullet arrived to take up the running but he never threw in the towel and ran all the way to the line.

On this evidence he looks certain to shed his maiden tag at this level before long.

One of first beaten

Big disappointment of the race was the hot favourite Return Spring from the Margaret Mullins yard. The Vinnie Roe gelding had created quite a stir when finishing strongly at Punchestown on his debut last month.

However, he was one of the first horses beaten and was a long way adrift of the principals at the business end. Winning trainer Michael O’Hare told me that he had his charge entered in a Wetherby claiming hurdle the previous week but decided against running him as he felt that he was better than that.

He now goes out to grass and will contest a winners race on his return at the end of the summer.

Inistioge born Tom Doyle had a fairly hair raising experience aboard Dazzling Susie in the two mile beginners chase. She led from the first fence to run the opposition ragged and saunter home ten lengths ahead of her nearest pursuer, House Rules.

Bred by Ronnie O’Neill near Kells, the daughter of Stowaway was a dual bumper winner and also a winner over hurdles last year. She was having her first outing over the major obstacles and if this is anything to go by she will be visiting the winners enclosure again.

Eric McNamara, who initially made his name as a showjumping rider, has enjoyed plenty of success as a trainer even though his star has waned slightly this term. He returned to form with a bang by recording a double courtesy of Tristram Shandy and Hevelius.

Partnered by his son, Emmet, Tristram Shandy had one or two respectable efforts in bumper races but was still easy to back. He came for his race in the straight and responded well to the urgings of his rider to defeat Special Tiara by a length and a half.

Hevelius completed the brace half an hour later when taking the extended two mile handicap hurdle under a polished ride from Rob Jones. Coming from off the pace the Polish Precedent gelding led two out and ran on strongly to hit the wire a couple of lengths to the good over Mick Darcy’s Mount Motaraqeb. 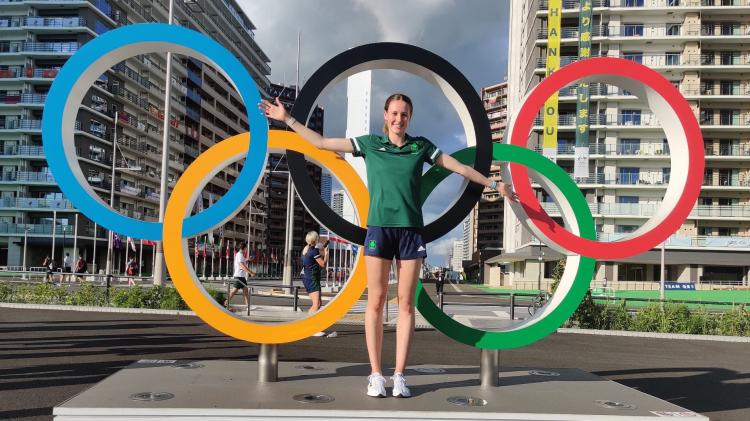