O’Neill keeps it in the family at Gowran 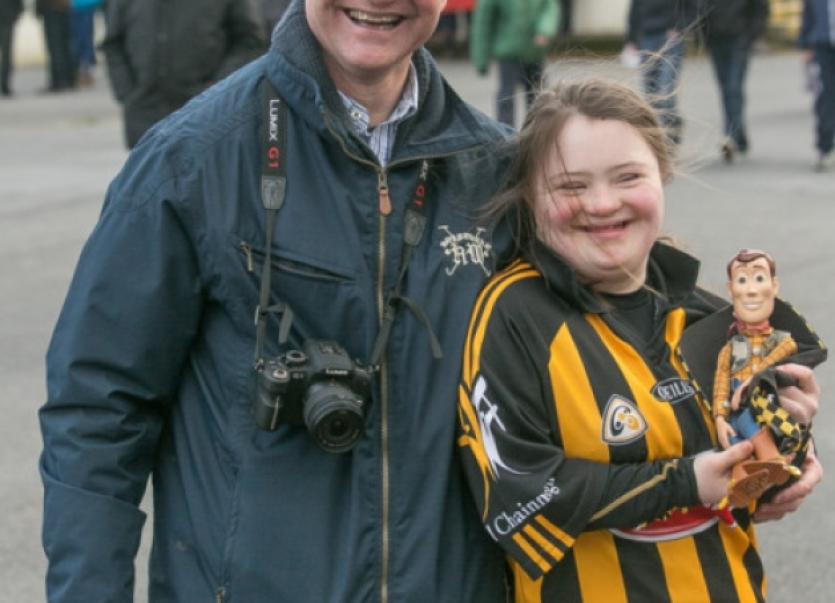 The trainer kept it within the family. Not only does he own the winner he also bred him, while his son John had the mount. The horse is by Stowaway, resident stallion at O’Neill’s stud farm.

Although the eight-year-old showed improvement when finishing third at Thurles on his most recent outing, punters ignored him and sent Charles Magnes to post as favourite in an open contest.

Settled well off the pace, Sydney Thompson began to creep into the race after leaving the back straight. He still looked to have plenty to do jumping the second last, but finished strongly to reel in the long-time leader Sunsetstorise by half a length with Charles Hansen a further three-quarters of a length back in third place.

Staying was the name of the game as far as the winner was concerned. He is a fine big horse and if he jumps a fence he looks capable of winning a staying beginners event.

With the breeding season just getting underway this was timely reminder to breeders that Stowaway represents good value. He will be represented by the Shark Hanlon-trained Hidden Cyclone in the Ryanair Chase at Cheltenham.

Willie Mullins, who is odds-on to be leading trainer at this week’s Cheltenham festival, proved his stable is in good form when sending out Tell Us More to win the bumper, a race confined to horses that have been competing on the point-to-point circuit.

Winner of his maiden at Tattersalls, the Scorpion gelding subsequently changed hands for 290,000 guineas. On this evidence this looks like money well spent.

Given a positive ride by the trainer’s son Patrick, Tell Us More took up the running after half a mile or so. He made the rest without coming off the bridle, finishing 12 lengths clear of Grand Isola.

This was a performance by a horse that we are going to hear a lot more about. He has everything going for him in terms of looks and pedigree, so his hurdling debut will be eagerly awaited.

Blow The Doors Off also cost plenty when he was purchased by JP McManus. Although a Sligo bumper winner he has been expensive to follow since going hurdling, but finally came good to take the opening maiden hurdle in the hands of Mark Walsh.

The money was down again here as this looked his best opportunity yet to shed his maiden tag over hurdles and, as a consequence, he started an odds-on favourite.

Always in the firing line, the son of Medicean was headed before taking a definite advantage early in the straight. Despite not being fluent at the last hurdle, he had enough in hand to take the money by three lengths from the outsider Jimmy Two Times.

Winning handler Conor O’Dwyer told me that his charge was not winning out of turn. He was a shade unlucky at Punchestown when failing to handle the tighter inside track, but is expected to make his mark over hurdles from here.

Sizing Granite, who was considered to be an unlucky loser at the venue when jumping poorly on his most recent appearance, made amends when running out an impressive winner of the two mile older horses maiden hurdle for the Henry de Bromhead and Andrew Lynch team.

A well backed favourite, the son of Milan raced close to the pace right from the drop of the flag. He was clearly travelling best of all turning to face the judge and once Lynch asked him to quicken he did so impressively to beat Desertmore Stream by seven lengths.

Having spent a year and a half on the sidelines after his point-to-point debut, Sizing Granite clearly has had his problems but on this evidence looks a nice horse.

He will now be aimed at a winners’ contest before going chasing come the Autumn. Being out of a Mandalus mare, he will appreciate a step up in trip.

Robert Tyner followed up his Clonmel three-timer with another success when saddling Instant Impact to capture the Grade B Handicap Chase over a two-mile and two furlong trip.

Nibbled at in the betting market at fancy prices, the 10-year-old made the most of his attractive racing weight, swooping late to overtake the Tom Foley runner Followmeuptocarlow in the shadow of the post and win going away by two and a quarter lengths.

Tyner revealed after the race that he rued not running the horse at Clonmel, but the decision to come here proved to be an inspired one as the prize money was several times greater.

Tyner was also full of praise for jockey Philip Enright, who held his nerve when things got tight on the inside rail after the final fence.