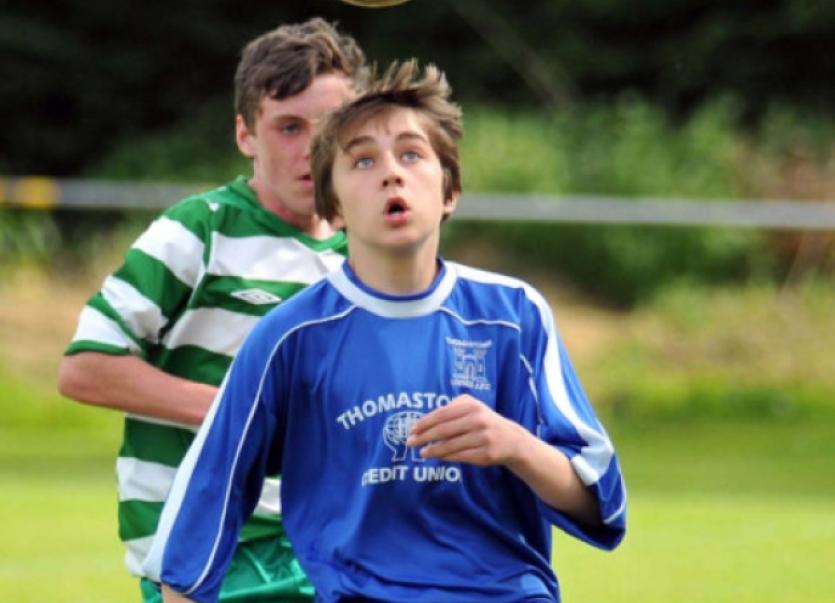 The old adage of follow the team in form had a ring of truth about it when a number of seasoned trainers scored wins at Naas.

The old adage of follow the team in form had a ring of truth about it when a number of seasoned trainers scored wins at Naas.

Naas has often been referred to as the punters graveyard. It lived up its name by having one or two upsets over the course of the evening.

The eclipse of the odds-on favourite Timbuktu in the opening juvenile maiden was a case in point, the spoils going to the Bolger representative Icy Lady.

Jointly owned by the trainer’s wife Jackie, the daughter New Approach - who had been placed third on her two previous outings - broke smartly in this six furlong contest and was always in the firing line.

When jockey Kevin Manning asked her to up the tempo at the two furlong marker and the response was immediate, as she drew clear to land the spoils by two and a half lengths from She’s A Pistol.

Tackling the trip for the first time, Icy Lady showed plenty of resolve and emulated her dam Kitty Kiernan, who won the race five years previously. She will return to the venue for a listed fillies race before heading to Royal Ascot.

Aidan O’Brien had some measure of compensation for the defeat of Timbuktu when Due Diligence justified strong support in the six furlong 80-97 handicap.

A winner at Saratoga before joining the Ballydoyle team, the War Front colt showed some promise on his Irish debut in a listed event at Dundalk and has gone the right way since.

Ahead almost from the time the stalls opened, Due Diligence had to be well stoked up by the trainer’s son Joseph before delivering the goods by a length and a half from Wind Inher Sleeves.

Speaking post-race O’Brien admitted that he was very concerned about the conditions as his charge would struggle in the soft ground, but just about got away with. He will be a much better horse once underfoot conditions improve. Due Diligence will now be upped in class, with the Greenland Stakes being mentioned as a likely target.

Dermot Weld, who is setting a scorching pace in the trainer’s title race, came up with what looks a genuine Oaks contender in the shape of Tarfasha, who simply bolted up in the Grade Three Blue Wind Stakes over a mile and two.

Having opened her account at the Galway festival last Summer the daughter of Teofilo was subsequently placed at Pattern level before going into Winter quarters. There seemed to be plenty of confidence behind her, in spite of the fact that she played second fiddle in the betting market behind Dazzling.

The Aidan O’Brien representative raced prominently until the two furlong marker, but looked one-paced from there as she dropped away to finish third.

In contrast Tarfasha raced in mid division, but improved to throw down the gauntlet in the straight. Scooting clear from the furlong post, she won comfortably by three and a quarter lengths from We’ll Go Walking.

Speaking after the race Weld said that his charge will improve considerably for the outing. With good ground and a step up in trip in her favour he will encourage the owner to have a tilt at the Oaks even though he already has the favourite in the race.

Weld and the Aga Khan are having a successful first season partnership, adding to their tally when Zafayan made a winning debut in the mile and a quarter maiden for colts and geldings.

Easy enough to back, the Acclimation colt showed slight signs of temperament before the race but settled reasonably well. He was one of the first to come off the bridle, but showed plenty of spirit to wear down Gypsy King in the closing stages and hit the wire a neck to the good. Weld has nothing fancy in mind for the colt and will await the handicapper’s verdict before making further plans.

This was a real family occasion as the Royal Applause gelding is owned by Caroline’s mother Orla.

An unconsidered 14/1 chance, Regal Power made a mockery of the form book as he came from well off the pace to get a clear run up the inside as strike in the dying strides to score by half a length.

Bought from the Eddie Lynam yard, the winner is a ‘gentleman of a horse’ according to Murtagh, who added that Caroline gets on well with him.

A fine horsewoman, she rides out every day at home and is determined to have a go at race riding before deciding on a future career.