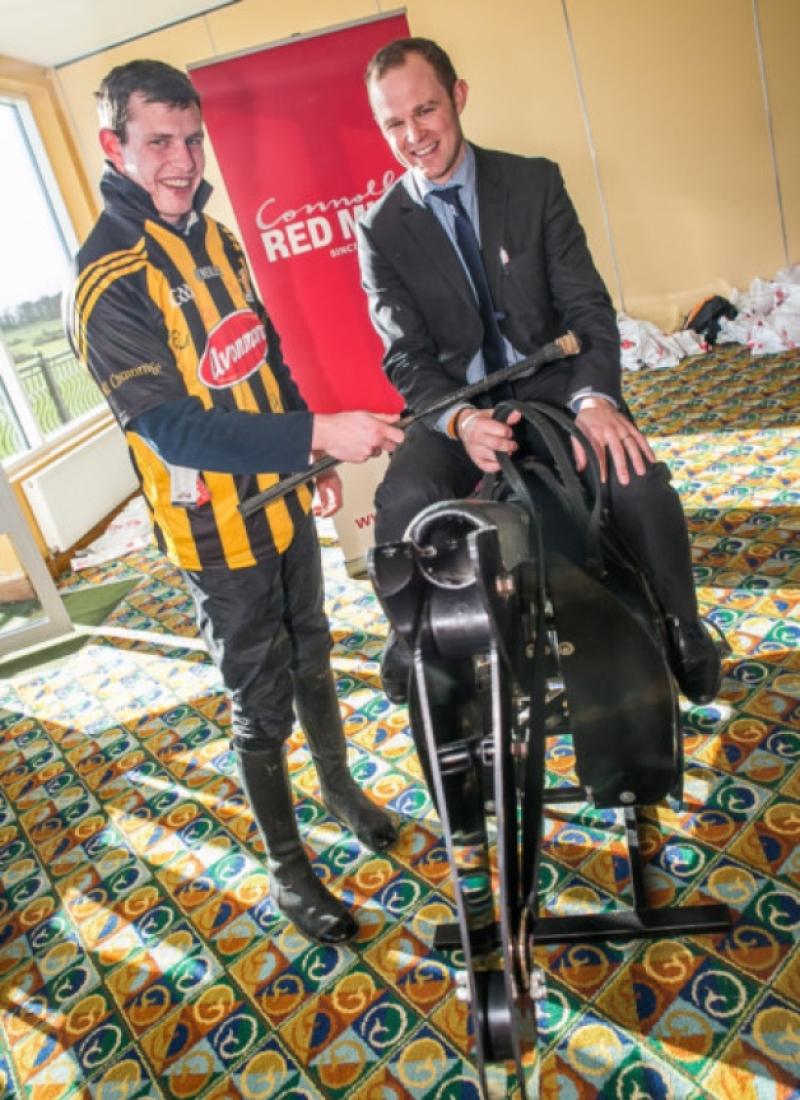 Leopardstown had a real feel of Cheltenham to it such was the quality of the racing that was on show at Sunday’s meet at the popular venue.

Leopardstown had a real feel of Cheltenham to it such was the quality of the racing that was on show at Sunday’s meet at the popular venue.

The ground was testing, but punters saw several horses that will have a big say when the Cotswolds festival rolls around next month.

Chief among these are the Willie Mullins pair Vautour and Ballycasey, who both landed Grade One successes.

The Robin Des Champs gelding Vautour put himself in line for a tilt at the Supreme Novices’ Hurdle when he comprehensively beat the favourite The Tullow Tank in the two mile and two Grade One Deloitte Novice Hurdle.

Ruby Walsh decided to let his mount bowl along from the start, gradually upping the tempo in the final half-mile. The Tullow Tank tried to throw down a challenge in the straight, but Vautour was not for catching and had three lengths to spare at the line. King Of The Picts from the Danesfort yard of Pat Shanahan ran a fine race to fill third place.

Next stop for the winner is Cheltenham. The way he galloped and jumped would suggest that the dreaded final hill would pose no problems for him.

Although only three went to post for the two-mile and five Grade One Dr P.J. Moriarty Novice Chase it was an intriguing contest. Mullins saddled Ballycasey instead of Champagne Fever - he proved to be a worthy substitute as he made every post a winning one to turn over the favourite Don Cossack.

Although not exactly foot perfect at every fence, the son of Presenting showed plenty of resolve when the favourite loomed up alongside going to the final fence and in the end won nicely by four lengths.

Although he missed last year’s Cheltenham festival due to a blood disorder the winner will have plenty of followers in whatever race Mullins has in mind for him. The RSA Chase would look to be the ideal target.

Ivan Gronzy was a raging hot favourite to get Mullins off to a winning Grade One start in the opening juvenile hurdle, but he had the content with fourth place behind the impressive winner Guitar Pete.

Trained by Dessie Hughes, Guitar Pete travelled well as the field headed towards the straight. Once Barry Geraghty popped the question going to the final flight he drew away to win comfortably by two and a half lengths from Tiger Roll.

Hughes revealed that his charge is a different type of horse to last year’s Triumph Hurdle winner Out Connor but is a great grafter. With the juvenile showpiece again the target, Hughes is convinced that Guitar Pete is in with a chance as the undulations of the track will suit him well.

Trainer Philip Fenton was disappointed by the defeat of The Tullow Tank, but was compensated when Last Instalment captured the Grade One Hennessy Gold Cup under a cracking ride from Brian O’Connell.

After spending almost two years on the sidelines with leg trouble the Anshan gelding made an eye-catching return at Thurles and now has the Gold Cup firmly on his agenda.

Jockey O’Connell wisely decided to up the tempo as early as the second fence because there was little pace on. Jumping from fence to fence, Last Instalment had everyone else in trouble well before the straight.

O’Connell was coolness personified as he got a little breather into his mount going down the back, where the expected challenge of the favourite First Lieutenant never materialised.

An elated Fenton revealed that all the waiting was certainly worthwhile as Last Instalment has come back as good as ever. Conditions suited the horse well, but while the Gold Cup is looking more open than usual Fenton hinted a note of caution when he announced that fast ground would be a concern given the problems that the nine-year-old has experienced.

Dermot Weld trains only a handful of national hunt horse but those under his care invariably pay their way. In Vigil, who slaughtered the opposition in the bumper, he has a horse of the highest class.

Bred to be a Derby winner the son of Dansili, who is out of a Sadlers Wells mare, failed to see a racecourse in time to do his pedigree justice, but he showed on his bumper debut that he is going to make his mark.

There was plenty of chat about the Willie Mullins-trained and Sue Magnier-owned Lockstockandbarrel, with the pair dominating the betting market before taking the first two places.

Settled off the pace, Vigil improved smoothly to lead early in the straight from where the race was effectively over as Robbie McNamara scarcely had to move a muscle before hitting the wire four and a half to the good.

Weld told me that he will sit down with the owner and discuss future plans, but it goes with saying that he has a Grade One bumper horse on his hands.