Kilkenny Property Watch: An opportunity to acquire a unique property in Inistioge 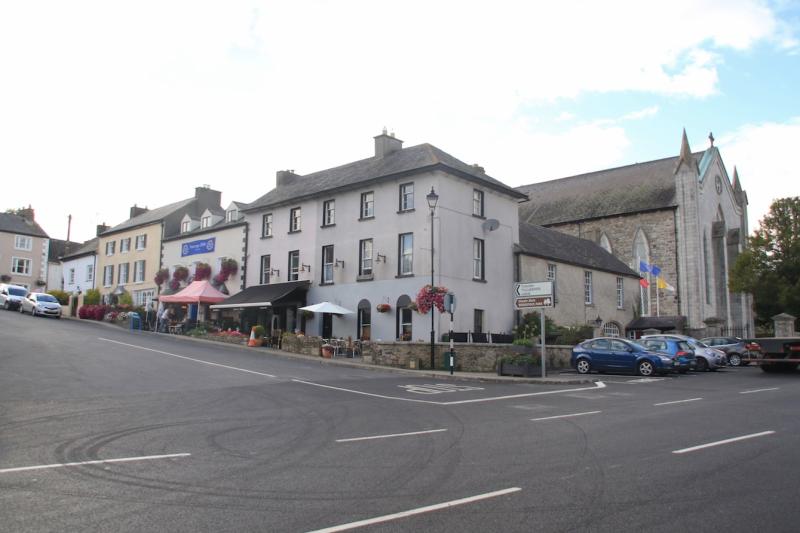 An opportunity to live, work and invest in one of Ireland’s loveliest villages with its own estate state office, restaurant and coach house, has arisen in the picturesque village of Inistioge where a unique property is on the market.
Rarely if ever has a property with such potential and prominence come on the market in the village of Inistioge and there is expected to be plenty of interest.
The Bank House was originally an Estate House and later a shop and is currently a successful restaurant. This building is now offered for sale together with the adjoining building known as The Coach House, formerly the Estate Office and later a residential house.
With Inistioge continuing to grow in popularity, the realm of possibility for the property is enormous.
The village has garnered international attention as it has been used as the backdrop for shooting a number of major films such as Circle of Friends, Widows Peak and Sacred Scripture.
The buildings known as Circle of Friends and the Coach House were featured internally and externally in all three films and are now for sale by public auction on September 28 with REA BOYDS.
The Restaurant and Coach House were formerly the one building but have operated separately for the last few years.
This is a once in a lifetime opportunity to acquire an iconic building in this award-winning village subject to local authority controls as a listed building.
For more information on The Bank House contact Michael Boyd, tel 056-7764833.