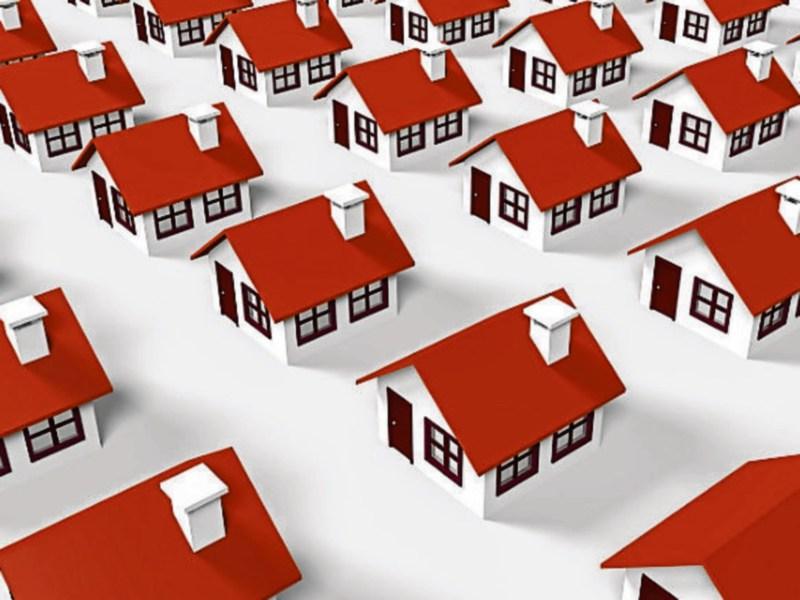 The Covid-19 shutdown put a temporary freeze on a healthy housing market - showhouses were closed, auctioneers couldn't facilitate viewings and sellers held out for a more open market. The return of viewings - even virtual ones - has served to show that the demand for houses remains high. Sale agreed signs are propping up around the country, but will they ever be replaced with sold signs?

A survey from auctioneers Sherry Fitzgerald released this week backs up the theory of residual demand defying the uncertainty of Covid-19 and the economy. 60% of respondents reported that their commitment to purchase a property was unaffected by Covid-19 with 20% saying they were now even more committed to buying. That's all well and good but that confidence needs credit or it is little more than bluster.

It's fair to say the pandemic has spooked the banks when it comes to lending, particularly to those on government wage supports. The Temporary Wage Subsidy Scheme was cooked up in a flash by Finance Minister Paschal Donohoe to save companies from disaster in the lockdown and to keep workers on the books. It was used by many companies to continue trading, so many of these workers on the subsidy have continued to work full-time and bring home the same wage. However, the unintended consequence is sinking the housing market.

The pillar banks are not facilitating the drawdown of mortgages for applicants whose employer is availing of the wage subsidy scheme. They tell us they are being prudent, pressing pause, and not pandering to political posturing on the issue. Chief Executive of the Banking & Payments Federation of Ireland, Brian Hayes, has been forthright in his defence of the banks' right to be cautious in the face of uncertainty - telling us we can't go back to the lending leniency of the past.

That's all makes for perfect PR for the banks at a time they are under scrutiny for the charging of interest on existing customers' mortgage 'holidays' - an ill-suited term for what is effectively an extension of your loan term and a future increase in repayments. But that talk is virtue-signalling from banks we all bailed out in 2008 but are they still wolves in sheep's clothing?

The banks' stance on the wage subsidy scheme rules almost 500,000 people, many of whom still working in their normal jobs, out of the mortgage market. That wouldn't be such a big deal if Paschal Donohoe and Co weren't currently agreeing to a vast extension and possible expansion of the scheme under the July Stimulus package, which would see new employees eligible and companies using it into 2021.

Applicants even with pre-existing approval are being asked to supply what's being dubbed as a 'clean' payslip showing that their employer is back to paying them fully on their own steam. The letters 'TWSS' need to be gone to satisfy their new criteria. The problem for the banks and the thousands of people who told Sherry Fitzgerald's survey they are ready to buy is that the extension to the wage subsidy will leave many of them without these 'clean' payslips and therefore without the ability to drawdown a mortgage and close a sale for many months.

So much of the demand out there for house purchases is, in effect, a zombie demand. It exists in principle. Much like mortgage approval in principle is just that, and while banks can and still are giving that approval, it is but a piece of paper and not the licence to actually buy a home as many take it to be. It is also perhaps the reason for so many sale agreed signs around the country and very few sold signs.

It seems everybody is uncomfortable with this blanket ban on lending. The banks themselves are even more uncomfortable that it is being called a 'blanket ban' in the first place, but that is what it is. Some of the pillar banks are suggesting in their soundings that they are taking drawdowns for those on the wage subsidy on a case by case basis, but for those on the ground, the reality is that the presence of the subsidy on your payslip means that case is closed, end of story, sayonara. That's a ban in anyone's book even if it's too dirty a word for them to admit.

Taoiseach Micheal Martin, new Minister for Public Expenditure, Michael McGrath, new Housing Minister, Darragh O'Brien and even the Governor of the Central Bank, Gabriel Makhlouf, have all put it on record that they are uncomfortable with an outright ban on lending to those on wage subsidies. AIB seemed to soften their cough and appease some of the critics last week by announcing a "u-turn" on their circular reflecting such a ban to mortgage brokers. However, it was a "u-turn" in words only as they stuck a caveat on the end - “in line with normal procedures the final assessment of the customer’s ability to meet repayments is always made shortly before drawdown." In other words, you won't get a cent until you can show your company is off the subsidy.

Interestingly, 55% of respondents to Sherry Fitzgerald's survey reported difficulty in securing a property in their preferred location, something the auctioneers say is a reflection of the ongoing supply-side shortage in the housing market. Banks need to ask themselves what exactly precipitates short supply more than anything else. The answer: Nervous builders. There is anecdotal evidence of developers putting the brakes on new phases of badly needed housing developments because of the uncertainty of having clients to sell to when they throw open showhouse doors.

This feeling is mutual for auctioneers. Chief Executive of IPAV, the Institute of Professional Auctioneers & Valuers, Pat Davitt, this week said: "it is difficult to see how builders would want to continue to build if only the select few could get mortgages."

He warned that if over-zealous lending restrictions are implemented by banks, it will ruin confidence among builders and cause house building to slow to a trickle.

“While no one expects lenders to engage in irresponsible lending, if lending to those on State Covid-19 payments who have jobs to return to are stopped or severely delayed from getting mortgages it is likely to have a devastating impact on the supply of new homes, which are already behind schedule as a result of the pandemic," he added.

Mr Davitt said there has been a patronising attitude towards prospective first-time buyers.

“The current narrative seems to be that aspiring buyers need to be protected from borrowing. In our experience young aspiring buyers are responsible and will of themselves not want to take on debt if they don’t have the confidence that they will have the capacity to repay their mortgages,” he said.

“They and their parents have learned from the last financial crash when they were encouraged to believe there was no end in sight to rising property prices.”

So it all begs the question: What happens to a market of unwavering demand when it is starved of supply and credit?