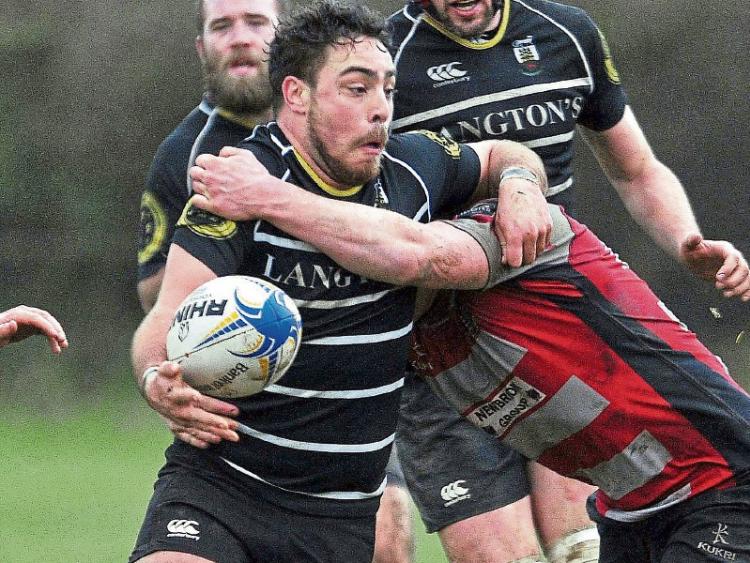 Kilkenny Firsts will take to the rugby cup trail at the weekend, and their current bogey team stands between theme and a place in the semi-finals.

The Cats will travel to champions, Enniscorthy to face the locals on Sunday (3pm) in what is a repeat of last year’s Provincial Towns Cup final.

This quarter-final clash will test Kilkenny to the full as the opposition are on top of their game having won the Leinster League Division I, which leaves them chasing senior rugby status next season.

“It will be a tough one,” admitted Kilkenny manager, Pakie Henebry.

“Enniscorthy will have a massive following. We are up against it, and the word coming back to us is that they are going to beat us out the gate.”

The clubs clashed in the Leinster League before Christmas. Kilkenny were 8-nil up at half-time, but they ended up being beaten by six points.

Enniscorthy visited Foulkstown after Christmas and scored a penalty in injury time to win that game.

“It was carbon copy of last year’s Cup final,” Mr Henebry recalled. “We should have beaten them.

“We owe them one, maybe even two. Our form is very good of late, however. We have suffered a lot of injuries from Christmas up to this, and we were missing three or four regular in every game.”

He said everyone was back and fit now, and Kilkenny will be bidding to half a bad run of results which has seen them lose their last two Leinster League games.

“In the last one we were safe in Division 1 A, so we tried out new players,” the manger explained. “The result didn’t matter, but we played well.

“The game before that against Ashbourne in Kilkenny were should have won too. Look, we kept our place in Division 1A which was most important.

“We would have to say that Enniscorthy are a bit of a bogey team for us in recent years, and before that we were their bogey team.”

He reminded that Enniscorthy won the Leinster Division 1A league and are now involved in a round robin with the other three provincial winners to see who will go senior nest season.

“They have all this going on at the same time as the Cup,” Mr Henebry said. “The round robin won’t start until after the Cup, but it has to be on their minds.

“That they are involved shows the level at which they are performing. They are a serious outfit.

“They had Declan O’Brien, who looks after the Irish ladies team, coaching with them for a few years. They are all their own reared players, with no imports.

“They are a serious outfit, but we could have beaten them a few times. We feel we have a game in us, and are not too far off the mark.

“They will have to perform well to beat us. We played Gorey in our second last league game. Gorey finished second in the League.

“Their opinion was that we have the beating of Enniscorthy. It is a knife edge game. Our history in the Cup over the last two years has been good, apart from the results in the final.

“We are gunning for this. We will hit this really hard. We are hopeful,” he insisted.