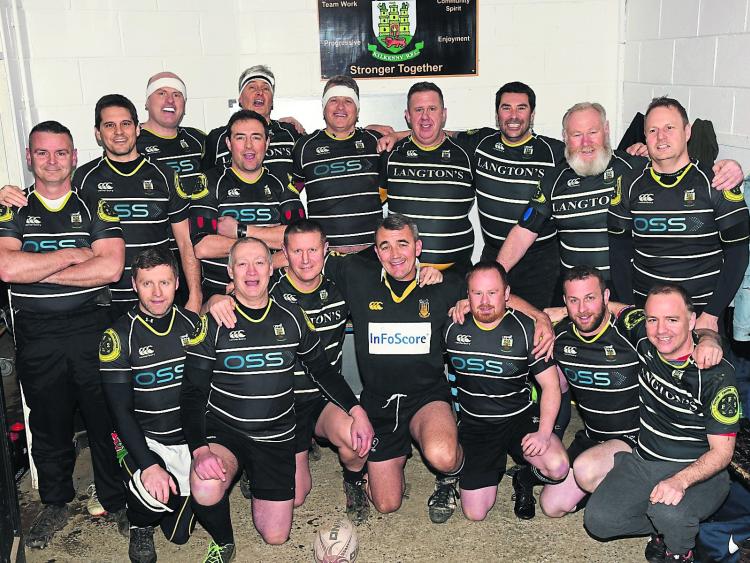 Old friends returned for a visit to the city over the weekend, and they were treated royally by members of Kilkenny rugby football club.

Pro Recco Rugby are an Italian rugby club based near Genoa, Italy. A party of 30 players, supporters and girlfriends came to Kilkenny during Easter 1996 and stayed in the old hostel on John's Green.

The party was led by club Captain, Allesandro Ghinnetti. They played two matches during the five day visit, one against Kilkenny RFC and the other against Tullow RFC.

In May 1997 Kilkenny players and supporters travelled to Chiaviari near Recco, where the club is based, on a five day tour.

The Cats played two matches, one against Pro Recco Rugby and the other against a local selection.

The Kilkenny touring party got a fantastic reception, and the hospitality shown by Pro Recco Rugby was second to none.

Pro Recco Rugby returned to Kilkenny with 38 players and supporters at the weekend and played an over 35s game against Kilkenny on Friday night in Foulkstown.

Kilkenny won a tight match by two tries to one. Matteo Bacigulpi, who captained Pro Recco, was also part of the touring party in Kilkenny in 1996 and Ronan Blanchfield captained Kilkenny RFC.

Ronan played in the 1996 and 1997 games against Pro Recco. Dinny Brennan and Mick Boyd also played in all four matches.

Allesandro Ghinnetti and Matteo Bacigulpi played in all four matches for Pro Recco. After the game on Friday night the players from both retired for presentations, food and drink to Nigel Daly’s, where, as they say, a great night was had by all.