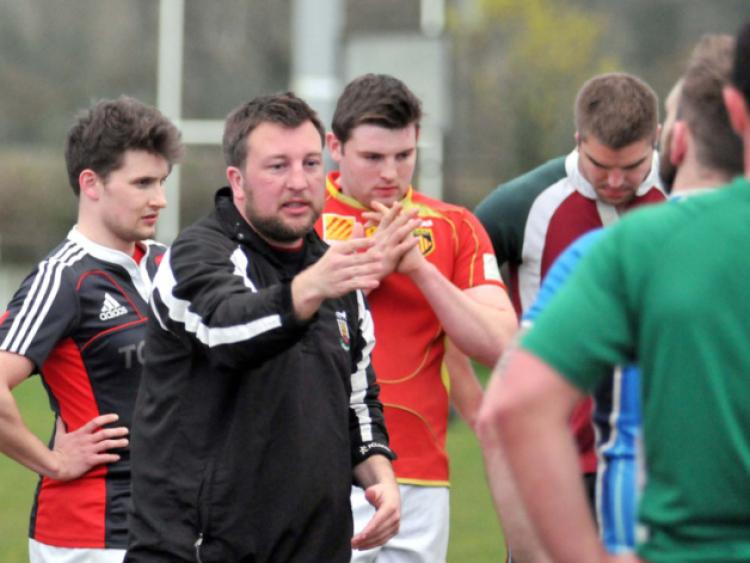 Popular opinion would be that Kilkenny are really up against it, but with a season of high achievement behind them they are not interested in easy talk.

Popular opinion would be that Kilkenny are really up against it, but with a season of high achievement behind them they are not interested in easy talk.

“We will have a right go. We have nothing to lose,” was the simple yet defiant message from team manager, Pakie Henebry.

The showpiece of Irish junior club rugby, the Provincial Towns Cup final, will be played in Cill Dara on Sunday (3.30pm) with the Kilkenny Firsts taking on red hot favourites, Enniscorthy.

Twelve months ago the Cats purred rather than roared when failing badly to Ashbourne (6-3) in the decider. Now with a terrific run of 17 wins against two defeats behind them this season, they fear nothing and no one.

The Division IB Leinster League title has been secured, plus a place in Division IA next season. Now for a crack at the big double, in what will be the Foulkstown outfit’s 12th appearance in the Towns Cup final.

Kilkenny last won the title in 2002 when Willie O’Mahony captained the club to a comprehensive 33-13 win over Co. Carlow. The year before they took the honours too, beating Portlaois 9-8, when Simon Manuel was the captain.

His son Joe Manuel failed in the bid to do what would have been a rare father/son double when leading the troops last season.

“We feel we are in a much better place this time,” offered Mr Henebry, who looks after team affairs with coaches Steve Ashmore and Keith Southern.

“It has been a brilliant season for us all round. The Firsts won the Leinster League. The Seconds, Thirds and Fourths all crashed out of the cups on the one weekend recently, but all enjoys good runs.

“Winning the League was massive. We were in Division IA around a decade or so ago. Once we dropping out of that we went down to Division IB, then 2A. We were struggling.

“When things are going badly it is hard to turn them around; you go down and down. It happened to us. It wasn’t nice.”

Mr Henebry and coach Paddy McDonald decided to take on the task of changing the fortunes when they starting working with the Firsts. The Cats were contenders in the League that season, but they missed promotion.

Later Steve Ashmore, who had been living and working in Athy, returned to the club and assisted with coaching. Slowly things were turned.

“Kilkenny is a big club,” Mr Henebry said of the Foulkstown outfit. “It would be classed as a Division IA team. Rugby people in the South East were all wondering what was going wrong when we sank.

“They were wondering was it the hurling that was hurting us. It wasn’t. We just fell apart from five or six years; went down and down and lingered in Division 2A or B.

“We just couldn’t get things going. Part of the problem was when lads went to college they didn’t come back to the club. We weren’t getting those lads back. We are starting to get them back now. That is vitally important.

“The good mood created by winning builds momentum. We have that momentum. Supporters are starting to come back. There was a time when we had no one going to games. It was terrible for years.

“Now all the former players, the lads who trained and coaching team and others, are all coming back. There is a great buzz around the place.”

All facilities, no team

Kilkenny, some sneered, had all the facilities but no team. There were willing bodies, true blue club officers and members, but not enough of them.

Near misses in competitions didn’t provide the spark needed to lift the dark mood. Kilkenny nearly made promotion in the League last season, but the good ’Cup run lifted spirits.

Mr Henebry was ready to walk away after that defeat. He felt he had offered the best of what he had to give. However, team captain David O’Connor, persuaded him in the darkest hours after that setback to have one more go.

The rest, as they say, is history. The League campaign started off with a defeat. The second reverse was suffered before Christmas, and then a squad meeting was called.

“There was a lot of straight talking,” the manager revealed. “The players were asked were they going to let another good opportunity go of winning the League? They haven’t lost since.

“We are on a good run,” Pakie continued. “One of the boys who was on the Cup winning team in 2001 and 2002 said after the sem-final that there was real style about the play of the team. Former international, Willie Duggan, has been quoted as being very impressed with things.”

A solid defence is the basis of the Kilkenny game. Steve Ashmore is massive on defence; high intensity play. Barry Daly is involved with the backs as well.

Different games have thrown up different stars. Canadian Andy Nyenhuis (25) was persuaded to join the club. He has been the find of the season. The 6’ 6” giant has already scored 16 tries.

“He has been massive for us,” Henebry insisted. “The captain was in Canada two years ago and he invited him over for a season.

“A load of different factors combined to change things. We sat down with the players last year when we knew we weren’t going to win the League. We asked them all to give it in the Cup. They did!

“They are all enjoying their rugby now I can tell you. There is nothing like winning to lift spirits. We used around 32 players in the league and cup, and no one let us down.

“For years when we languishing in the lower reached we had only a bare squad. Our Seconds were down. Now our Seconds are completing at a high level too.”

The most satisfying thing this season, he insisted, has been the reaction of the players after losing the two early games. The attitude has changed dramatically.

“The players didn’t seem to realise the quality they had,” the manager felt. “What we said to them they took on board. We don’t get medals. We like to see the players picking them up though.”

An army of supporters will travel to Cill Dara, including a strong contingent from the under-age section.

The ’Cup run to date, which featured all home games, brought wins over New Ross, Cill Dara, a bye in the quarter-finals from Skerries, before Clondalkin, were downed in the semi-final in Carlow.

Opponents Enniscorthy are physically strong, and they blew away all before them.

“They are a savage team,” the Kilkenny boss insisted. “We watched them in the South East League against Gorey earlier in the season. There was about 5,000 people at the game.

“It went to extra time, and in the end their power made the difference. They have beaten Dundalk, the Division IA champions three times this year, twice in the League and in the semi-final of the ’Cup.”

Enniscorthy are said to have an excellent back line and a strong scrum.

“We are being told we haven’t a hope,” Mr Henebry revealed. “We are massive underdogs. Some said it didn’t matter who won our semi that Enniscorthy would win the ’Cup anyway.

“We heard that and it inspires us. We have nothing to lose. We drew against them in last year’s South East final and they beat us in extra-time. Every game is there to be won, it doesn’t matter who you are playing.

“This is a cup final. The hunger is there with us. The players have no fear. We lost the final last year, so in a way we have unfinished business in the ’Cup.

“We feel we should have won last year. People felt we gave the title to Ashbourne.

“If you are beaten by 40 points by a better team, grand. That wasn’t our experience. That hurt the most. We lost 10 players from last year’s final, but the team has improved.

“We feel we can win. The players feel they can win, which is vital,” he concluded.