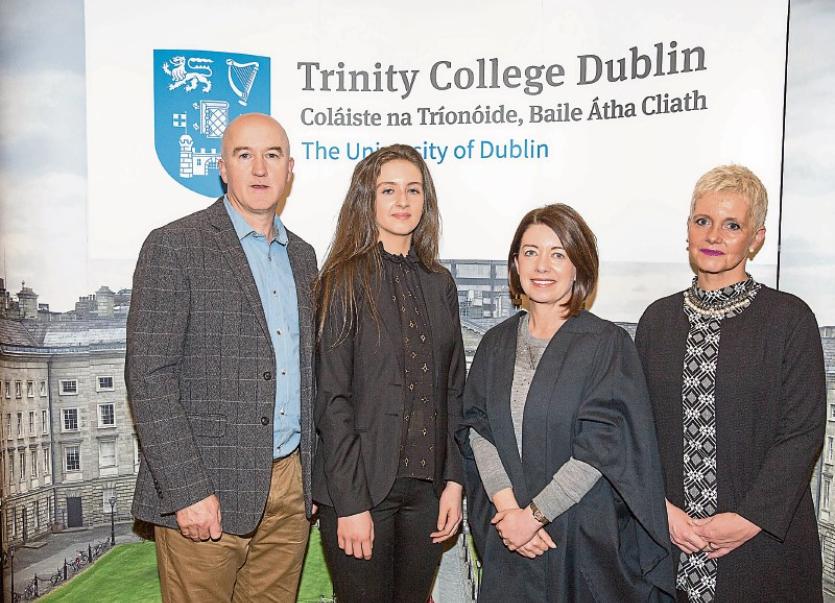 With the February 1 CAO deadline now looming, many sixth year students will be contemplating their college choices over the next few weeks.

This time last year, Sarah O’ Grady, from Ballyhale, was in the same situation. Sarah, who is shortly due to begin her second term at Trinity College Dublin, was recently feted by the university as part of their Entrance Exhibition Awards. These take place each year to celebrate some of the brightest students from around the country.

The traditional event is held on campus to mark the achievement of students who gain 560 points or higher in their Leaving Cert exam or second level equivalent. Five hundred and sixty points amounts to two A1s and four A2s, excluding bonus points.

At the award ceremony, Dean of Undergraduate Students Associate Professor Gillian Martin congratulated the students on this significant achievement, which reflected their 'exceptional ability and hard work'.

In addition each student was also awarded a €150 book token. Of the 460 Entrance Exhibition students, 44% chose Health Sciences, 33% selected the Arts, Humanities and Social Sciences, while 23% chose Engineering, Mathematics & Science.

Trinity College Dublin is ranked in 78th position in the top 100 world universities by the QS World University Rankings 2015.