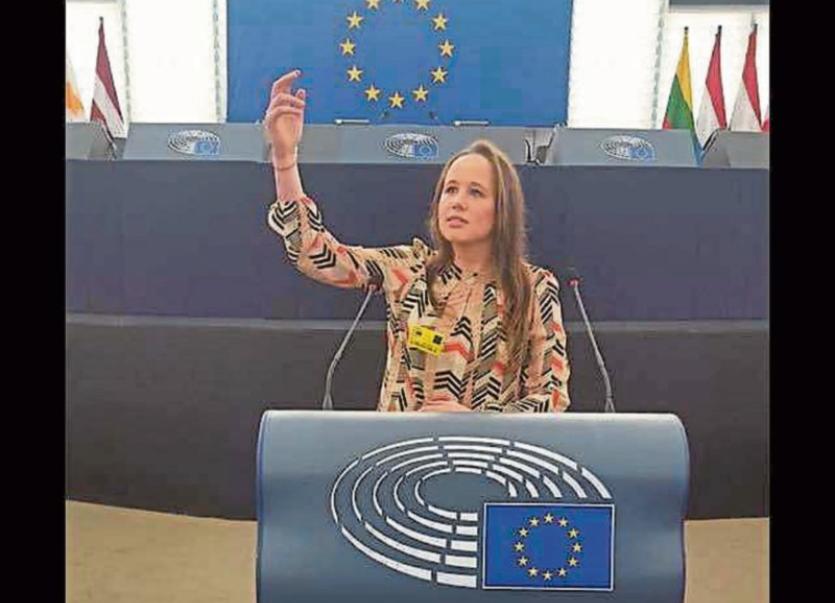 Monumental. I’m sitting at my laptop right now with the best intentions of writing an inspired report about my recent visit to the European Parliament in Strasbourg but when asked to write about such a significant experience, where does one begin?

I felt that the word 'monumental' was as good a place as any to begin, because for me personally, it encapsulates the essence of the trip.

The competition winners came from all over our enchanted island with all of us meeting for the very first time on this trip. To say we were apprehensive would be an understatement to say the least.

However, within 20 minutes, we were smack-bang in the middle of our first of many debates of this trip, 'the eradication of the Irish language from the Irish education system'. A trend that would later become, for me, a hallmark of the trip.

We finally met as a whole 'northerners and southerners', if you will, bright and early on Tuesday morning when our hectic itinerary began. From the hotel we travelled as a group to the European Commission Office in Belfast. Languages have always been a passion of mine and I must admit that during this particular session I was inspired to consider a future career in the EU.

We then visited Stormont for a Q&A session with MLAs from four political parties. I would have had no prior knowledge as to how politics in the north works and so this was an incredible opportunity for me.

As I’m sure you can imagine, the majority of the conversations were based on what is becoming more and more commonly referred to as the 'Brexit', and it was interesting to see the different parties’ views in relation to this topical subject.

We then moved our travels further south when we took on Dublin on Wednesday morning. We took a brisk tour of Trinity College before visiting the European Commission office in Dublin.

Here, we were presented with certificates from the District Governor of Rotary to acknowledge our success in the competition. We were scheduled for a Q&A session with party representatives in the Dáil that afternoon, but as luck would have it; this was the same Wednesday that Enda Kenny decided to dissolve the 31st Dáil. Instead, we checked in with the mayor in the mansion house before heading to an inspirational speakers session in the Hibernian Club.

We left the hotel the following morning at 4.30am. It was here that the 'morning people' were separated from the 'not-so-morning-people', shall we say. After a quick regroup in Frankfurt, we travelled on to Strasbourg. Here, we were given time to ourselves to unearth the true beauty of this historic city before returning to the hotel that night where we would present and debate our topics in preparation for the following day.

We spent the morning questioning a Hungarian MEP, and this time, the inquisition revolved around Europe’s response to the current refugee crisis. In the afternoon we split into six committees of about 80 people where we discussed our topics in finer detail. The topic I was assigned to was entitled 'Youth Unemployment in the EU'.

The Irish delegation took control in Strasbourg that afternoon, so much so that the man who was presiding over the discussion felt it necessary to ask if there was a public holiday in Ireland that day; we were everywhere!

To speak in the European Parliament has undoubtedly always been a dream of mine, and to have been given the opportunity to realise this dream in the presence of 24 of the most inspirational young people I have ever had the pleasure of meeting – well, what more can you ask for?

I would like to take this opportunity to thank everyone involved in making this trip possible. It was a phenomenal experience and I know that without a doubt I have made lifelong friends as a result.