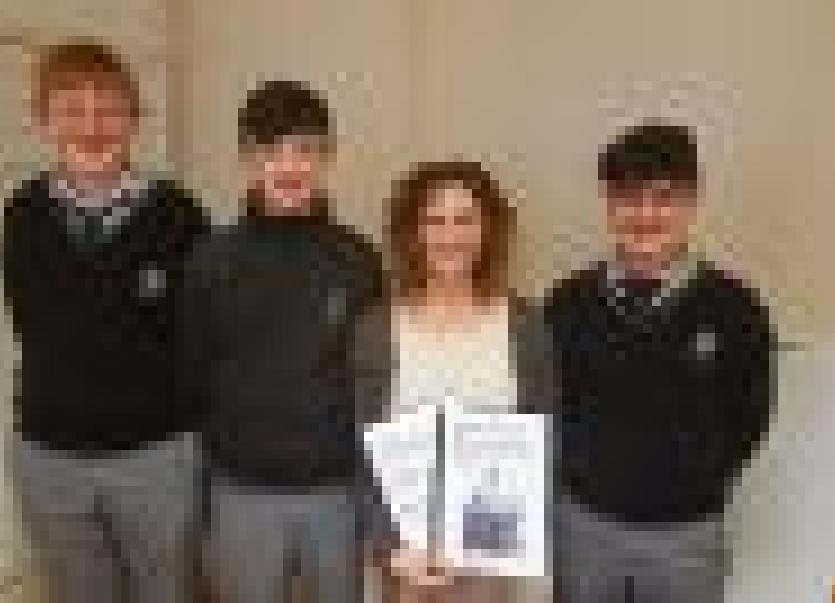 Three Transition Year students from St Kieran’s College were in action at the national finals of the Eco-Unesco’s Young Environmentalist Award held in the Mansion House, Dublin yesterday.

Their project, entitled ‘Wild bird Cover, Yay or Nay?’, was chosen out of over 500 entries to qualify for the final. The three students, Cathal Ryan, Alex McCluskey and Luke Gannon, studied the effectiveness of growing linseed and oat habitats as a part of the scheme GLAS.

This involved the monitoring of small populations of birds and to record how the plantation of the linseed and oats affected them. Recently, they had the opportunity to present their findings to MEP Lynn Boylan who offered advice on how to develop their work further for the final in the Mansion House.