St Kieran’s College student is in the top 1% 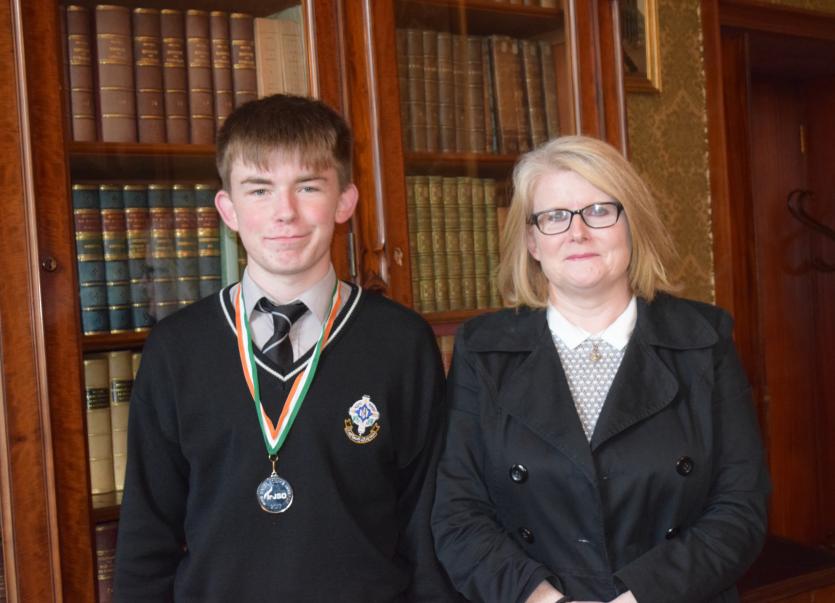 St Kieran's College student Eoin Morgan with his mother, Mary at a reception in St Kieran’s College to mark his success

A student from St Kieran’s College was recently selected to represent Ireland in The International Junior Science Olympiad (ISJO) in the Netherlands.

It’s a phenomenal achievement for Transition Year student Eoin Morgan as he joins only five other students from around Ireland to make up the team. Eoin qualified for the Irish team when he received a silver medal in the Irish Junior Science Olympiad (IrJSO) which was held recently in DCU.

The top 1% of Maths and Science students (based on their Junior Cert results 2017) were invited to this prestigious exam. The exam lasted for over two hours, during which, Eoin had to answer over 60 multiple choice questions.

To achieve a silver medal in such an examination, when pitted against the best students in Ireland, requires great knowledge, skill and understanding.

Eoin will now join the Irish Team consisting of the six top students in the country and will train with them to prepare for the ISJO, which will be held in The Netherlands this December. Over 50 countries will compete in an examination which will centre on the theme of ‘Water and Sustainability’.

We wish Eoin and the rest of the Irish team, the very best of luck in the Junior Science Olympiad, in The Netherlands next month.