Packed house for Dancing at Lughnasa in Kilkenny College 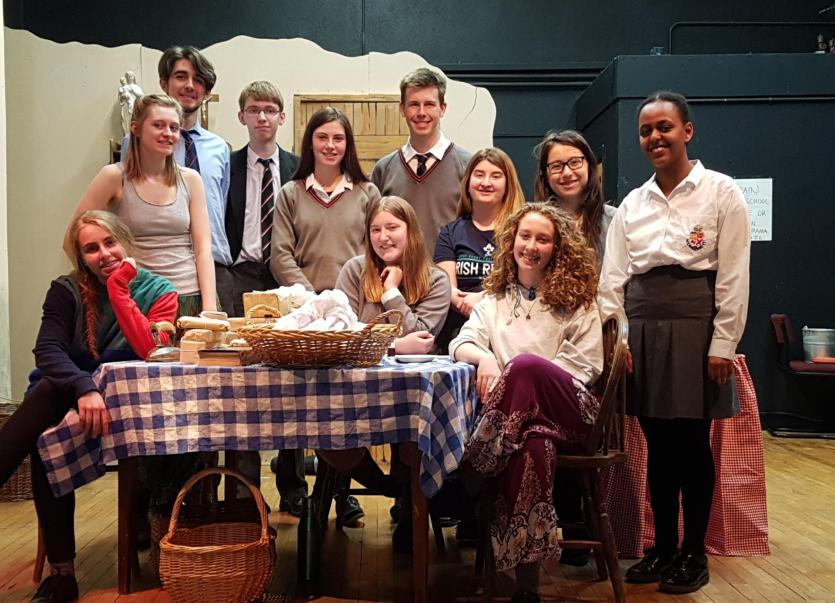 Cast and crew of the Kilkenny College production

Kilkenny College’s latest drama production  was a huge success  with a packed house for each night of its three-night run last week.

After previous successes with ‘One Flew Over the Cuckoo’s Nest’ in 2017, and ‘A Knight to Remember’ in 2016, teachers and students at Kilkenny College were eager to get another play in the works. A meeting was held for those interested, and production on ‘Dancing at Lughnasa’ began.

The play is based around Michael, the narrator’s memories of his life with his mother and aunts in 1930s rural Ireland, more specifically Ballybeg. The cast  comprised TY students, fifth year students and a sixth year, some of whom were newcomers and others veterans of the stage.

There is no sole star in the show, and though Michael may be a lead character, he takes a back-seat as the sisters own the stage. Everyone did an absolutely incredible job.  The cast was:  Joshua Good, Sean Gordon Dalton, Aidan Donohoe, Emma Norse, Sophia Peschke, Alex McNeill, Ellie Fogarty and Sophie Perry. The crew:  Sheena Doyle, Nyika Empey, Jemma Beale and Katie McKenna.

We all owe a big thanks to the teachers involved — Mr Jerry Clarke, Ms Trini Kenny, and Ms Sinead Keher. The school hopes that drama will continue to flourish and grow in the coming years.