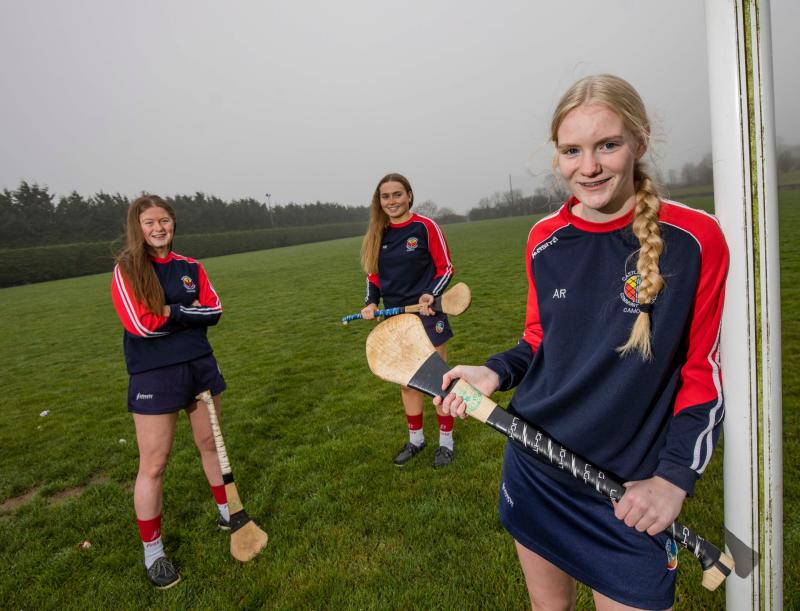 Over the course of the last two days, over 1,000 students from over 200 schools across the island of Ireland have been showcasing their projects and sharing their amazing discoveries with the BTYSTE judges.

Here are the Kilkenny entries up for awards:

1) How does fertilizer affect wildlife and the environment? We will compare fertilized soil to unfertilized soil. We will also throw a quadrant and see the difference in wildlife in the two fields. By Jack Watson and Bobby Schneider.

2) Calendar farming:Does it even work? My project aims on researching if farmers should be able to spread slurry during the closed period.This is currently illegal under the Nitrates Directive (2018). By Tom Gorey.

1) Do phones affect the quality and duration of your sleep? We want to find out if using your phone before sleep affects the quality of your sleep. By David Byrne, Jack Dowd and Luke Hamilton.

5) A study to establish the most effective cool-down protocol for horses post intense exercise, using the parameters of heart rate and respiratory rate. Our project aims to measure the rate of recovery of horses utilising heart rate measurement, following various cool-down routines after intense exercise. By Aoibhinn Ruane, Robyn Morrissey and Jayde Wilson.

7) Mob mentality. Who is more susceptible? We were inspired by a story our history teacher told us involving the murder of Kitty Genovese. We were very interested in how all 38 bystanders did not react to the scene creating an inclined interest in the "bystander effect". We would like to research more into the effect of mob mentality and see the qualities of it, such as which genders and personalities are more susceptible using the Myers Briggs personality test and some simple social experiments. By Petrina Roche and Holly Shirley.

1) The Perfect Sideline? We wish to investigate the factors which influence the execution of a successful sideline cut in hurling/camogie. E.g. player's height, hurl weight, distance from sliotar. By Hannah Coyle Twomey and Cáit Healy.

2) Does food affect your heart rate? We are going to give students food and test to see if their heart rate changes after they eat different foods. We are using fit bit devices. By Eva Prendergast, Lauren Brennan and Ailise Mahony.

3) An investigation into the possible link between protective headgear and skin conditions in camogie players. We will culture bacteria/fungi from two points on a hurling helmet and investigate the link with skin conditions such as acne. By Luci Brennan, Caoimhe Carroll and Aimée Kearney.

4) Solar power dessicant wheel efficiency? An energy-efficient clothes dryer. The solar panels will provide the energy for the dessicant wheels to turn. By Caoimhe Mahon and Robyn Nolan

2) An investigation into the effects of eating before sleep. To investigate whether eating food before sleep can affect quality of sleep. By Michael Cullen, James McEvoy and Patrick Foley.

3) How do quantum phenomena give rise to the reality we know? To investigate how quantum properties such as superposition and the wave function correlate with classical mechanics; attempting to merge the two different realities. By Conor Fitzmaurice.

4) Investigating saltwater batteries. Our project aims to investigate the amount of electrical energy that can be harnessed by using salt water. By Kevin O'Connor, Adam Noonan and Oisín Mealy.

The overall winner(s) will be announced around 3pm this afternoon!