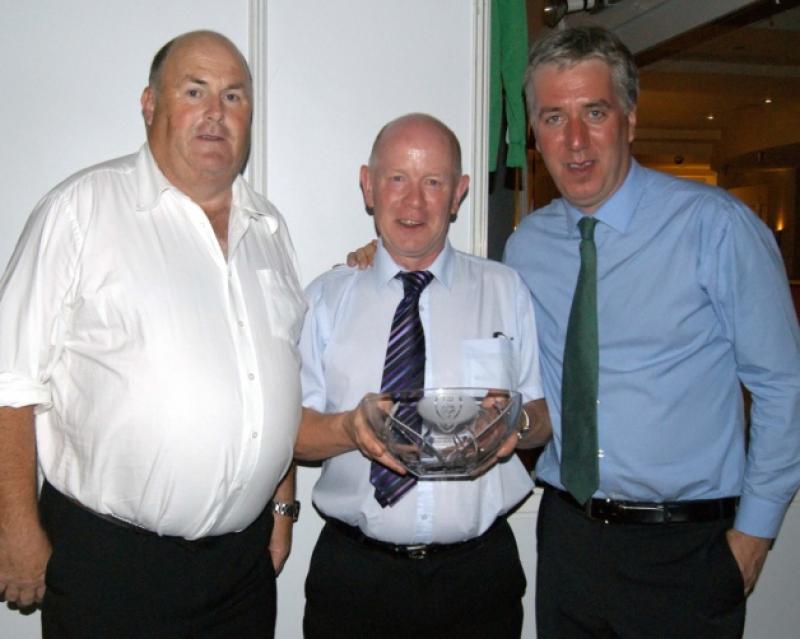 A KILKENNYMAN’S loyalty to the beautiful game has been rewarded with a national honour.

A KILKENNYMAN’S loyalty to the beautiful game has been rewarded with a national honour.

For close to 20 years Tom Mullins has been an integral part of the Kilkenny & District League. That hard work was recognised when he was named as a winner of the John Sherlock Services to Football Award by the sport’s main body, the Football Association of Ireland (FAI).

A former player with Fort Rangers, Mr Mullins was also a member of the club’s committee at just 16 years of age. He has been heavily involved in the local game ever since and has been part of the League’s main body for close on 20 years.

Mr Mullins was presented with his award at the FAI’s annual meeting, which was held in Wicklow.

News of the honour was hailed as a just reward by his fellow officers with the Kilkenny & District League.

“It’s a well-deserved award for all the work Tom has put in over the years with the League,” said League chairman John Corrigan. “As well as what everyone can see Tom has been heavily involved behind the scenes too. Tom was the schoolboys’ secretary for a number of years until he took over the junior role. He has been a huge asset to us.”

A number of Kilkenny soccer players will be on parade in front of President Michael D. Higgins while fighting for national silverware.

The troop, part of the Third Infantry Battalion from the James Stephens Barracks, will be in action in Tolka Park tomorrow (Thursday) as they try to retain the Cunningham Cup.

The final of the Defence Forces’ premier inter-unit soccer competition, the locals will put their title on the line against the Athlone-based Sixth Infantry Battalion, who last won the spoils in 2011.

Among the locals in the Third Infantry side are Newpark’s John Hayes, who scored a penalty in the first leg of their opening round win over the Aer Corps. Freebooters’ player Michael Comerford bagged two goals in the second leg, with former ’Booter Ian Cleary adding another as they moved into the quarter finals on a 7-1 aggregate scoreline.

Comerford doubled his tally with two more goals against the DFTC in the quarter-finals as they beat the Curragh side 6-1. He was on target again in the semi-final, scoring as they beat last year’s finalists the 27th Battalion 3-1 to continue their quest for a fourth title.

Other locals who have played a part in the march to the final are Denis Dowd (AC Kilkenny), James Kelly (Freebooters), Shane O’Neill (Newpark) and former Freebooter Craig Wall, who now plays with Wexford Youths. The side is managed by former Freebooters duo Sean Doyle and Johna Culhane (assistant).

“We’re really looking forward to the final,” said Doyle. “The standard has been very good all year and we’re ready for a big day out.”

The final, which will be held in Tolka Park, kicks-off at 11am.

Freebooters will hold a Summer camp for schoolboys and schoolgirls in August.

The cost is E40, which includes an Academy training kit of t-shirt, shorts and socks. Bookings can be made by contacting 086-2517678 or email freebootersschoolboys@gmail.com