Clubs encouraged to use football to help develop movement for hurling 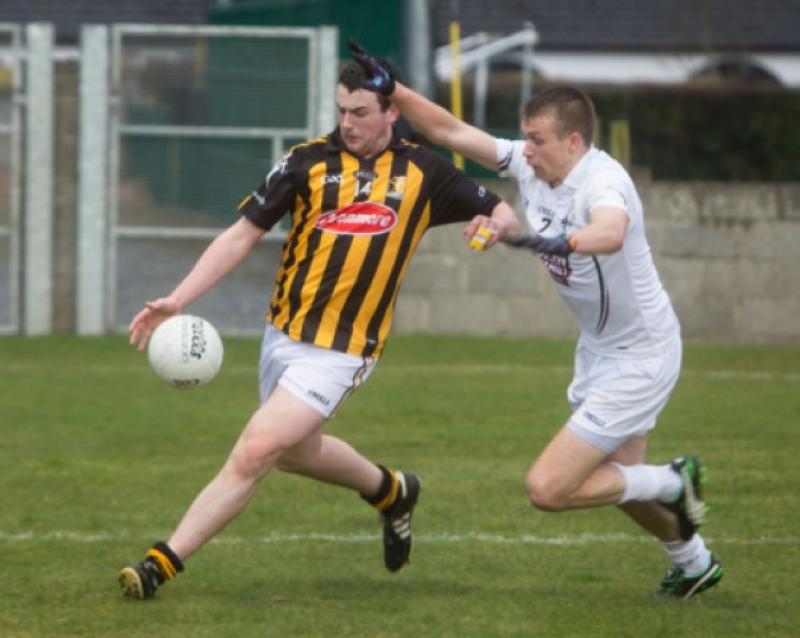 Difficult for Kilkenny to find positives after a 34-point thumping (2-29 to 0-1), but they were there. A panel of 26 players turned out. The team listed on the programme showed just one change from the one fielded, writes John Knox.

Difficult for Kilkenny to find positives after a 34-point thumping (2-29 to 0-1), but they were there. A panel of 26 players turned out. The team listed on the programme showed just one change from the one fielded, writes John Knox.

For Kilkenny, that was good news, an achievement, bearing in mind only a few weeks earlier, just one player turned up for a training session at which he was out-numbered by four team officials.

At rain-lashed Ballyragget last Thursday night, he swept water off a saturated pitch and shovelled compost to be spread in the goalmouth so the match could be played. Commitment! Some of the unscheduled things the volunteers do, simply because of the commitment to the cause.

The former Leinster Hurling Officer wasn’t blind to what unfolded in the 2-29 to 0-1 battering dished out by Kildare in the Leinster minor football championship.

“They are good footballers,” he continued in his assessment of his charges. “That is what kills me altogether.”

Thing is, he has seen the broader picture. The same group of “young lads”, as he called them, were able to beat Kildare at under-14 and 16 levels when involved with Kilkenny Development Squads.

“It wouldn’t be the full Kildare team, but it would be strong,” Brendan said, when he gave precise context to the comment.

Why the difference now then, one asked?

“That was our first match,” shot the reply. “Kildare have been training for months, and playing all football. Our lads were playing hurling up to a few weeks ago with their schools or colleges, which is great. The fact that we in Kilkenny have so many successful colleges is a terrific thing.

“We should be able to get a good or reasonable football team out of it all. We just don’t have enough time with the players.”

Perhaps, one suggested, it was time to assemble a Kilkenny under-18 squad that would do duty in both the hurling and football championships. A commit to one, commit to both sort of thing that would do away with the chase for footballers.

He let that one pass!

Football, O’Sullivan insisted, should be embraced more by Kilkenny clubs and players.

“The county needs to wake up to the fact that football will be of benefit to hurlers,” he said when he elaborated on a firmly-held view. “Football helps gives a better fitness level. It also helps players develop more movement to their game, and they learn how to jump properly in order to field the ball.”

In Ballyragget, Kildare out-fielded the opposition in virtually every contest. The Dicksboro and former Thomastown clubman recalled that someone said after the colleges All-Ireland hurling final involving Kilkenny CBS and Dungarvan Colleges that the latter dominated were in the air.

“They are all playing football for Dungarvan CBS in an All-Ireland final,” he noted.

“It doesn’t do them any harm when it comes to hurling.”

He said a perfect example of how football know-how could help hurling was seen with the Kilkenny senior team. Coach/trainer, Michael Dempsey has brought football skills into hurling.

“Look at Richie Hogan in the picture on the paper a few weeks ago,” Mr O’Sullivan asked, “he was way off the ground. I think Michael Dempsey has helped Kilkenny in this regard. We are trying to introduce the development of this talent into the Kilkenny Development Squads. Basically we are trying to teach lads how to jump properly. It comes normal to some lads, but not to everyone.

“Every club should introduce a bit of football into their training. It will benefit the players. It will give them more stamina. It will give them a different idea on movement and will help their mobility. It would benefit clubs to do it.”

The way forward! Meanwhile, the Kildare hammering has to be swallowed.

“All in the county can look at ourselves and see what we can do to improve the game,” was Mr O’Sullivan view on things. “We can’t give up on the game. It was a tough night, but something good can come of it.

“We looked at things afterwards. In the team, we had only three lads up to the age of 18. The rest were 17. Three or four were 16. They played good football at times, but they did the basic things wrong. We don’t play enough of the game, so what can we expect?”

Basically, Kildare were into the next round after a mere two minutes’ play. They opened with a point on 25 seconds from Aaron McConville after Mark Sherry and wing-back Jamie Connolly worked the ball down field from the throw-in. Before a minute showed, the ball was in the net, via a penalty from Ben McCormack. An additional point from Ryan Houlihan left it 1-2 to no score before Kilkenny players even caught a breath.

The losers were hesitant moving to the ball; unsure when they arrived at the point of contact. Players who would normally gobble up a sliotar and drive through tackles held back, did a double think because what the things they were trying to do didn’t come normally to them.

And so things continued…..at half-time, the difference was 2-12 to no score. Kildare had kicked 11 wides too. Kilkenny hadn’t one shot on target.

The losers’ lone score arrived in the 37th minute, a well-taken left footed point from 40 metres by Jason Byrne (2-15 to 0-1). The rest of the game was fought out inside the Kilkenny ‘40’. The Kildare goalie only handled the ball to place it for the kick-out after Byrne’s score.