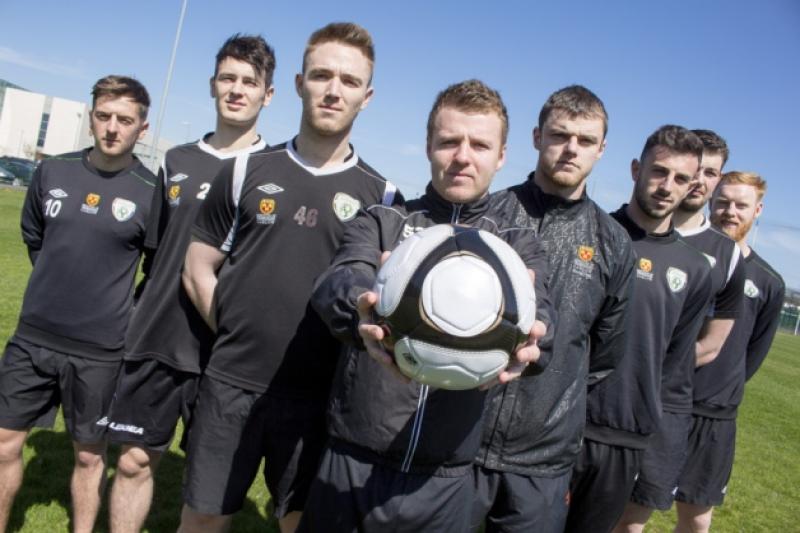 He has played on pitches all over the country - now Dean Broaders is getting ready to take his game to the international stage!

He has played on pitches all over the country - now Dean Broaders is getting ready to take his game to the international stage!

The Kilkennyman has been called up to represent his country at this Summer’s World University Games in South Korea.

Broaders, a Sports & Exercise (Soccer) student at IT Carlow, is one of eight students from the university who have been named in the men’s squad who will be in action in Gwangju, South Korea this July.

“I was delighted to get the call up to the squad,” said Broaders. “I’ve been looking forward to this for the last two years, so I’m just happy to get the nod.”

The Graignamanagh native, who currently plays for Wexford Youths in the Airtricity League - he was on target in their record 7-0 win over Cabinteely last weekend - sealed his spot in the Irish side after scoring against Wales in a friendly in March.

Doing so means he has followed in the footsteps of another local. Billy Brennan, currently preparing for the Irish Cup final with Portadown, represented Ireland at the games in Bangkok (2007) and Belgrade (2009).

The World University Games is the second largest sporting event in the world after the Summer Olympics - 10,000 of the best athletes from the world’s third-level institutions will participate in 21 individual sports.

While making the squad is no mean feat, the real challenge begins now. Broaders, who previously played for Freebooters, Highview Athletic and Thomastown United, must raise funds to help pay his way to the games.

“The cost of going to the Games is about €3,000 per player,” he said. “We will get funding from the FAI and the college, but with eight IT Carlow players named in the men’s squad (more could follow in the women’s team) we’ll have to raise some of the money ourselves.”

Ireland have been handed a tough assignment in Korea, as they have been drawn in the same group as China, Russia and Uruguay. Their campaign begins on July 2.