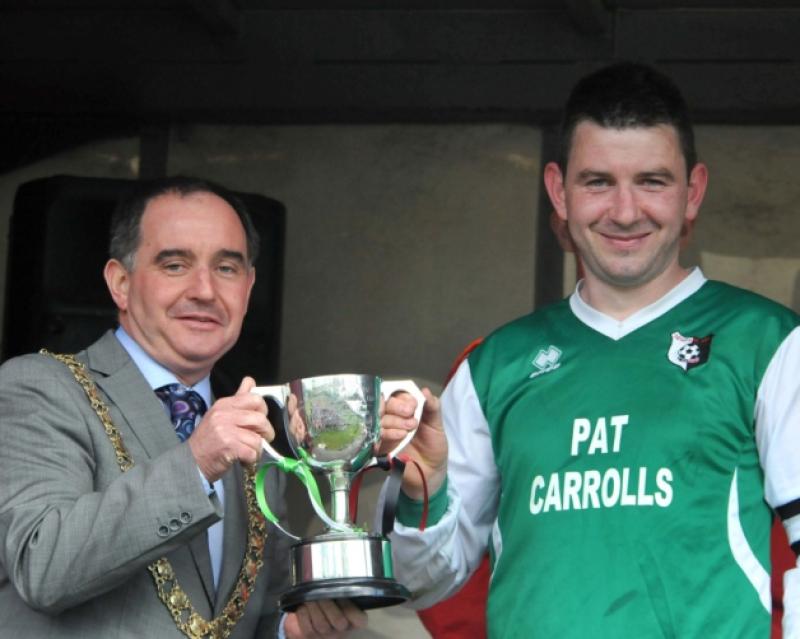 Champions Newpark have been given top-flight opposition as they begin the defence of their McCalmont Cup title.

Champions Newpark have been given top-flight opposition as they begin the defence of their McCalmont Cup title.

The city side, who got their hands on the cup for the first time when they beat Brookville 1-0 thanks to a Shane O’Neill goal in last year’s decider, have been drawn away to Bridge United A in the opening round of the 2014 competition.

Other plum ties in the first round includes another all-Premier Division meeting with the Lions A hosting Evergreen B. Current table toppers Freebooters A have been drawn away to Newpark C while Division One leaders Callan United, who won the Cup in 2012, will entertain Fort Rangers.

Of the remaining ties there are two all-Division One affairs. Tullaroan have been paired with Deen Celtic, while Spa United will host Freebooters B.

No dates have been announced for first round games but, owing to the number of weekends lost to the bad weather, it is expected that matches will be played when team schedules allow.